5 Questions to Ask When Watching Yourself 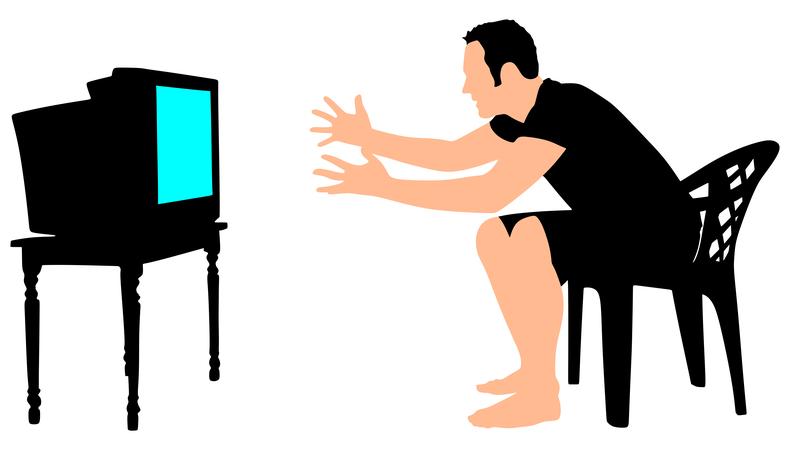 After 20 years of teaching, it still surprises me when actors say they don’t like watching their work. If an actor wants to improve, it should be an essential activity. But I sometimes wonder if the resistance comes from not knowing what to look for. If you happen to be one of the actors who “don’t like” watching yourself onscreen, I have five questions for you to ask yourself about what you see onscreen:

Is it something you control?
Many actors don’t like watching themselves because they don’t like they way they look under basic lights in class. With the amount of effort that goes into creating beautiful lighting, interesting (and flattering) angles, and linking images that craft a compelling story onscreen, it is a waste of time to lament how one “looks” in a class, because it’s almost never likely to be that kind of quality on a TV show or film production. Focus instead on the techniques, and whether or not one is being believable in the scene.

Is it superficial?
Do you dislike seeing yourself because of the shape of your nose, the slightly unusual curve of your ear, or the way one eye is lower than the other? Before seeking out procedures to modify superficialities that concern you, consider that it’s entirely possible that nobody but you cares.

Having heard thousands of actors point out their flaws I can honestly say that not one of their perceived flaws had crossed my mind before they drew my attention to it. Unless you have a giant spiral horn protruding from your forehead and a blue birthmark in the shape of Bart Simpson on your right cheek, I wouldn’t worry. And if you do, then you’re probably more castable than you think!

Physical, vocal, emotional, and psychological habits may be the real issues that are bothering you, but without identifying them you think it’s just your eyebrows that are too bushy. The good news is, all habits are all changeable—if you know what you’re looking for, that is.

Does it even matter?
Part of being a star is that you get to choose what you care about and what you don’t, regardless of what others think. Tom Cruise’s teeth are crooked. Oprah’s feet are scary. Peter Dinklage is short, Adrian Brody has a big nose, Gabourey Sidibe is big, and Google “Denzel’s finger” if you want to see something really odd.

If you’re seriously analyzing your habits and not just your physical oddities, remember that Jim Carrey has made a fortune from pulling faces and Jeff Bridges once had someone count the number of times he ran his fingers through his hair in his films. From memory, it was many hundreds.

It’s unlikely that every character you play will have exactly your mannerisms, but that doesn’t mean you can’t still be successful in your own way by embracing them.

How hard are you willing to work to change it?
If you want to change something, then change it. I don’t care much for plastic surgery, but I have known many people whose life has changed overnight as a result of the confidence boost they receive afterwards. My focus is on all the changes we can make to who we are that are free and painless.

We can change our habitual fear and our distracting mannerisms that protect us from emotional honesty, and we can work on a grounded and resonant voice to make access to emotion even stronger, leading to even bolder and more interesting choices.

Watching yourself need not be painful. If you care so deeply about what others think, know that nobody else is as critical of you as you are. I guarantee it. If you see something you don’t like, ask yourself these five questions.

If you can (and want to) change it, change it. If not, accept it and set yourself free.

Now that you’ve learned how to watch yourself, check out Backstage’s commercial audition listings! And this may be the perfect time to take another look at your reel; the video below offers some great advice!

Paul Barry
Paul Barry is an L.A.-based Australian acting teacher, author of “Choices,” and a Backstage Expert. Barry runs on-camera classes in Santa Monica as well as online worldwide and conducts a six-week program called Dreaming for a Living, coaching actors, writers, and filmmakers in how to generate online incomes to support their art.
END_OF_DOCUMENT_TOKEN_TO_BE_REPLACED