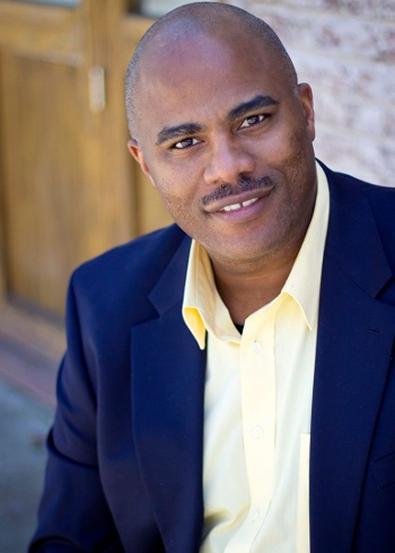 VoiceOverCity Atlanta began in 2012 as a Meetup group organized by voiceover actor Gerald Griffith, who was new to the city and wanted to learn more about the industry. After the group grew to more than 100 members, Griffith created VoiceoverCity, which now holds weekly classes at their Atlanta location.

Do you work more with newcomers or professionals?
We don’t work with one particular level. What I try to focus on is teaching communication skills, so by extension you can be a better voiceover talent or a better actor. I tell beginner students to watch TV and take note of the commercials; record them and watch them and listen to what people are booking today. Can they go back and practice to get the essence of that?

Do you recommend that actors get an agent?
Here’s something I recently realized: Everybody is an agent. Someone may offer you a job that you can’t take, but you already have a roster in your head of several other people to recommend. This is why I tell students to treat everybody with a certain level of respect, whether they’re new or a veteran, because that person may get you your next gig. And they won’t take 15 percent.

What do you recommend a voiceover actor do to get ahead?
A lot of it is more than talent—it’s how you carry yourself on the job. Are you prepared? Do you show up on time? Are you willing to go that extra mile? Do you understand the business that you operate in? What if you’re asked how much you charge but you don’t know? Well, that could’ve just been your big client, but because you didn’t understand the business, they’re going to look elsewhere.

How has technology changed the industry?
Many clients don’t bring talent in to record—instead, the talent records at home, so the actors don’t necessarily get the direction and feedback that they would’ve gotten in a studio; they’re recording in their closet and have to be the tech and the talent. So in addition to voiceover classes, we offer classes in subjects like editing in FinalCut Pro, because these days, actors need to know the technology.

Is it better to have a wide range of voices, or to specialize in one?
It’s very much an individual thing. I recommend people play to their strengths. For instance, we work with women whose voices can sound very young—their work isn’t limited, just more defined. They may not be doing voiceovers for corporate videos, but they are working in animation or children’s books. There’s a market for pretty much any voice. And the film industry is growing so much here in Atlanta, so I’m happy that on the voiceover side we’re seeing a lot of growth as well.