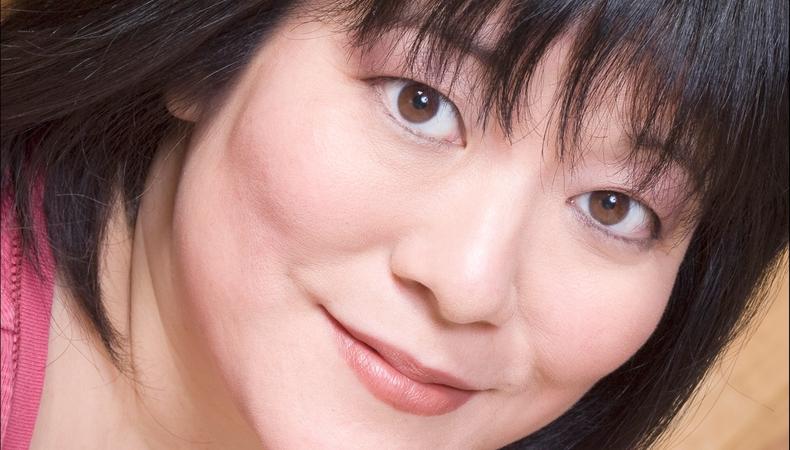 Despite working with the best in the biz on “Smash” and “Rodgers and Hammerstein’s Cinderella,” Ann Harada is most known and beloved for her role as the little-bit-racist Christmas Eve in the original “Avenue Q.” We check in with her on her newest musical, her plethora of acting crushes, and the role she didn’t get in “Miss Saigon.”

Tell us about your latest project.
My current project is “Brooklynite,” a new musical at the Vineyard Theatre, written by Michael Mayer and Peter Lerman. I have been involved with the last two readings and I am so excited to be part of this production! I love the music so much.

What have you learned about yourself during “Brooklynite”?
I wouldn’t say I’ve LEARNED that I’m shameless; I think I knew that before. I have learned that Steven Hoggett, our tireless choreographer, knows how to build intimacy within a cast. I haven’t sweated or grunted so much since I gave birth.

How did you get your Equity and/or SAG-AFTRA card?
I got my Equity card doing “1,2,3,4,5” by Maury Yeston and Larry Gelbart at MTC Stage 2. Most people only know the show because of the song “New Words.” It was Jerry Mitchell’s first job as a choreographer! I played the daughter of Mary Gordon Murray and Jonathan Hadary. It was also the first time I got to work with the late, great Alice Playten. We later did “Seussical” together.

What do you wish you’d known before you started acting?
I wish, more than anything—more than life—I had known that learning how to dance would be super important.

Who do you have an acting crush on?
Who DON’T I have an acting crush on? Don’t you know that’s the whole reason I do “Christmas Eve with Christmas Eve?” So I can sing songs with all the acting crushes I have and raise money for Broadway Cares/Equity Fights AIDS at the same time? Well, OK, Bill Pullman and Hugh Jackman, for two that I don't know personally. Also Benedict Cumberbatch and Martin Freeman, and all the guys on “Penny Dreadful.” Maybe we should narrow it down to years? So that 1974 could be Paul Newman and Robert Redford? And 2012 could be Jack Davenport and Christian Borle? You know what I’m saying?

How do you prep for an audition?
Obviously I read whatever material I’m given and make a choice and go for it. I’d much rather be “strong and wrong” than just sort of flat. Except if it’s for a television drama, in which case my first choice is always “try not to blink.”

Which of your performances has left a lasting mark on you?
I don’t think there’s any question that the role of Christmas Eve in “Avenue Q” is going to follow me around for the rest of my days, and I don’t have a problem with that. People still yell “Christmas Eve” at me on the street. I mean, it would be nice if they would yell “Ann” instead, but I’m just happy they know me from someplace.

What is your worst audition horror story?
There are so many audition horror stories. Mine involve dancing. I think the most humiliating one was my callback for the original company of “Miss Saigon.” I had sung well enough, but then they asked us to improvise dancing like a bar girl. I danced like a drunk girl at a frat party, which was not what they had in mind. Later, when I saw the show, I realized they meant, like, a professional stripper. We should all be grateful I didn’t get cast.

Jack Smart
Jack Smart is the awards editor at Backstage, where he covers all things Emmy, SAG, Oscar, and Tony Awards. He also produces and hosts Backstage’s awards podcast “In the Envelope” and has interviewed some of the biggest stars of stage and screen.
END_OF_DOCUMENT_TOKEN_TO_BE_REPLACED