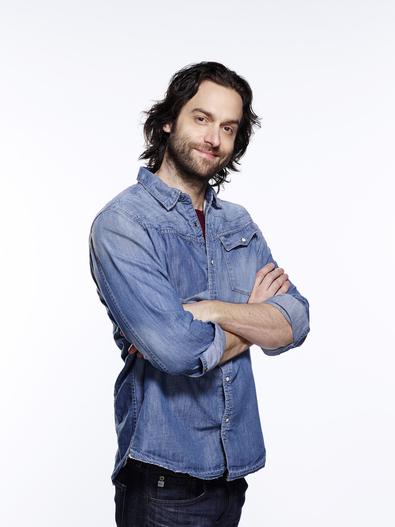 Standup comedian and actor Chris D’Elia talks to Backstage about playing a smart person who acts dumb to get what he wants, what he wishes he knew about acting before he started, and the worst audition scene he’s ever been asked to perform.

Tell us about your role on NBC’s “Undateable.”
It’s basically about the blind leading the blind on dating, essentially. It’s these friends at a bar and they’re just helping each other through friendship and dating life. [My character] Danny is, like, the ladies’ man who’s helping the guys with girls, but he’s not really good himself at keeping girls around because he’s not really the guy you’d bring home to Mom.

What have you learned about yourself while playing Danny?
Danny is a very distant version, but he is still a version of myself. I wouldn’t necessarily call myself a ladies’ man, but he is very selfish and he is very set in his ways, and I think that is kind of how I am. So I learned a lot about myself. Playing this part and realizing, Oh yeah, I’m kind of like this. It’s led to some self-reflection, which is good and also a little bit depressing.

Which of your performances has left a lasting mark on you?
I feel like it’s this one because I’ve been able to do it for a long time. I’m in the second season and I’ve been able to relax into the character and figure out things about the character that I don’t think I would have if it didn’t last as long. The thing I didn’t know is that [Danny]…at first you would think he’s an idiot, but he’s not; he’s just pretending he’s an idiot because he can get away with a lot of stuff that way.

What is your worst audition horror story?
I want to say maybe it was “Band of Brothers”—it was something like that. The audition scene was I had to be carrying my best friend-soldier who was dying, telling him he was going to be OK, all while being shot at by the enemy. And that was the scene I had to do while doing the lines, and you had to act out carrying nobody because there was nobody in your arms, and you had to pretend like you were getting shot at. It just was the worst audition scene ever. I think there’s a tape out there that exists; I would love to see it.

What do you wish you’d known before you started acting?
It’s hard to say because I want to say I wish I’d known about the rejection, but honestly, all that stuff makes you a better actor and a better person and better at your job anyway. Something I’d known before? The long hours. It’s a lot of downtime and a lot of time from part to part. I’m fortunate; because I do standup, I can always fill that time. I don’t know how these other actors do it where they go from one part to the next and they don’t work for seven months, like, dicking around. That’s the craziest to me.

What was your worst survival job?
I haven’t really had the worst jobs ever, but I worked retail. That was annoying. I worked at Abercrombie & Fitch and I wanted to kill everybody that came in. It was not fun.

How did you get your SAG-AFTRA card?
I just did parts. When I was 16 I did a part on “Chicago Hope”—it was an older show—and I was able to get it through that.

Who do you have an acting crush on?
I don’t know. I don’t fuckin’ think about that. Fuckin’ Greg Kinnear. I like Greg Kinnear. He’s fuckin’ good.

How do you typically prepare for an audition?
I just read over and over again. Just get it in my head, and I have a buddy that I read it with who’s good at having me think of other ways and ideas. It’s good to bounce it off somebody because a lot of times you wouldn’t think of it.

Briana Rodriguez
Briana is the Editor-in-Chief at Backstage. She oversees editorial operations and covers all things film and television. She's interested in stories about the creative process as experienced by women, people of color, and other marginalized communities. You can find her on Twitter @brirodriguez and on Instagram @thebrianarodriguez
END_OF_DOCUMENT_TOKEN_TO_BE_REPLACED