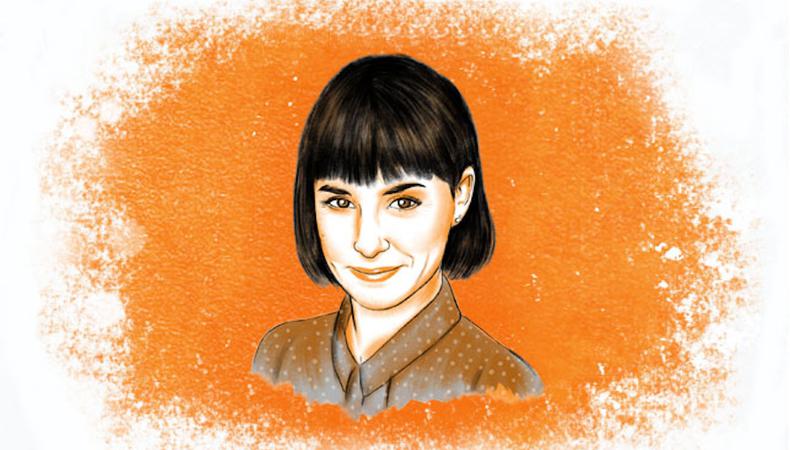 Constance Zimmer is about to reprise the role of a lifetime (on Lifetime, no less). As showrunner Quinn on “UnREAL,” a drama centered on the deceitful producers of a “Bachelor”-style reality show, she’s both a fabulous feminist and domineering tyrant. Here, she discusses the upcoming season, how she preps for auditions, and more.

Tell us about Season 2 of “UnREAL.”
As we start the season, Rachel [Shiri Appleby] and Quinn have changed their positions. Rachel is now in Quinn’s position and Quinn is now in [her former boss] Chet’s. So right off the bat it kind of launches them into a space where they might not be as comfortable as they were before. It threw us into the season just, like, “Whoa! This is weird! This feels off-kilter”—as the characters, but also as the actors. [It] creates a whole new backstabbing, lying, cheating season for everyone.

How did you get your SAG card?
It was a movie of the week called “The Day My Parents Ran Away.” They were so amazing because they were, like, “Well, we’ll just Taft-Hartley her ’cause we have to have her for this one part. She’s the only person for this role.” It was one line in a hallway. I was so excited to watch it. I had a couple of friends over and we were watching the movie. And you could hear me say the line, but my face was never on camera. I was, like, “Wait, I heard myself, but I didn’t see myself,” but my name was still in the credits.

On whom do you have an acting crush?
For as long as I can remember, my acting crush has been Meryl Streep. I still, to this day, think nothing holds a flame or a torch or a candle or anything to her and what she does. I am just constantly blown away. But more recently, Lena Dunham, because I think what [she’s] doing and has accomplished is pretty extraordinary. [She’s gone] kind of against the grain of everything Hollywood says you should be or have to be in order to succeed in this business. I just love that she’s done it all in her own voice, in her own way.

How do you typically prepare for an audition?
I don’t really rehearse, because I don’t really step into action until I’m forced to. The only way I prepare is just by memorizing it backward and forward so that when I get in the room I can become the character and not think about the lines so much. And also because you can never prepare enough. You never know what it’s going to be like in the room—if you’re going to have a chair or [if the room is] going to be small. I always feel like as much as I can rely on first instincts, the better off I am. It’s when I try and plan too much that I get caught up.

What do you wish you’d known before you started acting?
I really think you get the jobs you’re supposed to get. And don’t stress over the jobs that you don’t. That would have saved me so many tears and so much frustration. You don’t realize it till you get older as an actor, but all the parts you’ve gotten have led you up to today—good, bad, and otherwise.

What is your worst audition story?
I was auditioning for this independent film, and I was supposed to be this hired killer from New Jersey or [New York or] something [with a] super strong accent. So I said the line, which was something like, “And then…bawdabbing!” And I just kept going. The director stopped and he said, “I’m so sorry. Can you just go back? What was that?” So I said, “Sure, OK. And then…bawdabbing!” in the accent. And he said, “Um, that’s actually ‘ba-da bing.’ ” And I literally was like, “What?” It was like, “Bada bing! Hey! Hey! What’s up?” I just thought, I need to leave this room right now. Like, I was using my hand as a gun. I was doing everything you’re supposed to do as an actor to show you’re so green. And then here I was saying “bawdabbing.”

In the alternate universe in which you aren’t an actor, what would you be doing?
I would be a director or a photographer. [I] would travel the world and photograph different cultures and countries, and publish books of my photography. Or a director, because I really like telling people what to do.

What’s your go-to karaoke song?
“Don’t Stop Believin’ ” by Journey. That one’s really good. Or anything by Stevie Nicks, really, because I can kind of hit the majority of Stevie Nicks’ chords, so I also tend to sing a lot [of her], too.

Which of your performances has left a lasting mark on you?
Quinn is, for sure, leaving things in me that I’m like, Whoa, I did not know I was capable of doing that and making it believable. She’s a very hard char-acter to shake, which has been interesting for me. A lot of times you play a character and then you’re like, “Let’s go get some ice cream.” But she’s a hard one to shake because I’ve had to go to such depths that I haven’t had to go to before and it’s harder to crawl out. Janine [from “House of Cards”] was also somebody who was like...the depths were just insane.

It’s these women, these characters, who are so strong and yet so insecure. I think those are the ones who leave the biggest impact because I’m super in-secure, but I’m not half as strong as some of the characters I play. It’s in-teresting to be insecure but this strong, and [ask] how can I learn how to do that [in my own life].