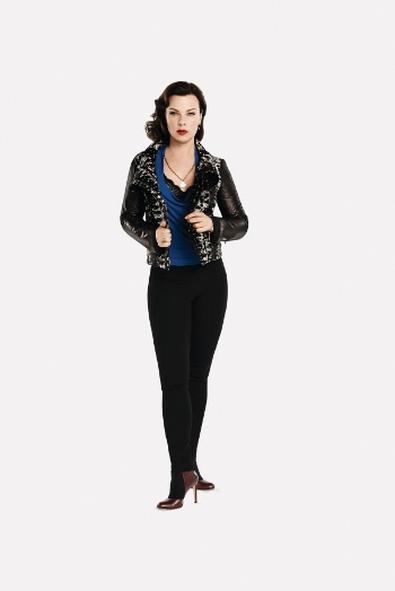 Fresh off the success of TV Land’s “Younger,” Debi Mazar is gearing up for the release of the “Entourage” movie June 3, in which she reprises her role as fast-talking publicist Shauna. Mazar chats about her experience on the hit HBO series, what she’s learned over the course of her career, and the survival job for which she had no experience.

Tell us about your experience with “Entourage.”
It’s one of the most fun TV series I’ve ever done. Very collaborative. I got to improvise quite a lot. I’ll really miss the experience, but the movie looks fantastic and I’d love the opportunity to play Shauna once again if there’s a sequel.

What have you learned about yourself on this project?
I don’t grow necessarily as an actor, but I grow as a person. Being on “Entourage” taught me that no matter how tired I was or what condition I was in, I could absolutely pull it out of my back pocket to talk as fast as anybody, be clear to the point, fierce, and deliver. We worked under hard conditions—location, location, location—but I walked away knowing that I was and am a strong woman. “Entourage” has been about staying true to myself.

What do you wish you’d known before you started acting?
I feel like when I got successful, I got slightly complacent. And I wish that I had worked harder to not rely on the system and kept on constantly being creative and kept on pushing the buttons and showing other accents and other sides of myself. The parts were kind of just coming in and I was going, “Oh yeah, great, I’ll do that, I’ll do that,” instead of taking major risks at a certain time.

On whom do you have an acting crush?
Marcello Mastroianni and Alberto Sordi. I love swarthy, Latin men—especially Italian. I married one! Alberto Sordi was just this big, imposing guy who played vulnerable, who played strong, who played blue-collar, who played elegant. He just played many, many sides, and I just found him really interesting and sexy. They’re both just multifaceted, very versatile actors.

What was your worst survival job?
I saw an ad in the New York Times and I auditioned, basically, to be a dental assistant. I got the job and he thought that I really had experience. So on the first day on the job I went and got my nurse’s outfit. I wore white fishnets and lime green pumps, and cut my uniform way above my knee. And he didn’t mind! But then he was, like, “Can you pass me the hemostat?” And I was, like, “You mean the picker?” And he looked at me and said, “Picker?” I got fired the next day.

Which of your performances has left a lasting mark on you?
Probably “Goodfellas,” just because it was my first big movie and I was working with such incredible people and getting to be with Martin Scorsese and hearing him tell his stories. To me, sitting on a stoop in Harlem, that was pretty amazing. Then again, working with Michael Mann on “The Insider,” and working with all those great actors and walking down the street with Al Pacino playing a journalist. Each experience that I have is pretty poignant—especially because I’ve worked with such incredible talent, so it’s hard to [choose just one].