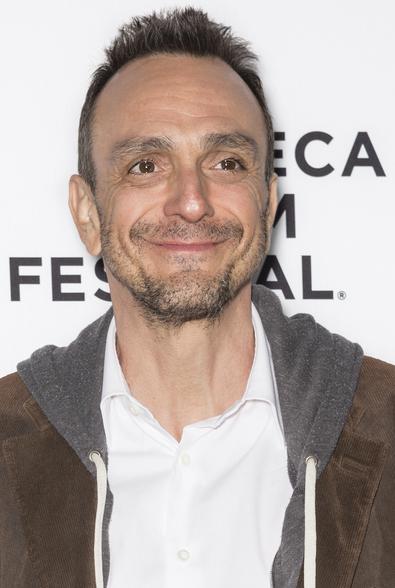 Known as much for his live-action roles as for his unforgettable voiceover work (four of his five Emmys are for “The Simpsons”), veteran actor Hank Azaria teams up with producer Seth MacFarlane on Fox’s “Bordertown.” He talks to Backstage about learning from Jack Lemmon, his acting crushes, and expanding his repertoire with his recurring role on Showtime’s “Ray Donovan.”

Tell us about “Bordertown.”
“Bordertown” is a new cartoon prime-time show with Seth MacFarlane producing. It’s very much that kind of “Family Guy” sensibility. [I play Bud,] who’s a border guard in a Mexican-American border town. He’s very similar to Archie Bunker. He’s pretty brutally racist and doesn’t mind saying so and doesn’t see much wrong with being that [way]. It’s kind of eerily timely based on the rhetoric right now and what’s in the news—the relationships to the issues and the political campaign right now, the election issues. They called and I’d been wanting to work with Seth for a long time and it seemed like a good thing we could do.

What have you learned about your acting?
I’m used to doing a bunch of different voices for a show. This time, it’s just pretty much the one voice, so it was more of a marathoner mentality versus a sprinter. But I don’t know that I necessarily learned anything new. Not that one shouldn’t always be learning. It was more about bringing my years of expertise to the table and enjoying myself. [Laughs]

Which of your performances has left a lasting mark on you?
What leaps out is when I did the TV movie “Tuesdays With Morrie” with Jack Lemmon many years ago. Jack would share things about acting. He shared how in his younger days he used to plan everything out as an actor and choreograph it all. And then the older he got, the more he would prepare but then let that preparation go and see what he was dealing with on the day. The longer he went, the more he found that to be a more fun and successful way to go as a film actor. I agree with that. Over the years, I’ve found myself becoming less preplanned and more open to whatever happens on the set that day.

How did you get your SAG-AFTRA card?
I was 21 or 22. I got a couple of lines on a sitcom in L.A., and those lines ended up getting cut from the final product. But in order to say them, I got into the union. It’s a big deal for a young actor, [but a] Catch-22: You can’t work until you have a union card; you can’t get a union card until you work.

On whom do you have an acting crush?
I really admire what Liev [Schreiber] does on [“Ray Donovan”], because I always admire things that I really believe I can’t do. One of the most underrated, hard things to play is that sort of hardboiled, nonexpressive tough guy, yet you have to reveal tremendous depth of feeling and what they’re thinking. Liev is really great at that. Russell Crowe is also really good at that. I find that so foreign.

What is your worst audition story?
I remember in my mid-20s, I had actually been at it for a while, and then I hit an anxious patch where I started getting very self-conscious and couldn’t really audition too well anymore. I was blowing them. It got so bad at one point, I remember going in to read for some part at Universal in L.A. for a TV show, and I couldn’t even physically read. The casting director had to take time, like, ‘OK, calm down. Here’s what you do: Just listen to the line that’s being said to you, and then you look down at the paper and look at your line.’ Literally had to break it down for me like that. She was being very kind, but I had to go address my nerves in those situations. I couldn’t keep doing what I was doing. I worked with a guy who specialized in calming down in those situations. It was a pretty elaborate thing, but the bottom line of it was that I wasn’t so much scared about not getting the job or not doing well, I was scared about how I was going to mentally beat myself up if I felt like I screwed it up or didn’t get the job. I had to work on being OK with making mistakes and acknowledging myself for the effort put in and not so much the result. It’s easier said than done.

How do you typically prepare for an audition?
I’m lucky enough that I don’t have to audition that much anymore. People kind of know me, so they either think I’d be good for the job or they don’t. Although I wish I would get more auditions. I’ve been recently doing this role on “Ray Donovan” that’s been a departure for me. It’s created a new niche for me. Sometimes people tend to see you the way they see you, and you can’t break out of that until somebody takes a chance on you and it’s something that people like and you get known for that as well. But the same rules apply that I learned years ago. It’s OK to make mistakes—it’s OK to just come in and do my best. A lot of it is things that Jack Lemmon mentioned about just trying something and having fun with it. I spent a lot of my early career chasing perfection. Chasing excellence is a good thing to do, but perfection really doesn’t exist. The thing about film acting you realize as you go along is that you only need a bit of each take to be good, so you’re better off trying different things and having fun and keeping it fresh than trying to recreate one perfect take over and over again. A mistake might lead to something great or something different anyway.

Benjamin Lindsay
Benjamin Lindsay is managing editor at Backstage, where if you’re reading it in our magazine, he’s written or edited it first. He’s also producer and host of a number of our digital interview series, including our inaugural on-camera segment, Backstage Live.
END_OF_DOCUMENT_TOKEN_TO_BE_REPLACED