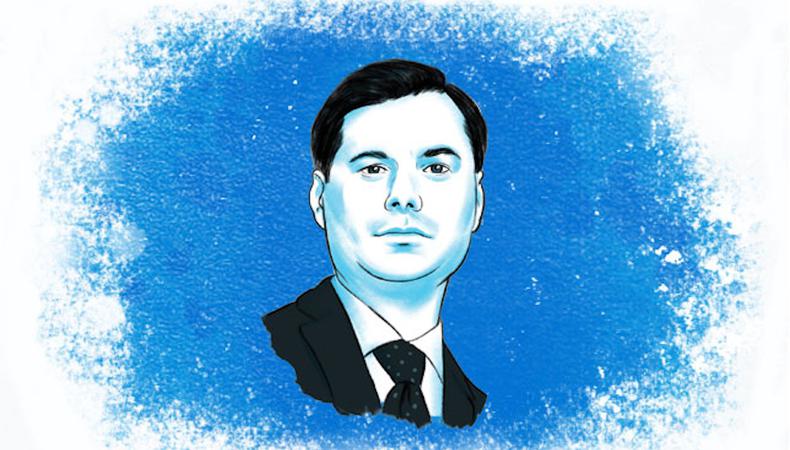 On TV Land’s “The Jim Gaffigan Show,” Michael Ian Black plays the snide ex-boyfriend-turned-gay BFF of Jim’s wife (Ashley Williams). And while it’s impossible to imagine anyone doing the character more justice, Black can easily recall a time when he struggled to find the right roles. Here, he discusses the show’s second season, how he found his place in the industry by creating his own work, and more.

Tell us about your experience on “The Jim Gaffigan Show.”
It’s been fun. It’s been very… It’s not low-pressure, but that’s how it feels. It feels like we’re just going and enjoying ourselves every day. I don’t feel the same burden I do when I’m producing something or writing something. I love just being an actor on set and being responsible for hitting my marks, saying my words, and making my faces, and going home.

How did you get your SAG-AFTRA card?
I think it was the episode of “NYPD Blue” I did in its first season. I played a gay street hustler with David Caruso. It was just one scene, but it was, like, my first real TV job, and it was incredible. It was incredible to feel like, Oh, I’m acting with a person I’ve seen on the television. And there’s a whole crew here and there’s cameras here and I’m not totally terrible. Although I haven’t seen it. I might be totally terrible.

On whom do you have an acting crush?
My current is probably Mark Rylance. I was so happy when he won the Oscar for “Bridge of Spies” because I thought, This is such a quiet and brilliant performance. It’s not flashy at all. And he probably won’t get recognized for it because it’s so very quiet. So I was thrilled to see that other people saw what I did in the performance. I get very excited about those kinds of performances where it’s all about the inner life—probably because I’m so incapable of it myself. I just feel like a clown most of the time, honking my clown nose and wobbling around in my clown shoes, so I really admire that very centered, very present performance.

In the alternate universe in which you aren’t an actor, what would you be doing?
Collecting cans on the street. I have no other skills [besides acting]. What else am I going to do? I have no idea. Maybe I’d be an Iago-type character whispering dark thoughts into the ears of politicians. I could do that.

What do you wish you’d known before you started acting?
I wish I’d had the confidence to know that it is possible to make a living in this industry and the wherewithal to know that to accomplish that, you need to take as much of your career into your own hands as possible. To me, it meant learning how to write, working with a close circle of friends, being independent, and letting the work emerge from there, as opposed to doing the grind of constantly hustling, auditioning, and all that stuff (that you still have to do and that I would encourage everyone to continue doing). But to know that at the end of the day when I was giving one of my mediocre auditions, I still had the ability to come back and work with people who I respected and who respected me… It gave me the tools to survive in an industry that I didn’t know if I had a place in.

How do you typically prepare for an audition?
I’ve tried many different things over the years and what I find works best for me now is to keep it as simple as possible, which is to be familiar with the script and have some idea about the intention of the character. But I try not to prepare much beyond that in terms of, I’m going to say this line a certain way or I’m going to do this a certain way. I like to keep it as reactionary as possible and I like to work with the person who’s reading with me. That might be why I’m so terrible at auditioning, because that person might not be giving you anything and is just sort of relying on you to give a performance. I don’t know how to do that. I don’t know how to stand in a room and perform. I know how to act. You know what I mean? It’s a different thing, and I’m just not good at [performing]. So it’s a good thing that I’m gorgeous.

What is your worst audition story?
I remember testing for a pilot, and I won’t describe too much but it was with a famous actor and a famous production company and a sort of moderately famous producer. And I looked nervous, you know, as you get. I had it in my head that this actor and I would be reading side by side—that we would both be in frame. So when I walked in, he was next to the camera and I said, “Oh, are you going to be there?” And he said, “I can be wherever you want me to be.” And it just turned into this awful, fluster-y moment of us not communicating.

Then while that was happening, the producer was staring at her phone for the duration of the conversation and for the duration of the audition. It was just one of those things like, why am I here? Why did you bring me in? You obviously don’t want to hire me, so what’s the point? The actor was very nice, very gracious. But we just weren’t on the same page about anything.

Which of your acting experiences has left a lasting mark on you?
I’m often around actors I find inspiring and who I’ll watch like a hawk to see what they’re doing and to try to apply the lessons that I take from them. The latest was on “The Jim Gaffigan Show.” Zachary Quinto was on and he was just so great. It was that kind of quiet, centered performance, and just watching him do that was really very inspiring for me.

There are ways of being in a professional setting that I think every actor just needs to study. The lessons of being on a set are not taught in acting programs and they really should be. It’s things that you have to learn from being in that environment. I think it’s critical for actors to not only understand their jobs, but to have some working knowledge of what everybody on a set does. It will make your life easier, it will make your experience of being on set much more productive, and it will also inculcate you from being spoiled on set. Actors tend to be coddled and you don’t want to be the coddled actor. You don’t want to be somebody who needs to be taken care of. You want to be somebody who is a professional and conducts themselves as such.