How Dance Informs Tracee Chimo’s Preparation for a Role 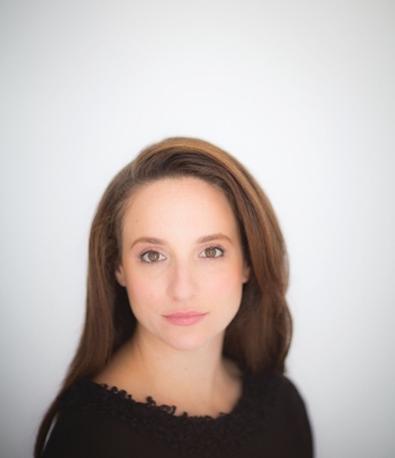 The star of the current Off-Broadway revival of Terrence McNally’s “Lips Together, Teeth Apart” tells Backstage about how dance informs her acting, getting her Equity card, and medicating cats.

Tell us about “Lips Together, Teeth Apart” at Second Stage Theatre.
This is my favorite of Terrence’s plays. I studied it in school and I’ve always wanted to do it. I always wanted to play Chloe. I think both the female characters are fantastic; I think I would someday really like to play Sally as well, but I was always really drawn to Chloe. And then back in February I got a phone call from Second Stage saying that Terrence wanted to have me star, which is maybe one of the coolest phone calls I’ve ever received. All systems were go from minute one.

What’s been your most challenging role?
It’s been a wild experience getting to know Chloe; she’s so different than I am. In my opinion, she has a real jerk for a husband. So I hit this point with her where I was a little blocked because I’m so angry at her husband and I’m angry with her for staying with him. I had to really let go of any judgments I was having. Once you start judging your character, you’re in really dangerous territory.

How do you typically prepare for a role?
I always first start with their physical life. I don’t know if that’s because of my dance training, but that’s the first thing I find about each character and then I build from there. I figure out how I think they would walk and how they would sound.

How did you get your Equity card?
I got my Equity card from a theater company called the Pioneer Valley Summer Theatre, which no longer exists, up in New England. A woman named Susan Daniels gave me my Equity card because I was an intern there for two summers. At the end of my second summer I had a meeting with her and I said, “I really loved being an intern here, I learned a lot, I’d like my Equity card.” I just asked her for it. And she said, “OK.”

What was your worst survival job?
So many! My worst maybe was a traveling pet sitter. I worked for a woman in Queens [, N.Y., who] ran her own business and I was her one assistant. I had to travel to people’s houses and either walk or feed their dogs or medicate their cats. I was totally ill-equipped. I should not have been medicating any animals. I’m talking, like, syringe. I had to inject cats with their specific medicines. For basically no money, too. I love animals but I didn’t know what I was doing. That was one of the oddest jobs, and I’ve had some doozies.

When did you know you wanted to be an actor?
In college I was going to be a dancer, and I blew out my left knee and lost all my dance scholarships. I was 17 and just didn’t know what I was going to do. I had dabbled with the drama club in high school and thought it was so much fun. And I had a friend say, “Why don’t you just try out for the theater department?”

Who do you have an acting crush on?
Mark Rylance is a big one. I’d love to do a two-hander with him. I’d love to just work with him. I think he’s such a beast and he strikes me as someone who I would get along with. I can see that we have similar ways of working onstage. I’d like to play with him. I just think he’s phenomenal. You can’t take your eyes off him. I’d love to pick his brain and get to learn from him.

Which of your performances has left a lasting mark on you?

Lauren in “Circle Mirror Transformation,” I would say, and Daphna [in “Bad Jews”]. Those are the two. I hold those two characters very close to my heart. I loved them both very much and I still love them. Both of those casts…both those experiences were long processes, and the cast members I was working with became a family.

What is your best or worst audition horror story?
I remember it very, very well. I was living in Los Angeles at the time and having a really hard time out there. Everything I don’t like about this business is sort of at the forefront of everything in Los Angeles. I went out for a pilot to play the female Chris Farley. I had an OK audition.

And then a week later, my manager called and said, “You have a work session with the casting director. They want to bring you in for the hot girl.” That never happens to me in Los Angeles. So I went in to have a work session with this new material and the casting director. And she sat me down and said, “I don’t want to read with you or work on the material. I think you’ll be fine. But I need you to make adjustments for me to how you look before I bring you in front of the producers.”

This is word for word what happened. You ready? She said, “OK, first of all, do you have makeup?” And I said yes. And she said, “Then you should wear some. Because the camera picks up everything.” And I said OK. I had makeup on, by the way. And then she said, “I want eyeliner, I want lots of foundation, I want blush, and I want big, bright lips. Second, do you have a bra?” And I said I do. And she said, “Then you should wear one. Because your tits are in my face.” And my tits were nowhere near her face. They were perfectly in my shirt. I said OK. And she said, “And what goes on with your hair? Because every time I see you it’s up in that babushka on the top of your head.” I have big, crazy hair, so I always put it up in a bun. So I was like, “I have frizzy hair.” And she said, “Could you take it down? I’d like to see it.” And I took it out of the bun and it was kind of sticking out everywhere, and she went, “Oh my God. It’s horrible. I’m gonna tell you something. This is not New York, this is Los Angeles. And we hire people because of their hair sometimes. You need to fix your hair. Go get it straightened. Blow your hair out and get it curled at the bottom.” And I said OK. And then she made a gesture with her arms like “gimme a hug.” So I got up and brought it in for a hug and I could hear her actually sniffing my neck. And she went, “Is that patchouli?” And I was wearing patchouli because I was super homesick and my dad wears patchouli. She said, “It’s disgusting. You cannot wear that tomorrow. It leaves the wrong impression.” And I said “What, that I’m a hippie?” And she said, “Yeah.”

Then I left her office and got in my car and I didn’t even cry. I was like, I’ve made a mistake. I am in the wrong city. The next day I showed up to the audition—and I had done everything she had asked me to do—and it went very well and she kind of pulled me aside. And she said, “Who is this girl? I love this girl.” And I just looked at her and went, “She doesn’t exist.” And I’ve never seen her again and I hope I never do! So everything I sort of push against as a woman in this industry was really thrust in my face in one meeting. I lasted eight months and then I couldn’t take it anymore. I never have to see that bitch again. And if I do, I will totally shake her hand. This woman totally opened my eyes to everything I had already been feeling but didn’t know how to handle.

What’s one thing you wish you knew before you started acting?
I wish maybe I had known to trust myself a little more and to take it easy. I think I put a lot of pressure on myself really early on. I’m glad I did because I didn’t know anybody when I came here. Had I not been so aggressive about breaking into this business I don’t know that I would have, but it took me so long—basically seven years of my life of desperately trying to break in—that I wish I knew I would eventually get there. There was such panic for so many years. Just constant panic. I wish I had learned to take it easy and ease up on myself.

Jack Smart
Jack Smart is the awards editor at Backstage, where he covers all things Emmy, SAG, Oscar, and Tony Awards. He also produces and hosts Backstage’s awards podcast “In the Envelope” and has interviewed some of the biggest stars of stage and screen.
END_OF_DOCUMENT_TOKEN_TO_BE_REPLACED