The Quiet Directing Genius of Dee Rees and Her ‘Mudbound’ 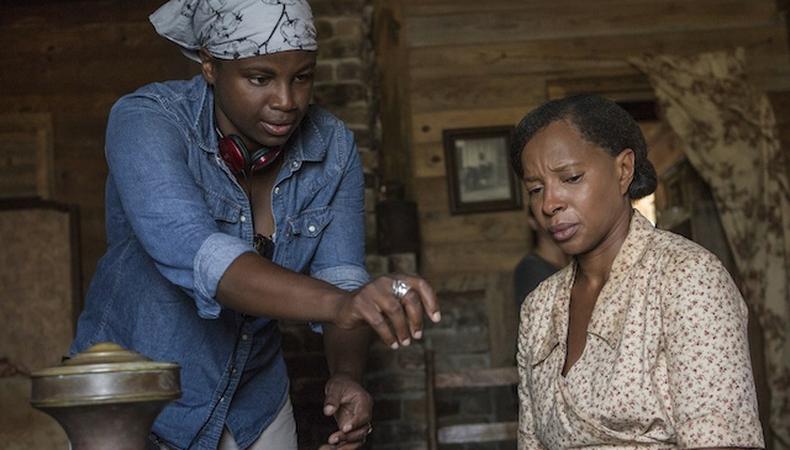 When it comes to filmmaking, writer-director Dee Rees likes to get up close and personal. That much was evident in the care she took with her 2011 feature film breakout, the delicate coming-of-ager “Pariah.” But even in a sprawling ensemble piece like Netflix’s “Mudbound” (whose cast includes Carey Mulligan, Garrett Hedlund, Jason Mitchell, and Mary J. Blige), Rees ensures the interpersonal relationships and nuanced dynamics between her characters are put front and center, never getting lost in the film’s network of voices.

Directed by Rees and adapted alongside co-screenwriter Virgil Williams from Hillary Jordan’s 2008 novel, “Mudbound” is a story of two families, the McAllans and the Jacksons, who, living up to the film’s namesake, are tied together by a fledgling cotton farm in 1946 Mississippi. The McAllans, who are white, own the land, and the Jacksons, who are black, work on it. In imagining these families for the screen, Rees says that she tried to go “the opposite way” of what her actors might expect with ensemble work, breaking them into pairs on camera whenever possible to make the scenes “super strong” and intimate.

“They’re not worried, then, about what the rest of the cast is doing,” she says. “I try to get to the core of each relationship and then work with the actors in pairings so [they don’t] have to keep in the front of their minds the entirety of everything at once. They just [focus on] the core.”

This also better allowed Rees to build tight-knit relationships between herself and her actors. She admits to not liking table reads (“I do them because producers require them”) for want of saving the creative spark for when it’s just her and the actors present to hash it out. “I don’t care what everybody else thinks of your performance. It’s just [about] what you and I think of your performance,” she says. “Everyone else doesn’t need to know what we’re doing. I try to keep it very one-on-one. I’m right on set with a monitor, and I’m going up to you quietly giving you the notes in your ear. I’m not yelling them in front of everybody.” This is done, Rees says, to “protect everybody and keep them safe. Everybody gets their time and their space.”

The notes that Rees whispers in her actors’ ears are less likely to be about word-perfect line delivery and more likely about hitting the needed mark. Blocking is her biggest concern. “Where you put people in relation to each other helps heighten the script, so that’s something I definitely have a conversation about,” she says. “I don’t care if actors get the lines exactly right. To me, as long as the intent of the line comes through, I’m happy.” A similar approach is seen in Rees’ audition room, too; she notes that she makes all actors do an in-character improv routine in addition to the prepared sides. “I’m not a stickler for every single line. To me, if they’re hitting the right kind of beats physically, then their bodies are communicating even more than their words.”

The power of things unspoken also interests Rees in the way a film like “Mudbound” may well get audiences thinking about their own families, their own histories, and their own country. The empathy the film draws through its black characters and the climactic violence they face, for better or worse, “couldn’t be more timely,” Rees says.

“People are going to be able to see the truth in [today’s social climate] even more,” she says. “Even though this film is set in the ’40s, it’s about 2017. We all have eyes, we all have ears, and we’re all bringing our personal experience to [‘Mudbound’]. I think this material gives everybody an objectivity about ourselves and the way we see ourselves so you can acknowledge what’s going on.”

Benjamin Lindsay
Benjamin Lindsay is managing editor at Backstage, where if you’re reading it in our magazine, he’s written or edited it first. He’s also producer and host of a number of our digital interview series, including our inaugural on-camera segment, Backstage Live.
END_OF_DOCUMENT_TOKEN_TO_BE_REPLACED