Want to Create Your Own Work Honestly? Look to Ramy Youssef 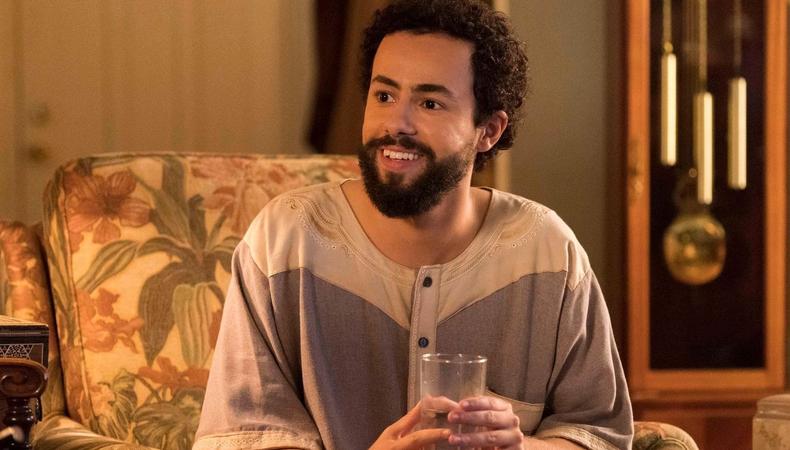 Ramy Youssef knew that his namesake comedy series, “Ramy,” was unlike anything he’d seen on TV before—and so did his actors. The semi-autobiographical Hulu series, currently in Emmys contention and recently renewed for Season 2, follows Ramy, a millennial first-generation American and practicing Muslim who, through Season 1’s 10 episodes, navigates how those two facets of his identity cohere and collide. He lives with his Egyptian parents and is surrounded by a variety of Muslim and immigrant family and friends, which, when filming, required a deep well of actors who fit the culturally-specific bill.

Auditioning largely out of New York City to flesh out a cast of Muslim and Egyptian-American characters, “Ramy” marked an all-new opportunity for longtime screen actors to get cast as something other than an Arab stereotype.

“We got to audition a lot of people who are not used to going out for roles that are this nuanced,” Youssef says. “A lot of our actors have been New York actors who have just been called in to play a terrorist or a cab driver for the last 15 years, and then they got our sides and kind of went nuts because they were like, ‘Oh man, I’ve been waiting for this; I’ve been waiting for an opportunity to play something that is dynamic and has range and that uses someone who is like me.’ ” Youssef recalls those auditioning expressing “a real gratitude” just to be in the room. “I think they felt really excited that something this nuanced for Arab characters was happening. It’s a testament to knowing that something will come up, something will happen, even if sometimes it feels like it won’t.”

While roles of this caliber came as welcome territory to series regulars like Amr Waked and Hiam Abbass (who play Ramy’s parents, Farouk and Maysa) and Mohammed Amer and Dave Merheje (who play Mo and Ahmed), Youssef explains that, through finding his own creative tribe early on in his career, many of these actors were already on his radar before casting began. He cites his career roots in sketch and improv comedy, as well as resources like the Peoples Improv Theatre, Upright Citizens Brigade, and the New York Arab American Comedy Festival, as essential tools for creators like him “seeking community and making something independently.” That, in essence, is his No. 1 piece of advice for the fledging creator: Find your community.

Having a history in improv also informed Youssef’s casting process for “Ramy.” He wasn’t worried if actors weren’t fully off-book or if they riffed on a line in the room; he just wants actors who make a choice, who show commitment and consistency, and who have an understanding of the script’s emotional beats.

“That’s just my preference though,” he clarifies. “I know some producers who are, like, ‘Why’d you fuck with my script?’ For me, I don’t care. I’m more interested in, ‘Are you getting the emotion of this? Or are you bringing even a different emotion to it that I didn’t know?’ ”

Being on the other side of the table, and particularly viewing self-taped auditions, has also given Youssef some clarity on the truth of auditioning: The actor can’t control the outcome, so just go in, give what you envision for the role, and the rest of the chips will fall where they may.

“I do think that when people are auditioning someone, they kind of know in the first 30 seconds [if they’re right], so it’s best to just be relaxed and know that like, you know, as long as you’re being you and you’re making a choice, it’s not about whether you messed it up or not, it’s just about whether you’re what someone’s looking for,” he says. “It helps me take auditioning way less personally, to be honest. Because if I’m being real, I will watch a self-tape, and you don’t watch much of it, and it’s not anyone’s fault. You maybe watch a minute; you are really picking up a vibe. And so my whole thing would also be just to tell people to not take auditioning personally because most times, there’s really nothing you could’ve done.”

Now in the writers room for Season 2, being a star, creator, and producer on his own series is still a pinch-me sort of opportunity for the 28-year-old. He’s also still getting used to putting his own story out in the world, but believes wholly in the value of doing so. For other young writers, he says it’s alright to take the time to find your voice; don’t mimic what’s worked before, and commit to creating honestly.

“I think writing about yourself from an honest place in an honest way is sometimes hard to do right out the gate. You work your way to it,” he says. “And we always talk about with comedy, too, how when you first start, you’re doing an impression of a comedian, and so I think there’s always the initial [step] of you doing what you think is funny, and then you kind of grow out of that and do what means something to you and what feels more personal.

“The reaction we’ve gotten has definitely been much greater than I thought it would be, and I think it speaks to multiple things,” he continues. “I think it speaks to, of course, all of what we made and kind of sticking to our tone and sticking to our intention of what we wanted to tell and show, and there’s also the additional aspect of just [it being] something that people have been waiting for, so there’s a certain energy around that, as well. It’s a little bit of a shock for me to see it go out this big, this scale, this way—but it’s all good. It’s all very exciting.”

Benjamin Lindsay
Benjamin Lindsay is managing editor at Backstage, where if you’re reading it in our magazine, he’s written or edited it first. He’s also producer and host of a number of our digital interview series, including our inaugural on-camera segment, Backstage Live.
END_OF_DOCUMENT_TOKEN_TO_BE_REPLACED