Randall Park Finds the Funny in ‘Fresh Off the Boat’ 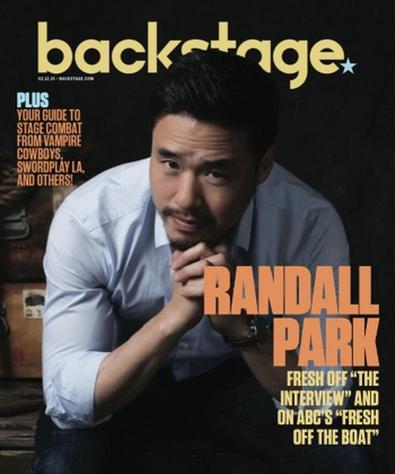 Sitting on the patio of a favorite coffee shop near his Valley home, Randall Park looks back on two of the most eventful months of his life. It’s mid-January, and all around Los Angeles you see bus stop ads for his new ABC sitcom, “Fresh Off the Boat”—ads that prominently feature the actor’s smiling face. But recently, you might also have seen his mug, unexpectedly, on the news. In the Seth Rogen–James Franco comedy “The Interview,” he played Kim Jong-un, and after Sony briefly decided to cancel the film’s theatrical release in response to cyberthreats decrying the movie’s let’s-kill-Kim plot line, the nightly news splashed images of Park in character all over their broadcasts.

The controversy no doubt boosted Park’s visibility, but the actor (who’s quite proud of the film) remembers what a double-edged sword the attention was. “My face was everywhere, but no one was talking about the movie or my work in it,” he recalls. “That’s the last thing I wanted.” Plus, the “Interview” hoopla brought unwanted consequences for him, his wife, and young child. “I had paparazzi at our house,” he says. “I had reporters coming up to our door. I wasn’t prepared for any of that—that’s not what I had aimed for when I decided to pursue acting. That was really jarring and unnerving.” 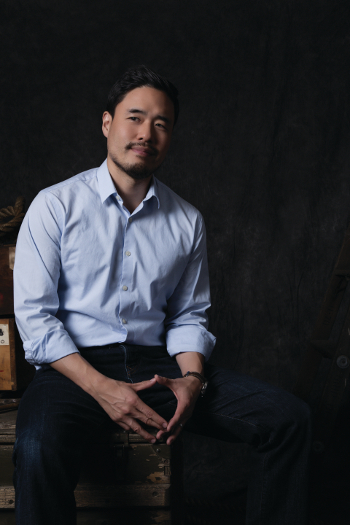 In the midst of the “Interview” insanity, Park was at least lucky to have “Fresh Off the Boat” to distract him. “We were on the last week [of shooting] when a lot of the chaos was happening,” he says. “That’s when they pulled the movie, and I thought, Oh, wow, no one’s ever gonna see this—that’s too bad. We’re shooting our last episode, and it was a weird time because I was there with all my friends that I had made over the course of the past 12 episodes. It was sad to know that we were about to end our journey—at least for the season—but at the same time, I was so preoccupied with what was going on in the news.”

If “The Interview” brought temporary fame to Park—a familiar, welcome presence on television comedies (“Veep,” “The Mindy Project”) and films (“Neighbors,” “The Five-Year Engagement”)—“Fresh Off the Boat” may help raise his profile in a more meaningful way. Based on celebrity chef Eddie Huang’s memoir about his upbringing in a Taiwanese family living in a largely white suburb, the show stars Park as loyal patriarch Louis, who has taken his wife and kids from Washington, D.C., to Orlando, Fla., to start a restaurant. Narrated from the perspective of young Eddie (Hudson Yang), “Fresh Off the Boat” finds Park playing the relentlessly positive straight man in a funny family struggling to integrate.

“He’s basically an optimist—he’s a man of the people,” says Park, who met Huang’s father while preparing for the role. “He took us out on a tour of Orlando, and I noticed people coming out of the woodwork and shaking his hand. He was like a celebrity. Everybody loves him.” 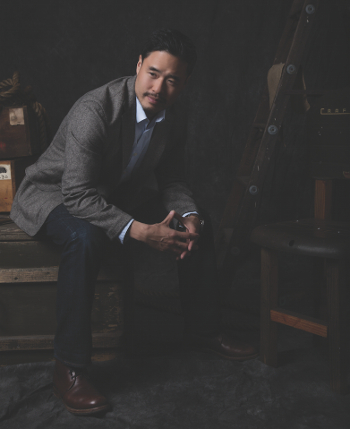 Casting Park in such a role makes sense: In person, he displays a self-deprecating sweetness, but he can be very funny without trying. Nicholas Stoller, the director of “Forgetting Sarah Marshall” and “Neighbors,” first met Park while auditioning actors for “The Five-Year Engagement” and instantly fell for the actor’s comic chops. “I think he’s like Peter Sellers,” Stoller says in a separate interview. “He just has this incredible ability to disappear into character roles—and yet, he also can deliver an emotional performance, which is a pretty amazing talent.” In fact, it was Stoller who advocated for Park to “Interview” directors Rogen and Evan Goldberg. “When anyone in comedy asks me who they should hire, I say Randall,” Stoller says. “He’s the first person I pick.” And it was Park who suggested not reducing Kim to a cardboard villain. “His choice was to play him with all humility,” Stoller says, “which was such a funny choice, [as opposed to] bravado. It made that part really textured and interesting—more of a Peter Sellers take on it than an ‘SNL’ character.”

Growing up in multicultural L.A., Park, who is Korean-American, didn’t experience the same sort of cultural isolation that the Huangs do in “Fresh Off the Boat.” But although he’s now old enough to play the role of the father, Park relates to young Eddie’s outsider status—and his devotion to hip-hop.

“[Hip-hop] was popular, but my friends were not as deep into it as me,” Park admits. “I loved it, I knew everything about it, I listened to everything I could get my hands on.” Despite his L.A. roots, his favorites were from the East Coast: Public Enemy, A Tribe Called Quest, De La Soul. And even though he grew up in a diverse city, he didn’t see a lot of people who looked like him. “There weren’t too many Asians where I was, but there were a lot of everybody else,” he says. “There were times when I didn’t know what to do with that—didn’t know what that meant.”

Even in college at UCLA, he wasn’t focused on acting—writing was his interest. In 1995, Park and some classmates formed LCC Theatre Company, which 20 years later is still devoted to Asian-American storytelling. “We’d hold auditions and cast the plays, and the writers would sometimes fill in small roles,” Park recalls. “That’s how I found myself onstage for the first time and loving it.”

He’d always gravitated toward comedy. “Even as a kid,” he says, “I’d have a recorder and I’d lean it up against a TV and record ‘I Love Lucy.’ ” At night, he’d play back the tapes, falling asleep to Lucille Ball’s zingers. “I loved hearing the audience laughing,” he says. “It was really exciting to me.” Decades later, he’d use a similar technique to learn Louis Huang’s speech patterns: He’d go to bed with headphones on, listening to tapes of the man talking.

But despite a taste for acting in college, Park still didn’t consider it something he’d make a living doing. (Instead, as he puts it, “I was bouncing from job to job—I really had no aim.”) “Acting was always something that I did at night, on the side, and I’d tell my parents, ‘Don’t worry, it’s a hobby,’ because they didn’t think it was possible [as a career],” Park says. “And in part because of that, I didn’t think it was possible.” 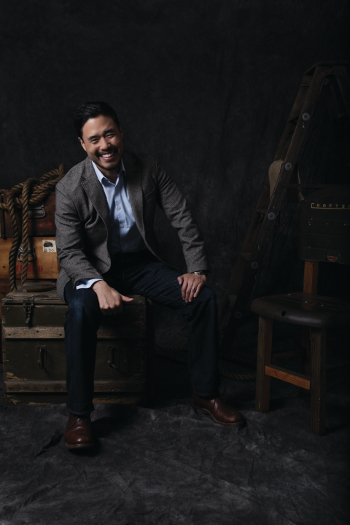 But after a Fox executive saw him in a play and encouraged him to take acting more seriously, Park, who was 27 at the time, recognized he had to go all in, even if he was starting out much later than most aspiring performers. Park says, “I thought, I’ve been poor my entire adult life—I could be poor for the rest of my life and keep doing it. The whole worry before [had been about] money, but I had been struggling for so many years that I realized, You know, I don’t think that matters to me. I love doing this. I might as well give it a shot.”

As Park waits to hear viewers’ responses to “Fresh Off the Boat,” he will turn his attention to another season of “Veep,” and he’ll be part of the “Wet Hot American Summer” reboot happening on Netflix. But for right now, he’s just happy talking hip-hop, an abiding passion. On his website, Park lists as his favorite current rapper MF Doom, a talented, under-the-radar emcee who’s a cult favorite, in part because of his low profile and the fact that he’s always seen in public donning an imposing metal mask.

What’s the appeal for Park? “He’s an incredible poet,” Park replies. “His lyrics are so dense and playful and smart but weird.” But after tracing Doom’s evolution as an artist from the late 1980s to today, Park stops gushing for a moment and adds, “As an actor, I kind of relate to him.

“I don’t want to be the actor who’s followed by paparazzi, you know?” Park continues. “I would like to just do good work and have that work be respected and acknowledged.” Quickly, Park corrects himself: “That doesn’t even matter to me as much as just doing good work and then going back home to my family. I feel like that’s what Doom represents: The [creative] half is so good that you don’t even care to learn more [about the person]. I think that’s cool.”