10 Reactions You Had to the 2015 Emmy Nominations 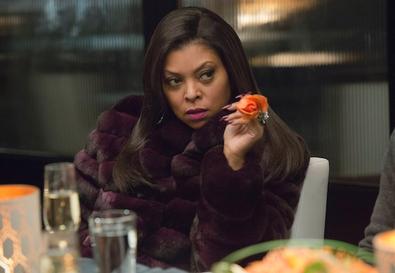 Nominations for the 67th Primetime Emmy Awards were announced this morning and it probably gave you lots of feels. Here are 10 emotions you might have experienced when Uzo Aduba (“Orange Is the New Black”) and Cat Deeley (“So You Think You Can Dance”) announced this year’s nominees.

When Tatiana Maslany FINALLY got her due.

Looking at everyone who wasn’t impressed with “Bloodline” and the stellar performances from Kyle Chandler and Ben Mendelsohn, and being totally vindicated by their nominations.

When Taraji P. Henson was nominated for “Empire.” Yas, queen!

When Robin Wright was recognized for the bad-ass queen she is.


When David Oyelowo (“Nightingale”) and Jeffrey Tambor (“Transparent”) got nominated.

When you realized the “The Affair,” “The Knick,” and Gina Rodriguez got snubbed.


When you realized they at least gave us some Lily Tomlin. You love you some “Grace & Frankie.”


Your celebration dance when Amy Schumer AND her show got nominated.

And then when Jon Hamm hit the lead actor category for his last season of “Mad Men.”

When all the results finally settled in.

Want to be in the running for your own Emmy nomination one day? Check out our television audition listings!

Briana Rodriguez
Briana is the Editor-in-Chief at Backstage. She oversees editorial operations and covers all things film and television. She's interested in stories about the creative process as experienced by women, people of color, and other marginalized communities. You can find her on Twitter @brirodriguez and on Instagram @thebrianarodriguez
END_OF_DOCUMENT_TOKEN_TO_BE_REPLACED