Read the Directions and 4 Other Acting Tips 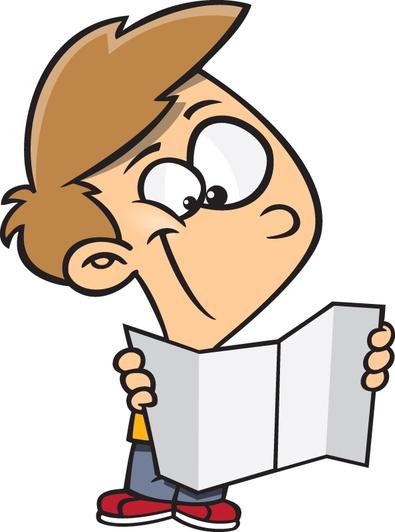 Surprise the CDs.
“Create a beat change after the first line of your monologue. Industry people disagree on so many areas of the business and performance, but one thing I’ve never heard any disagreement on is that they want to be surprised. So, let’s imagine the first line of your monologue is something, like, “I don’t want your money, I want you to listen to me,” and the second line of your monologue is, “It seems like nothing I say means anything to you.” Stop after you’ve delivered your first line. Assign a reaction to your imaginary scene partner upon his/her having heard what you just said. Choose something like shock, denial, resistance—anything that keeps the conflict ongoing and strong. Then, instead of continuing on rant-style (which is what so many actors do), with your next line, “It seems like nothing I say…” take a breath and change your tactic.” —Brian O’Neil

Play nice on social media.
“Don’t leave a trail of negative breadcrumbs that will come back to bite you in the butt! You may think it innocent enough that tweeting how bad last night’s episode of _____ is, but think how quickly that director or writer or actor or producer or casting director might see that tweet. Then think about how difficult it is to get auditions. Then think about how quickly that tweet might go sour.” —Jeremy Gordon

Move on gracefully.
“You have nothing to ever be embarrassed about or ashamed of. Just do your best and let it all go. Whether that’s auditioning or creating or asking someone out on a date and getting rejected or being dumped by your agent. Just keep moving forward.” —Anthony Meindl

Read the directions!
“The biggest mistake I see actors make in the room is simply not following the directions. They often have access to the breakdown, which will give them information on the character(s) and, in the case of my auditions, access to all scenarios for all characters so they can gather even more insight, but then they come in and steer the conversation in the wrong direction. This is frustrating, because reading a paragraph with a scenario is probably easier that memorizing several pages of sides. Just because it’s an improv, do not discount preparation.” —Brette Goldstein

Craig Wallace
Craig Wallace is the creator and award-winning teacher of the Wallace Audition Technique, an audition preparation system that he developed based on his years of experience as a studio executive, talent agent, and casting consultant.
END_OF_DOCUMENT_TOKEN_TO_BE_REPLACED

Brette Goldstein
Brette Goldstein has cast over 40 independent films, 100 commercials, 100 plays, several television shows and new media projects, and was the resident casting director at Washington, D.C.’s Folger Elizabethan Theatre for 10 seasons. She also teaches audition technique at various NYC studios and several universities and has done some serious damage at the craft services table in brief stints as an on-set coach.
END_OF_DOCUMENT_TOKEN_TO_BE_REPLACED