How To Read Off a Teleprompter as a Host 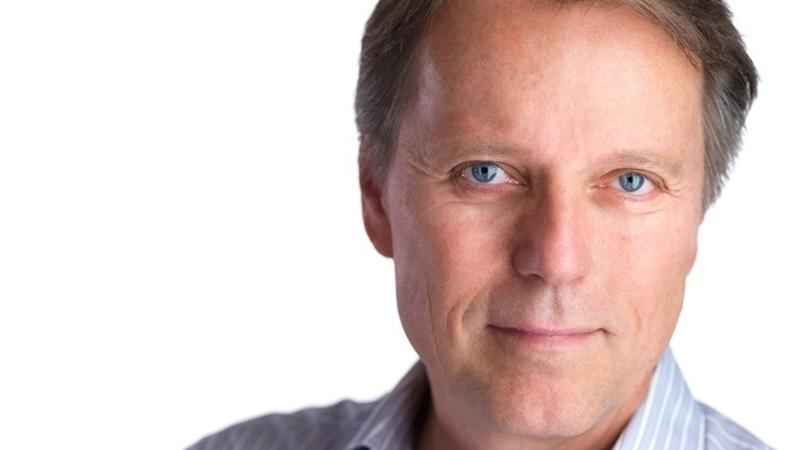 If you've ever auditioned for a commercial where you were asked to read cue cards, held somewhere in the vicinity of the camera, and hated every impossible second of trying to do it well, your moment has come. The teleprompter, an indispensable tool for TV news broadcasters since the 80s, has grown up. It used to be something that only fully equipped studios would have, but now there is no excuse for not having a teleprompter wherever one would be helpful, including commercial auditions. Those evil cue cards, in other words, can finally be put out of our misery.

The reason is the iPad.

Since their infancy, teleprompter set-ups have been large, bulky, and expensive. You had to hang a black-and-white monitor below the lens of the camera and mount the reflective magic glass on a bracket that could support the weight of both. Then you would need to run cables to another electronic device that contained and controlled the words that would appear in front of the TV lens. But despite its awkwardness and tendency to humiliate actors by suddenly running backwards, it undeniably gave anchormen a good chance to look cool, calm, and in control. "How do you memorize all that news copy every night" people used to ask me. "You rarely look down at your script! Amazing!"

Over the years news viewers figured it out, of course. But even knowing that the anchor was reading the words as they scrolled across the front of the lens, instead of talking from memory, the effect of looking directly into the camera while speaking was a powerful new tool in communications. And now it can be yours!

Any show, commercial, or web video that asks you to talk to a camera should absolutely have a prompter for you to use. The only excuse for not having it would be laziness. Teleprompter mirrors and mounts are available for every conceivable kind of video camera, and, within the context of video equipment, are now incredibly affordable. There are several iPad apps, some free, others very low-priced, that turn an iPad into a full-featured teleprompter, controllable remotely by a smart phone.

So now that there is no serious obstacle to having a teleprompter for you to use, the only other trick is learning how to use one. It's not rocket science, but there are some things that you need to know. All of them fall under the heading: "Talk to the camera as if you're talking to a person." Anything you do or don't do when talking to a real person about something that you find interesting should be reflected in how you talk to the camera. Tone, inflection, fluidity, sincerity, the list can go on and on. This is true for all “direct address” jobs, but it requires a little more effort when a prompter is added to the mix. Some people really do, as the cliché has it, look like a deer in the headlights when they try to read a prompter.

The best instant short course I can offer on how to read the teleprompter well is to have you watch those who do it best, and try to notice how they go about it. And also, of course, to study those who aren't so good at it to identify why they aren't. Just as with great acting (you can never catch them “acting”) great direct address prompter delivery never hints that’s there’s anything between the speaker and the audience except a natural, sincere connection.

For my money, the best teleprompter reader in the world can be seen nightly on MSNBC at 9PM Eastern. Rachel Maddow, whom I've never met, has mastered talking to the camera as if she were really talking to us in the audience, personally. And she's reading a teleprompter. It's probably not an iPad teleprompter. But it certainly could be one.

Brad Holbrook
Brad Holbrook is the founder, chief cook, and bottle washer of ActorIntro.com, a Manhattan studio that creates video marketing tools for actors. He also trains and coaches actors in the skills required for performing on camera, privately and in group classes.
END_OF_DOCUMENT_TOKEN_TO_BE_REPLACED