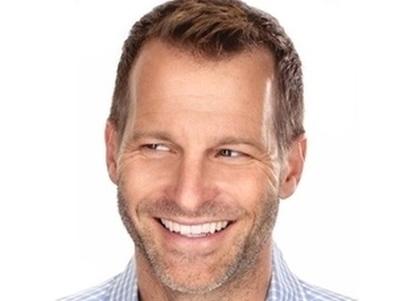 I have a new acting book coming out next year called, “Book the F*@king Job!”

In it, I hope to dispel a lot of the myths still surrounding “acting” and help actors understand that they’re probably doing a much better job naturally than they realize, and that the more we’re taught to question in ourselves that which comes easily, the more we start trying to play ideas, reduce acting to theoretical concepts that aren’t playable, and stop trusting our own instincts which is really all we have.

One of these examples is the question of “preparation” I get asked a lot.

My favorite response is that of Academy Award winner, Tilda Swinton when she says, “When people ask about how I approach a character—well, I wouldn’t know how to approach a character if I tried. People will ask about choosing a role; I don’t choose roles. People will talk to me about preparation. Aside from putting together a disguise, I’m not aware of any preparation at all.”

And that’s an Oscar winner. Amazing.

What she’s saying is that it’s all so much closer to us (and easier) than we realize. Or rather, just cut all the rhetoric surrounding acting and get to the heart of it…which is you.

In the real working world, actors aren’t “prepping” for their work on set the way we are often taught in the classroom. Partly because the speed with which things are being made and how little actual time you might have on set to explore often prohibits this kind of work. You can’t call up Ryan Gosling and say, “Hey Ry, before I work with you on your next movie, can you come over to my house and run my scenes with me for hours and then do lots of exercises and memorization and prep?”

Well…actually maybe you would if it were Mr. Gosling! What?

Real “preparation” means understanding the material. Period. Know what is going on in the scene. Know who you’re talking about and what’s happened. Make sure you’re clear on who your character is in relation to the rest of the story and know what each of the scenes you are in are about. Then memorize.

But is that prep? I’d call that just being professional. It’s called doing your job. You make choices based on what you want to try and what have a point of view about. That’s not prep, that’s common sense.

And then the real work is to come to set open and ready to try things—ready to move beyond your comfort zone; ready to let the circumstances evoke things out of you that are surprising and mysterious and scary, and not “prepped.”

Sure, if you’re playing a character from another time period that doesn’t mean you won’t research something, whether it’s an accent or a handicap a person might be suffering from, or the history of that time if it’s a significant part of the story.

But most of the things you’re going to play are slices of contemporary life. And ultimately, regardless of what milieu you’re playing in, you will still have to allow different parts of yourself to be evoked out of the circumstances in which you find yourself. You’re not playing your “prep,” you’re playing the moment.

Let your acting come from that instinctual trust. And you’ll discover that your “prep” has mostly been done for you by just knowing (the material) and then throwing (it away) and showing up.