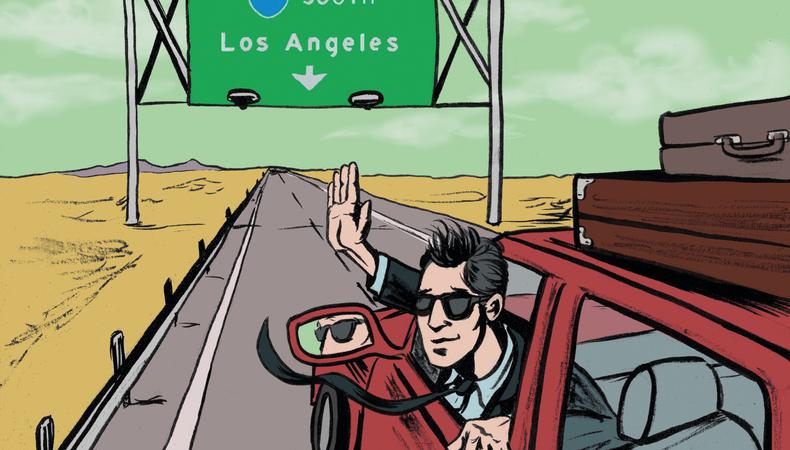 Last week, I decided to take a few days off and fly up to Portland, Ore., an attractive city where the people are friendly and the food is amazing. It’s a short flight. My friend has a place there so I figured, why not?

When the cab dropped me off at LAX, I was shocked to discover the place was packed. It looked like the day before Thanksgiving. What the hell was going on?

Agents are a curious breed, so I decided to ask around and every single traveler gave me the same answer: They were all actors flying home after spending pilot season in L.A.

To make matters worse, they looked broken, like soldiers leaving a war zone. I felt bad for them because I knew they had made a fatal mistake. You see, L.A. isn’t a place you can visit for a few months and then abandon. You have to commit if you want to get anything in return.

The whole concept of coming to L.A. from January to March hoping to score a pilot is insane—it just doesn’t make sense. And if you don’t already have decent representation here, you might as well stay home and try inventing time travel. Your odds of success are about the same.

First of all, no agent will sign you in January because they just spent the last few months building up their client list for pilot season. Second, casting directors who don’t know you aren’t going to have time to meet you because they’re too busy casting pilots. And third, if by some miracle you actually got a chance to audition for a series regular role, you won’t have the experience to do well in that kind of high-pressure setting.

Another problem you’ll have to face is the competition. There are already thousands of actors here who are just like you, except they have representation and several casting fans. They’re the ones who will be auditioning for pilots, not you.

So here’s what you have to consider. If you’re living in any city other than L.A. (with the possible exception of New York) and you’re interested in booking a pilot, this is the time of year you need to start thinking about making the big move West.

But don’t kid yourself. Even if you get here by summer, I’m not suggesting you’ll be ready for pilot season by the start of 2016. Ha! I’m talking 2017, because you’ll need at least that much time to find representation, meet the casting community, and establish yourself as an actor worth hiring. (And that’s assuming you actually have some talent and a fair share of luck.)

Why so long? Well, ask yourself this: What kind of actors book pilots? Answer: the ones who work in television. That’s why dropping in for a few months without TV credits makes you look clueless, like a hick who fell off the turnip truck.

And please don’t kid yourself with tales of actors who booked pilots with almost no experience. Sure, that happens once or twice a year but those people are outliers and they don’t represent the whole. You can’t assume that if one person out of thousands ends up winning the lottery then you will too. That’s false logic and a deluded way to live.

So make a commitment. Rent an apartment. Buy a car. And send the city some flowers. Who knows? If you show L.A. a little love, she just might love you back.