1 CD Explains Why Chemistry Was Key for 'The Remaining' 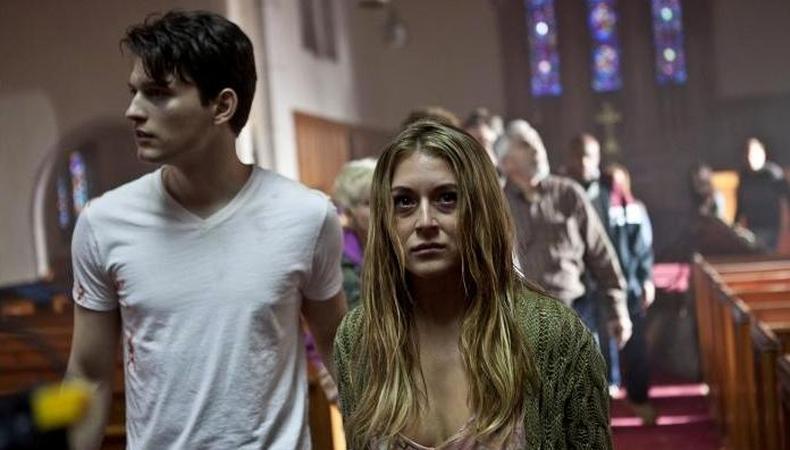 Former Universal Studios casting executive Nancy Nayor has always been a fan of the horror and sci-fi genres, but after casting “The Grudge” and “The Exorcism of Emily Rose,” she began receiving offers for more genre projects, like Casey La Scala’s latest film, “The Remaining.” The Christian movie revolves around a group of friends celebrating the wedding of Dan (Bryan Dechart) and Skylar (Alexa Vega) when the Rapture hits and they are caught up in a dramatic end-of-the-world scenario.

Having cast actors Adam Brody, Jennifer Morrison, and Mike Vogel early in their careers in La Scala’s first film, “Grind,” Nayor says she knew “he was going to have great taste in actors.” Nayor and casting colleague Andy Henry had extensive mix-and-match chemistry read sessions, because La Scala wanted the actors to have real chemistry. And with no actors attached, Nayor started from scratch: “It’s fulfilling to build an ensemble from the ground up.” Nayor and Henry are especially proud of the ensemble’s chemistry: “[It] felt really great that they did feel like friends. I pride myself on casting actors that play well with others and aren’t high maintenance,” says Nayor.

In addition to the happy couple played by Vega and Dechart, Italia Ricci (“Chasing Life”) plays Allison, the bride’s best friend who is just finding her way back to religion. Johnny Pacar plays the photographer with a secret crush, and Shaun Sipos plays the best man. Nayor does note that she always loves casting Sipos. “One of the first movies that I cast him in was 'Comeback Season' opposite Ray Liotta. They did work sessions before Shaun was cast and I just remember being so impressed that he could be so confident and so great opposite such a veteran actor.”

Preacher Shay was one of the only older roles, which gave them an option of going with an established, recognizable name, but keeping the “real” feel was still important. “Casey wanted to have him have a Jesus quality and a religious Christian feeling [with a look] reminiscent of Jesus.” John Pyper-Ferguson’s long hair and beard provided just that iconic look. “We pretty much knew he was the front runner right after his first reading.”

Recreating the drama of the disaster scenario in the audition room without effects, sets, wardrobe, or smoke required an emotional depth from the actors. Although tears aren’t required, she says, “If an actor reaches a point where they really have tears in their eyes—for some actors it’s a technique and it’s a trick—but if you genuinely feel that intensity and that depth for the right scene, that tells me that person can get to that place.”

The faith-based content of the film also factored into casting. Although actors did not need to share the beliefs of the filmmakers, the content did lead to interesting conversations in the audition room. “The actors would share their own personal spiritual or religious experiences... actors would often bring it up, saying they responded to the material because they had this belief, or they’d explore the concept of the rapture. A lot of actors brought personal stories about the concept to the audition process.”

Melinda Loewenstein
Prior to joining the Backstage team, Melinda worked for Baseline StudioSystem tracking TV development. When she's not working, she enjoys cuddling with her cats while obsessively watching every television show to ever air.
END_OF_DOCUMENT_TOKEN_TO_BE_REPLACED