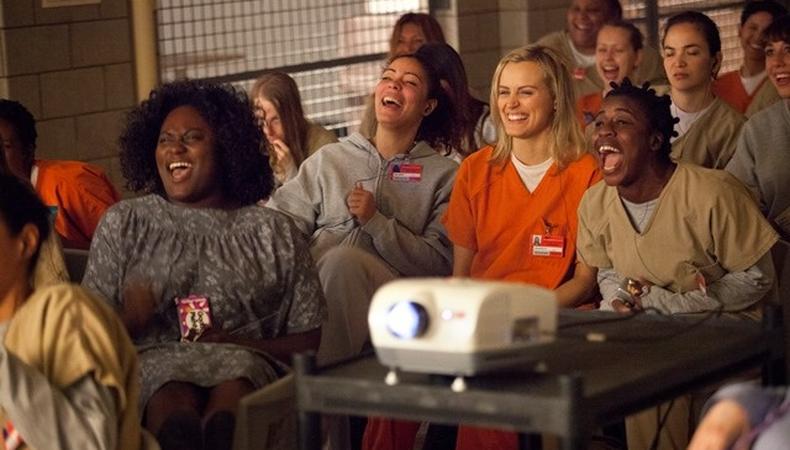 “It’s like the holy grail of casting when somebody says ‘We just want real-looking people, no stars, nothing glamorous,’” says casting director Jennifer Euston, who immediately connected with “Orange is the New Black” creator Jenji Kohan and producers Tara Herrmann and Mark Burley’s sense of humor and vision for the show. Euston brought together an incredible ensemble, including many actors that may not have been on the average American’s radar.

There were a lot of characters to establish in the first few episodes. “I just had to go through a lot of people to find the perfect person.” With the exception of Taryn Manning, Euston and her assistant auditioned everyone; she loves “meeting actors, reading people, working with them to play with it a little bit, seeing what they bring to it, surprises.

“I understood how [Kohan] wanted the show to look, and I was ready to sink my teeth in.” With only the pilot script and brief character descriptions to work with, Euston brought in all the character actors and theater actors that she loved. “I needed to bring in people that I knew could do more than just a couple lines, and had a lot of ammunition. With Danielle Brooks [Taystee], all we had was that shower scene in the beginning. She had one line, and she sings, and that’s it. That was the audition.”

Euston was grateful for Kohan’s ability to see the potential in actors, since Kohan had more information on the big picture for the series. Recognizing potential is a skill casting directors must utilize daily. “Somebody will come in and we’re like, ‘Oh they’re great, but they’re really more like this,’” she explains. An example was Uzo Aduba, who, before Euston even started reading people for Crazy Eyes, went on tape for the producers for another role. “She had her hair in those knots for the audition…They saw something amazing in her and were able to connect it to what they were looking for in [Crazy Eyes].”

The producers were interested in Michael Harney and Pablo Schreiber because they knew both actors from “Weeds.” When they suggested Schreiber for Pornstache, Euston says she knew they were on the same page. “They’re great because they didn’t have to go through a million people...They just know how good somebody is, and they’re very decisive, and I love that and admire that so much.” Euston loves working with Netflix and HBO [where she casts “Girls”] because they allow casting to happen in this way. “I think, unfortunately, network television falls into this numbers game, [like] the volume of how many people you see somehow proves you have the right person, which is not true,” she says.

The world of the show allowed Euston a lot of freedom in casting, because “it’s just people from all walks of life coming together,” and the clash of the characters coming together enhances the story. “It’s not like ‘Friends,’ where you’re just focused on six people. I never felt held back by a bigger picture of chemistry.” That also allowed Euston to assemble an ethnically diverse cast. Although they changed ethnicities to protect people’s identities, the fact that the script was always ethnically diverse gave them flexibility within the roles, so she could “show the best people, no matter what ethnicity they are. And that’s luxurious in casting.”

Melinda Loewenstein
Prior to joining the Backstage team, Melinda worked for Baseline StudioSystem tracking TV development. When she's not working, she enjoys cuddling with her cats while obsessively watching every television show to ever air.
END_OF_DOCUMENT_TOKEN_TO_BE_REPLACED