The 1 Reason You Want to be Typecast 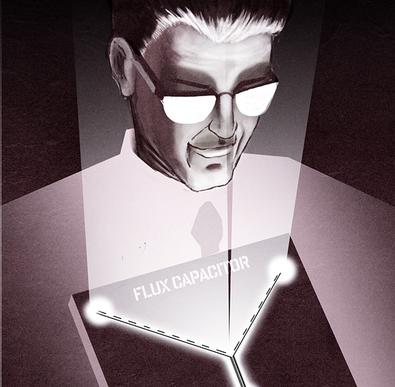 “Wait a minute, Doc. Are you telling me you built a time machine…out of a DeLorean?”

I was a teenager when “Back to the Future” came out. It was a huge summer blockbuster, the perfect blend of comedy and science fiction. Everyone I knew must’ve seen the film at least three times.

One of the reasons “Back to the Future” worked so well is because Michael J. Fox was perfectly cast as the lead. Besides being funny, he’s a very likable actor. Audiences enjoyed spending two hours in a dark theater rooting for Fox as he navigates teenage love and the space-time continuum.

But here’s the thing: Michael J. Fox was not the first actor cast in the role of Marty McFly. For the first five weeks of shooting, Eric Stoltz played the part.

So what happened? Why was he replaced? Was his performance that bad?

The truth is, he was wrong for the part. Stoltz, a very talented actor in his own right, just didn’t have the right comic sensibility. With him as the lead, “Back to the Future” would be a totally different film.

It would be an educational experience for you as an actor to see the movie again and then watch the original footage with Stoltz. (It’s available online and on the 25th anniversary DVD.) Everything—shots, locations, wardrobe—is exactly the same, but a different actor is standing in the frame. It feels like you’re watching a familiar film in a different universe.

Stoltz hits all the right beats, he looks great—but it just doesn’t work. Why? I would argue his essence as an actor is grinding against the film’s tone. And that works both ways. Stoltz went on to star in “Mask,” playing a physically deformed character I don’t think Fox could have pulled off because his essence would’ve been buried under a ton of makeup.

So what’s all this talk about essence?

Call it what you will but it’s all about understanding what you project as a human being. Some actors radiate goodness. Others put out darkness. Both are equally castable.

That’s not to say actors should be limited in their choice of roles. The best performers have range and can transcend their essence. For example, Willem Dafoe is a brilliant actor who always comes across as edgy and dangerous. And yet, he did a wonderful job playing against type as the angelic Sgt. Elias in “Platoon” and as the Son of God in “The Last Temptation of Christ.” But that was later in his career. When he was starting out, Dafoe made his mark by allowing his essence to shine in movies like “Streets of Fire” and “The Loveless.”

This is a lesson every actor needs to learn.

I represent a woman who always comes across as the smartest person in the room. Is she? It doesn’t matter; that’s what she projects. And when I send her in to audition for characters who aren’t very bright, she never gets the part.

During the early days of your career, it’s essential to understand how you come across to others. This is something you should explore in class or with fellow actors on your own time. It’s a surprising process because you might learn that others see you differently than you see yourself.

A lot of actors worry about getting typecast early in their careers, but that’s exactly what you want. If you play to your essence, you can fast-track your ability to book work. And then, when you’re established, you’ll have the freedom to play a wider range of characters.