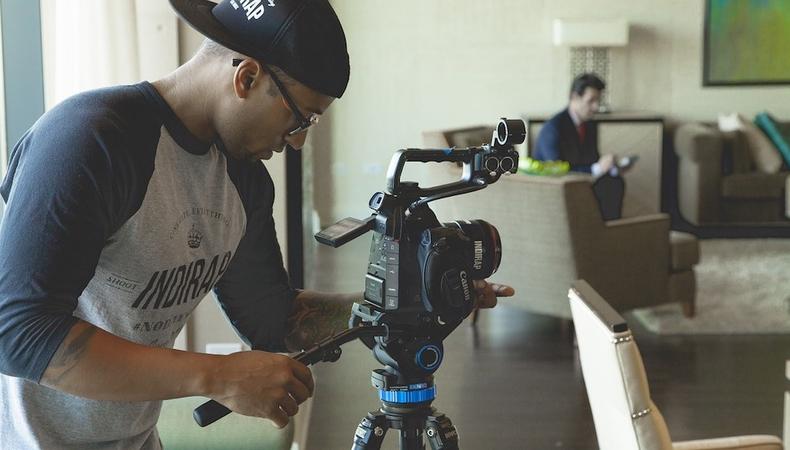 Since you’ll rarely have much of a say in such things, here are nine reasons a director and editor may not use what you consider to be your best take.

1. You don’t see what we see.
On a shoot, the camera is often far away from you. But, depending on the lense, might actually be picking you up in a mid shot or even a close up. When another close up is captured from three feet away, the editor may decide that moment was best represented on the long lens. Though you feel your final take in the close setup was the best, the editor and director may feel like the magic was captured earlier, or else they may choose to keep the scene extremely wide the whole time, thereby eradicating the need for your close up at all. It’s all about what the director and editor feel is best for the story.

2. The continuity doesn’t match.
Saying “I love you” and then picking up a coffee cup in your close up may become an unusable take if you picked up the coffee cup and then said “I love you” in the over-the-shoulder two-shot. Though many directors and editors follow the rule of sticking with the best performance and rare shows discard continuity as rule entirely, if your favorite take is judged in the edit as being only marginally better than another with perfect continuity, your favorite take doesn’t stand much of a chance.

3. The take didn’t match the other performer.
Depending on the shooting schedule and budget, there may be minutes or even hours between shooting your close up and that of the lead actor. If your emotional roller coaster of a performance isn’t used in the final edit, it may be simply due to the director finding a different path they wanted to follow by the time the main actor gets around to capturing their subtle, nuanced take after yours (or vice versa). In this example, an earlier take of yours may be selected to match the subtlety found in one of the lead’s final takes. Other than that, the lead actor will almost always receive more screen time than a guest performer.

4. There was a technical glitch from the crew.
I once saw an episode of a medical drama I shot in Australia where the guest actor had her big moment ruined by a technical glitch. They used it in the final edit but it looked incredibly awkward when, as the single tear rolled down her cheek, the camera operator bumped the zoom and the unintentionally comedic result was like something out of an Austin Powers movie. It was her best performance and so it was used, but in most cases, it wouldn’t have been, and out of pure embarrassment they would never tell you why.

READ: 5 Tips to Make Your First Take Your Best Take

5. There was a technical glitch on your part.
If a take can’t be used due to a technical glitch on your part, you may also never be told why. Directors, editors and crew members have a great deal of respect for actors in most cases and don’t want to upset them by informing them that moving too quickly to your mark or missing it entirely are the reasons why your second best take is the one that ends up on screen. Establish a rapport and an honest dialogue with the DP, camera operator, boom swinger, focus puller, and script supervisor in order for you to get a heads up if you’re doing anything that might make your best take unusable.

6. It was the best they could do in the time they had.
Clint Eastwood is apparently quite fond of shooting single takes and then moving on. Apparently, he’s also not a huge fan of rehearsals. Though this terrifies most actors (and crew members too, by the way), he finds it a great way to remain fresh on screen. This is incredibly rare. Most shoots with only several takes per scene do so because it’s all the budget allows.

If your best take wasn’t used, it’s possible it wasn’t even captured. This can especially be true of projects with multiple cameras where you think you’re being shot but the team is just marking through the moves, or the CF card ran out of storage space during the climax of your scene. Don’t be too harsh on them—everyone’s doing the best they can with the time and money they have. Forgive the team for a less-than-perfect job when they’re under the hammer and they’ll forgive you when you “can’t find your motivation.”

7. They changed their mind on the direction of the piece in the edit.
It’s a truism in our industry that a film is “made three times”: once in the writing stage, once during the shoot, and then once again in the edit. Though there are certain auteurs whose films are exact matches to the original script, most directors of film and TV have more fluid processes and may change direction of the story when better paths present themselves. Celebrities have had roles dramatically reduced, or been excised entirely, to suit the new path, so don’t be surprised if it happens to you occasionally.

8. You went all out.
In all the years I was a professional reader for casting directors, the feedback was almost universal: that the actor’s second-to-last take was better than the last. The reason seemed to stem from an actor still holding something back in the former take, which gave the drama of the scene some friction. When they cut entirely loose in the final take, it felt great to the actor but stopped being as interesting to the casting director. This is equally true of takes on film and TV.

9. It wasn't actually your best take.
In the end, it just may not have been your best take. “Best” is entirely subjective and there are many people taking part in the selection process when it comes to the take used.

Nobody wants to use your worst performance. If you look terrible, everyone looks terrible. Choose your projects wisely and trust that the vision of the director will come through in the end, regardless of your own opinions. You have a director, editor, and entire crew that has your back. You do your job, they’ll do theirs.

Paul Barry
Paul Barry is an L.A.-based Australian acting teacher, author of “Choices,” and a Backstage Expert. Barry runs on-camera classes in Santa Monica as well as online worldwide and conducts a six-week program called Dreaming for a Living, coaching actors, writers, and filmmakers in how to generate online incomes to support their art.
END_OF_DOCUMENT_TOKEN_TO_BE_REPLACED