4 Reasons to Choose Comedy for a Scene Showcase 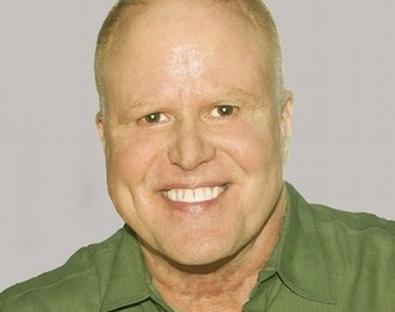 You might not have thought of comedy before, but here are a few reasons the genre could help you stand out in your next showcase!

1. Context. A well-written comedy scene stands on its own better than a dramatic scene, provided of course that you're good with comedy. One problem with a dramatic scene is that the audience watching it hasn't invested in all that has led up to the scene being performed in the same way that they would if they were actually seeing the entire play. As far as comedy “standing on its own better” goes, think about how people flock to comedy clubs to watch someone make them laugh for a bit. “Stand-up drama clubs” are not in vogue, and never will be.

2. Consensus. When you are performing in a showcase and you’ve chosen comedy and the entire audience is laughing, it means they think you’re “good,” or they wouldn't be laughing. Consciously or unconsciously, agents and managers are aware that the casting community is laughing along with them, and representatives need to know how you’re “going over” with their “buyers” (casting directors). If the audience is laughing, you’re going over well. When you are performing drama, no one—including the two actors performing the scene—has any clue whatsoever as to how anyone else is responding to it at the time it’s being performed.

3. “Call for an interview.” I've experimented many times with what follows. During a school scene industry showcase I will stand at the back to the theater and observe the industry audience. It’s when the audience members have just laughed that they are most likely to pick up their pens and check the box on the industry sheet that says “Call for an interview.” The harder they laugh, the more the heads go down and the pens get picked up. It’s fun to watch this.

4. Physicality. People remember what “moves.” People take “moments,” that is, snapshots, so to speak, with them from the plays, movies, and television shows that they’ve seen. The mind remembers in pictures, so an actor’s physicality is often what a person remembers when describing an actor’s showcase performance—even more than they remember the name of the play the scene is from or the name of the actor who did it! But it has to be organic and not contrived, and comedy lends itself to this very well.

How often an industry person has said to me something along the lines of: “I really liked the girl who walked over and unexpectedly twirled the guy around right in the middle of his rant.” Or my personal favorite, an agent once said to me: “My favorite actor in the whole class was the kid who kept squashing the empty beer cans in his hand while he was talking.” The actor? Oscar Isaac, star of “Inside Llewyn Davis” and the upcoming “Star Wars: Episode VII - The Force Awakens.”

Does all the above mean you cannot do a dramatic scene? No, because “dramatic” does not necessarily mean “humorless,” although it’s a problem area for a lot of actors. It’s instinctual and quite literally requires a sense of humor. Sometimes there is a quirky twist in a dramatic scene or some irony that the actor senses that makes it really all work.

How well I remember a couple of years ago seeing a young actor named Helen Cespedes perform in her school showcase. The scene was technically a dramatic scene involving a romantic breakup. Such were the elements of the scene along with Cespedes’ skill that she was laughing and crying while she was talking—all at the same time. Actors don’t usually do this, but people do it all the time in real life, which is what good acting is supposed to mirror. She was so genuine, and so rare was the quality of her work that it was magnificent to observe. The audience was spellbound.

I later asked her how she would describe what the character was feeling when she was doing what she was doing. She said, “I would say I felt the way you feel when you're barely holding onto your sanity.” Bingo! Great acting! (Notice what I remember? Not what she said, but what she did. I remember her laughing and crying at the same time, so human, and so skilled). All the above applies to monologue work as well as scene work. Time is of the essence here as showcase season is, once again, upon us.

Brian O’Neil
Brian O’Neil is an acting career coach, consultant, and audition coach. A former agent and personal manager, O’Neil is also the best-selling author of “Acting As a Business: Strategies for Success.”
END_OF_DOCUMENT_TOKEN_TO_BE_REPLACED