5 Reasons Fame Is All That Really Matters 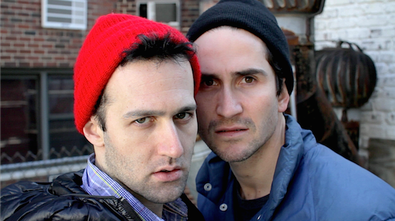 We didn’t come to the entertainment industry to get famous. But that is why we’ve stayed. While most of you know us from the wild success of our column, this isn’t our first rodeo. Up until now, we’ve focused on the craft of acting and promoting change through our hard-hitting-yet-entertaining social action theater we call Enterchangement©™®, which has led to a string of hits at the Iowa City Completely Off the Radar Festival (*see below for complete credits). Despite these triumphs, we decided to put off being famous until next year, due to our ongoing research into what it feels like to be “normal.”

“But Ben and David,” you ask, “putting off fame, isn’t that crazy?!” Yes, it was a difficult decision, and not one we’d recommend for everyone. For most of you well acquainted with normalcy, we advise getting famous as fast as possible. Because while world-changing art is important, fame is, for good reason, considered to be the most meaningful thing for which an actor can strive.

Here are the top five reasons fame is all that really matters:

1. All your problems go away. Once you’ve arrived, that’s it. There’s literally nothing more to worry about. All difficulties with relationships, and other normal human challenges don’t exist anymore.

2. Going home for the holidays just got a whole lot better. No more having to explain to your aunts and uncles what you do all day. Now everyone will love you unconditionally.

3. You can finally do that charity work you’ve been meaning to do. Before your fame, you could've volunteered till you were blue in the face and no one would know. Now: Volunteer at a soup kitchen, help build houses, and care for the sickly. People will notice!

4. Your past failures become great pre-success stories. That period of five years of unemployment, dressing up as Elmo in Times Square...a great story for Letterman. That time you scared the audition room with your scream-fit about the new sides...Ellen will love it. That time you found out a casting director’s favorite café and eavesdropped on her every day? Most people will still be creeped out by that, but not nearly as much now that you’re a star.

5. Everything you do becomes genius! Famed theater director Richard France was ridiculed for years for his progressive ideas. There was his production of “The Master Builder” in the Bronx, where audience members just literally helped him build him a house. Or his staging of “A View from the Bridge,” where audiences struggled to see actors two miles away in Fort Wadsworth Park while standing on the Verrazano Bridge. Now that he’s a legend, who’s laughing now? From mockery to mythology, folks.

*credits from Iowa City COTRF:
“Improve With Improv Dam-it!: A Spontaneous Journey into the Nation’s Deteriorating Infrastructure”
“Bringin’ Spaghetti to the Serenghetti: Feeding Africa With Laughter and Rhyme”
“I Like Your Haircut: Ben and David’s Reenactment of Every Documented Account of Inappropriate Workplace Flirting in 2008”
“Skinny Minnies: Disney and Size-ism: A Tragedy in 8 Acts”