4 Reasons You Didn’t Get a Callback 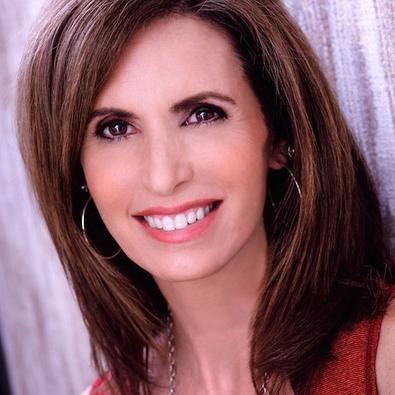 One of the most frustrating experiences is to feel as though you “killed it” in an audition and then never get a callback. I can’t tell you the countless times I have been asked by actors, “Why didn’t I get a callback?” This is a behind-the-scenes look at what can happen after you leave the audition.

1. You aren’t the right match. For example, the producers and the director are trying to cast a family and everyone has to look and feel like they are related. The physical traits of a certain actor are just a better match for the group being cast.

This could also happen when casting two best friends or an ensemble of actors. We mix and match all the actors. You may have done a great job, but another actor fits the mix better.

2. The roles changed. In the time between the audition and the callback, the producers or even the network executives changed their mind. On many productions I have worked on, the creative process can be evolving as I am casting a project. Many times, qualities/description of the roles we were casting changed daily.

3. Your skill level isn’t where we need it to be. Sometimes when we say, “Thank you, good job,” it doesn’t necessarily mean that you will get a callback. There are as many reasons as there are actors and shows. It could be that your skill level is not up to what is needed. Sometimes the actor lacks ability to take the directions given to him. Other times, the actor is having difficultly becoming that character. Now, this doesn’t mean that with more classes, performances, and auditions that it won’t develop. It just means at this moment, that particular casting director doesn’t see it.

4. There was a lack of consistency in your auditions. The most important attribute I want to see in an actor is the ability to be consistent in auditions—being able to deliver that performance from the first audition to the last, and then continuing to be consistent with your delivery on the set.

On one particular television series, I was casting a recurring role that required the actor to have a wide emotional range. The female actor who got the role was consistent from the very first taped pre-read all the way through to the chemistry test with the lead actor she would play opposite.

Many actors do a fantastic job on their first reading, but when the director or myself give them different direction, they just do not deliver the performance the second time.

I always remember those actors who come in prepared, have done their research, make strong choices, have a professional attitude, and are consistent in their auditions. I have cast numerous actors who didn’t get a callback on one project, but I cast them down the road for something else because I liked their personality and remembered their audition.

Casting directors are always looking for new talent. It is exciting for me when I find an actor who doesn’t have a ton of experience, but has the talent, personality, and is incredibly engaging. I feel compelled to help them get the job. This is why it is so important to continue to develop your craft.

Hopefully, this gives you some insight into why you didn’t get that callback. But no matter what, always focus on doing your best in the audition!

Lisa London is a casting director known for “Hannah Montana,” “The House Bunny,” and “Grandma’s Boy,” among other projects. Her book, “From Start to Stardom,” is an A-to-Z guide about the business of acting that provides actors with detailed information about getting started, taking professional headshots, getting discovered, getting an agent or manager, the auditioning process and what casting directors look for, plus much more. It also has interviews with top Hollywood professionals such as an agents, managers, directors, and actors.

Lisa London
Lisa London has been a casting director for more than 60 films and television shows. Over the last 25 years, she has cast projects for Sony, Disney Channel, HBO, Nickelodeon, Screen Gems, Universal, Columbia Pictures, and ABC, NBC, CBS, Fox, and Amazon.
END_OF_DOCUMENT_TOKEN_TO_BE_REPLACED