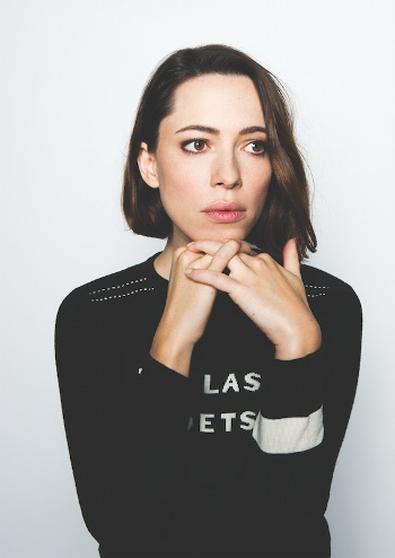 First things first: The title is pronounced “mash-in-ALL.” Not that star Rebecca Hall, director Lyndsey Turner, or the rest of the cast and crew necessarily knew that for certain when they all signed on to present the first revival of Sophie Treadwell’s “Machinal” since its 1928 Broadway debut (featuring a young Clark Gable).

After going back and forth for days between every conceivable pronunciation, Turner brought in a letter she discovered in which Treadwell quite plainly stated she wanted the title said with a soft “sh.” “But the moment they put it on Broadway, the people who did it said, ‘I think it would be better as “MACK-in-all.” ’ And that’s sort of her story, isn’t it?” says Hall. “A bunch of people going, ‘No, you’re probably wrong.’ And so we make quite a concerted effort to go, ‘No, I think you’ll find she was a person and she did have some opinions on her own play. Even if she was a woman!’ ”

That anecdote is particularly telling, given the subject of the play in question. Hall stars as Helen, a young woman ground down by an oppressive, repressive society that limits the options of women. Forced into marriage with an older man (Michael Cumpsty) as much by financial considerations as by the confusion of friends and family over why she wouldn’t leap at the chance for escape into a materialistically better life, Helen eventually takes a lover (Morgan Spector), murders her husband, and goes to the electric chair. And though the play (loosely based on the Ruth Snyder trial that inspired “Double Indemnity”) was written in the late ’20s, Treadwell was so far ahead of her time that it feels shockingly contemporary. Just don’t expect a razzle-dazzle piece of Jazz Age homicide like “Chicago” playing up the street. 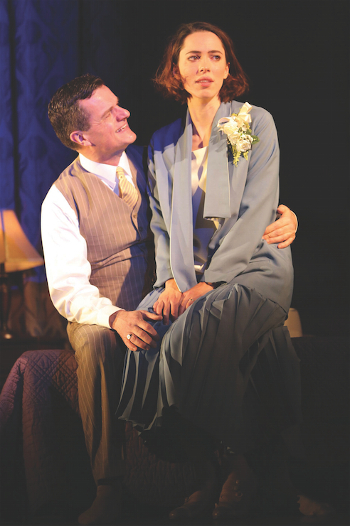 Treadwell is less interested in the usual set pieces—the acceptance of the proposal, the hysterics of the wedding night, the actual murder—than in an expressionistic examination of the daily, drab, drip-drip-drip of a life endured rather than lived. Turner foregrounds that sense of the machinery of life rolling along unbidden with a bold physical production that keeps the actors and sets on a revolving box that silently turns, even as Helen desperately wishes for time enough to parse what options she might have left. That leaves Hall with the hefty responsibility of imbuing a woman lacking charisma and special talents with enough gravitas and humanity to keep audiences riveted by her struggle to breathe for 90 minutes—and whose final moments of life aren’t spent delivering a “Medea speech,” as Turner says, but are as stillborn and faltering as the rest of her life has been.

“When you see a big performance with someone who is heroic and makes a lot of choices, it’s exciting and overwhelming,” Hall says. “To depict someone who is nearly entirely internalized and has no agency, and to be able to externalize it to the point where you’re showing it as a sort of art? I think that’s genuinely hard, and hard in a way that people don’t necessarily see. And rightly so, because if you get it right it should be invisible.” When we first meet Helen, she’s in the middle of a panic attack on a crowded subway—and her life only gets more claustrophobic from there. With a character already beginning at her lowest point, Hall had to toss out any kind of logic or narrative structure and embody the effects of relentless societal forces at work against the woman.

“It would be too easy for the audience if I presented her as a woman who’s just cuckoo bananas, needs to go on medication and be locked up,” she says. “You just go, ‘Oh, that’s what’s wrong with her.’ You don’t go, ‘What is wrong with her?’ What the play is really trying to do is basically say the measure of a civilized society is how they treat the weak ones. I had to show her as a weak one you can relate to.”

Anyone who has followed Hall’s career with even the slightest of interest can attest that if any actor can locate the humanity in what could easily be a hollow symbol, it’s Hall. Best known for her roles in the films “Vicky Cristina Barcelona” and “Iron Man 3,” Hall has also made a name for herself among theatergoers with turns in the West End in “Mrs. Warren’s Profession” and at BAM as part of the Bridge Project in “The Winter’s Tale” and “The Cherry Orchard.” In fact, her stage debut in “Mrs. Warren’s Profession” is what first gave Turner an inkling of what Hall could do with “Machinal.” 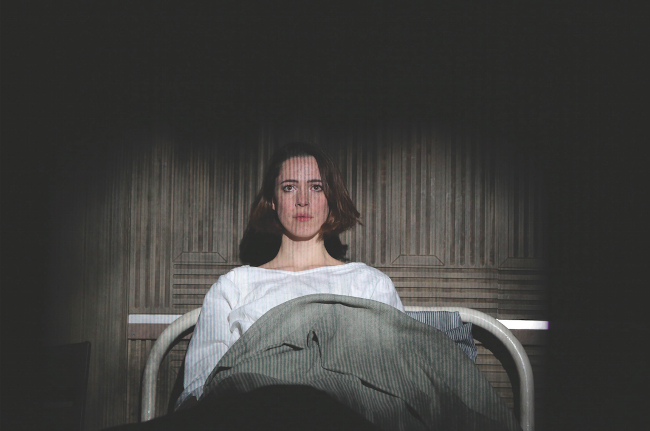 “She’s unacknowledged as a great chameleon actor, and I think this play only works if you have somebody with real humanity and lightness of touch and skill playing Helen,” Turner says. “And that seemed to me to be Rebecca. Part of what makes Rebecca Rebecca is daring herself to do things that make her frightened.”

Her willingness to accept dares stood Hall in good stead when it came to performing the most technically difficult aspects of the role: Helen’s two stream-of-consciousness monologues, one of them obviously detailing postpartum depression and written at a time before the condition had a name. Calling them the most terrifying things she’s ever done, Hall boldly accepted Turner’s dare to simply memorize them without any logic or the addition of any actorly flourishes. “When I’m going full kilter, there is no way of having a thought. If I go wrong, it’s over,” she says. “You have to erase technique. That doesn’t mean the emotion doesn’t hit me. It gets me every time, but I can’t be conscious of it.”

That ability to fully embody the moment stems directly from Turner’s rehearsal process, of which fully half of the time was expended on script work before the actors ever got on their feet. For an outsider, the play’s prospects looked unlikely, but Hall says that everyone within the room was thrilled by the work. “Instead of scrimping on the detail and going, ‘Let’s get to the blocking,’ Lyndsey was like, ‘When the foundations are really strong, there’s only one place to stand,’ ” Hall says. “And by the time we got to the last bit, it was, ‘Oh, obviously this is where I stand.’ And we just got on the box and worked out how to not get nauseous while living on a merry-go-round for an hour and a half.”

Describing the rehearsal process as the most exciting she’s ever been a part of, Hall is quick to lavish praise on her co-stars and the technical team, all of whom she says were operating at maximum ability. “Everyone in this had the same feeling that this is not really about ourselves. We love the play and we’re on a sort of mission; everybody down to the designers just wants to make this work,” she says. “It’s very rich. I don’t think I’m going to get bored performing this one. It’s just so powerful.”