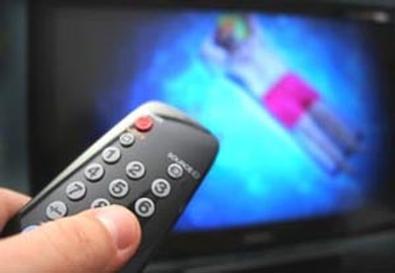 Whether you've taken a few commercial classes or graduated from Juilliard, there are plenty of lessons that probably weren't in your curriculum. I asked a few actor friends to expound on the subject.

Steve Barr, who's married to a major commercial agent, says that "if you book two things that shoot on the same day, and the parties involved can't work something out, you go with the first person to actually book you." The first "avail" (when you're asked to be available for the shooting day but haven't actually been hired yet) doesn't matter, he insists.

On the set, Barr says, you need to be ready to go. Watch the crew. Be in place and ready to work before they have to wrangle you. Don't be the actor playing grab-ass or telling jokes when the director is ready to shoot. He also advises, "Practice hitting your mark, so you can arrive in your best light take after take. Keep your actions simple in the master. Then, unless directed otherwise, repeat the same actions, with the product in the same hand, exactly the same, all day long." If you wind up working with a kid, Barr notes, you might have to translate what the director wants the kid to do. "Make it a game between you," he suggests.

Greg Zarian says that at auditions, fittings, and the shoot, there's one thing to remember: "No one is your maid." Tidy up after yourself and hang up your wardrobe when you're done shooting. It's no one else's job to clean up after you. Also, when you're done eating, pick up your plates and cups, and even offer to pick up those of others. "There's nothing better than having good manners and being a team player on the set," Zarian says.

Here's some common sense from model and actor Etirsa Inniss: "Don't talk shit about anyone to anyone. The wardrobe person could be married to the director." Think of set gossip as radioactive. However, she says, it's okay to "call SAG if there is something awry on the job…. Just do it quietly and don't brag about it."

Joe Howard, a truly gentle man, warns actors to be aware of the hidden dangers in commercials. He once turned down a job only to learn that the actor hired in his place was dropped on his head from 12 feet in the air and permanently injured. For another ad, Howard discovered that he would have to lie down, hold a tee in his mouth, and have a golf pro hit the ball off it. He turned that down too. On a third spot, "I was launched with wires in an easy chair and hurt my hand on one of the takes…. Sometimes it's best to just say no," he says.

To close, here are a few tidbits straight from this horse's mouth:

– If you give the casting director a thank-you gift, make sure the entire office can enjoy it—such as a gift card to their favorite restaurant. Don't give sweets, because everyone is watching their weight.

– Wear something to the set that you can unbutton or unzip, so you don't have to pull anything over your styled hair and makeup.

– No one wants to hear you swear or even utter an "Oh, God!" on a commercial audition, no matter how hilarious the comment may seem to you. If you don't hear it in commercials, don't say it in the audition.

– In L.A., get to the set at least half an hour early. That's because they often close four out of five lanes on the freeway at the crack of dawn. It's always better to be early than late.

– If you have a particularly pale or dark complexion, bring your own foundation makeup, because the clients expect to see the same skin tone that they cast.

– Don't go to lunch wearing your wardrobe. Stains are a pain.

Finally, if you learn one thing from this column, let it be this: Listen!