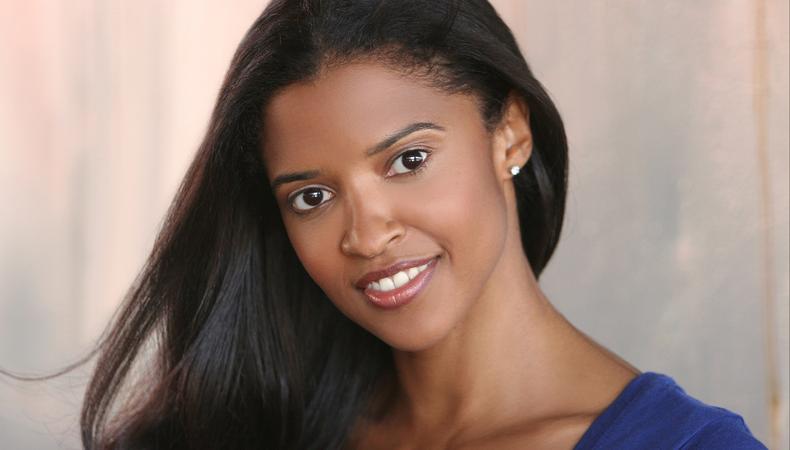 Back in January at the first annual BroadwayCon, Renée Elise Goldsberry summed up the attitude that first got her into the audition room for “Hamilton.” The beauty of saying yes as a performer, she explained, is that there’s no telling what could be in store.

“Show up! Show up afraid, show up prepared, but show up... and you never know what’s going to happen.”

Now she has a Tony Award nomination under her belt—one among a record-breaking 16 nods for the hit show—after a career of working everywhere from Broadway’s “Rent,” “The Lion King,” and “The Color Purple” to TV’s “One Life to Live” and “The Good Wife.” With three days until the awards ceremony at the Beacon Theatre, the woman behind “Hamilton” heroine Angelica Schuyler is feeling reflective again. “I feel really strong and really grateful that I’m not limping into the home stretch,” she tells Backstage. “I feel like we’re at the last stage of a marathon and I have a runner’s high right now.”

Goldsberry is also thankful that in her two years of originating the role of Alexander Hamilton’s sister-in-law, she’s maintained vocal health. “Sleep is the apple a day, really, for singers,” she says. As a mother of two young children, Goldsberry has learned to survive eight draining shows a week by resting whenever she can. “I have to be able to take a nap. That’s a lifesaver for me. As long as it’s early enough in the day that I can wake my voice up, sleep is divine.

“And you just have to know your body,” she advises. “I learned if I eat pizza too late at night, I might have a problem with my throat! Know what you can do—it might not be the same thing someone else can get away with.”

READ: Leslie Odom Jr. Risks It All in ‘Hamilton’

That philosophy certainly helped Goldsberry book “Hamilton” in the first place. Although the initial casting breakdown for Angelica—“Nicki Minaj meets Desiree Armfeldt from ‘A Little Night Music’ ”—gave her pause (“I’m a huge fan of hers, but she has a very specific bravado that was different than what I was going to walk in the room with,” she laughs), hearing the character’s showstopping number made everything clear; Goldsberry knew how to deliver “Satisfied” in the audition room.

“Any kind of reservations or questions didn’t really matter, just having heard that music,” she remembers. “I didn’t go in because I thought I was going to get the job as much as I just wanted to meet those guys.” Only an hour after performing “Satisfied” for creator Lin-Manuel Miranda, director Thomas Kail, and the rest of the team—“a really welcoming, awesome group of geniuses”—Goldsberry was invited to do the workshop.

“That number in particular, even outside of the show, will be studied,” she says of “Satisfied.” “It’s such a perfect construction for musical theater in terms of storytelling, in terms of identifying and defining a character so succinctly and so beautifully.” The ballad, which stops and rewinds the story to reveal the inner workings of Angelica choosing her sister’s happiness over her own, boasts some of the quickest rap verses in the musical. How does an actor prepare for that? 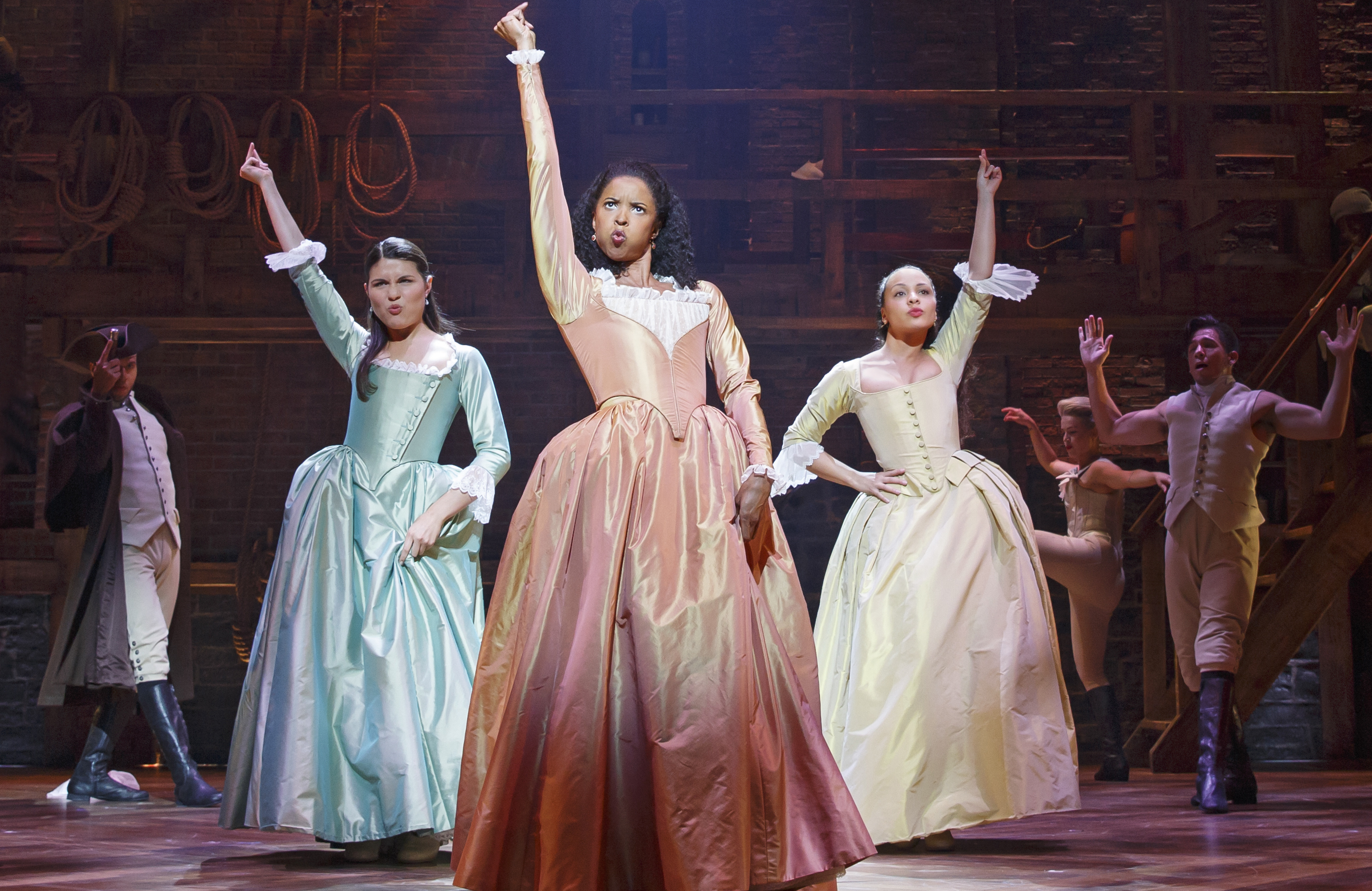 “I’ve written a couple raps in my day, in my own music career that people don’t know a lot about,” Goldsberry says with a smile. But the real preparation came from her foundation of classical training. “One hundred percent, all your Shakespeare training serves you in the work in musical theater today,” she says. “Specifically in modern musical theater, our soliloquies, and now what we call rap. It’s the reason it’s so easy to learn, because it’s verse, it’s rhyme! It just sticks in the soul very easily.”

In fact, she adds, “Satisfied” is a Shakespearean soliloquy, a direct address in which Angelica takes off her mask for the audience. “It is stream of consciousness, but the consciousness of a brilliant woman who can make a million decisions in an instant. So time really has to stop for the audience, for anybody, to show you how fast this woman thinks.” (Watching Goldsberry do so is a marvel; the actor demonstrates every anguished pivot in that train of thought with rapid-fire precision.)

Asked what might come after the wild ride of “Hamilton,” Goldsberry says she prays about that very question. “What am I supposed to do next with who I am now? Because I am somebody new. I’m the same person, but I’m also somebody new from this experience.” She doesn’t feel pressure, she adds, to launch into a different project. “I do feel pressure to be responsible with this gift. And to be mindful that as awesome as it is, it doesn’t define me. So I should feel very comfortable walking away when it’s time. It doesn’t seem to be time today! But when it is time and it’s somebody else’s turn, it’s their turn.”

And if that means more time with family and late night pizza? “I’ll be like, Hallelujah! If this is my swan song, it’s better than I ever thought it would be.”

Jack Smart
Jack Smart is the awards editor at Backstage, where he covers all things Emmy, SAG, Oscar, and Tony Awards. He also produces and hosts Backstage’s awards podcast “In the Envelope” and has interviewed some of the biggest stars of stage and screen.
END_OF_DOCUMENT_TOKEN_TO_BE_REPLACED