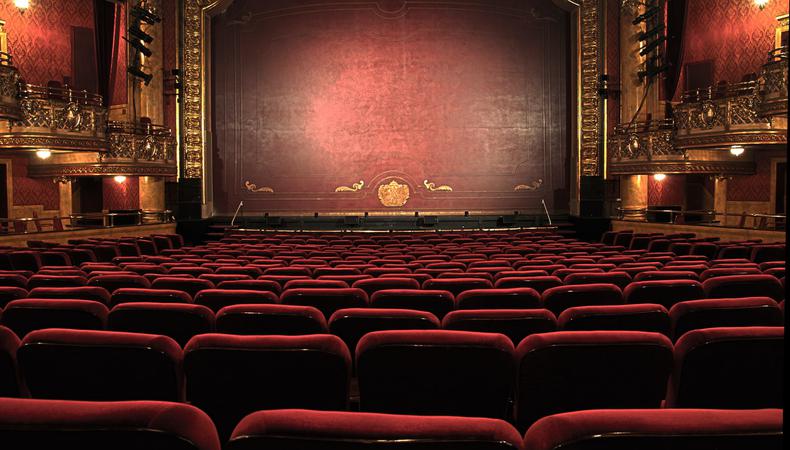 Theater leaders are beginning conversations around how to reopen their institutions after they were shuttered by the coronavirus.

With the highly contagious—and potentially deadly—novel coronavirus changing the way the world gathers, theaters have become risky places not only for tightly packed audiences but also performers and crew who operate in close-quarters backstage. The leadership of the nation’s union for stage actors and managers, Actors’ Equity, has declared that union members cannot return to work from the COVID-19 shutdowns until Equity deems it safe. To help union leadership assess the safety of when and how actors can return to work at theaters, Equity has hired public health scientist Dr. David Michaels to advise.

Michaels, an epidemiologist who’s now on faculty at George Washington University in Washington, D.C., is a former Senate-approved government official from President Obama’s administration. From 2009–2017, Michaels served as the assistant secretary of the Labor for the Occupational Safety and Health Administration, more commonly known as OSHA.

“David’s expertise will be invaluable during this unprecedented time,” said Mary McColl, Equity’s executive director. “Ultimately, while the employers are solely responsible for ensuring the health and safety of all actors and stage managers, Equity is committed to being an industry leader to help develop model health and safety standards that will eventually allow us to reopen and maintain a safe and healthy workplace.”

Actors’ Equity, however, is not the only organization beginning to consider how theaters might reopen in a world where there is no cure to COVID-19. Artistic directors in Los Angeles recently convened via Zoom to start picking up the pieces and forge a new way forward from the shutdowns. The theater leaders from the 24th Street Theater, Boston Court Pasadena, Celebration Theatre, East West Players, Geffen Playhouse, Latino Theater Company, and Pasadena Playhouse attended the teleconference organized by the Center Theatre Group. And while no roadmaps were solidified, artistic directors on the call shared concepts from capping audience sizes to a quarter of the usual capacity to drive-in theater performances.

At Harvard’s American Repertory Theater (ART)—the barn of several recent Broadway hits—Artistic Director Diane Paulus is collaborating with the university’s school of public health on a plan for reopening theaters.

The partnership at Harvard will result in a free-access resource, “The Roadmap to Recovery and Resilience for Theater,” for theater artists and leaders worldwide. The document, according to Harvard professor Joseph G. Allen, will “reimagine a path toward recovery for theater following science-based public health principles.” Such measures, initial reporting reveals, could include timed arrivals and departures for audiences to and from the theater. Concession stands, intermission bathroom lines, and air conditioning ventilation will be reconsidered, too.

The nation’s most famous theater market, Broadway, will remain closed until June 7, the Broadway League of producers determined in early April. However, that extended date is so arbitrary that it inspired a response from New York Governor Andrew Cuomo: “I wouldn’t use what Broadway thinks as a barometer of anything,” the governor said during a press conference, “unless they’re in the public health business and have seen better numbers and models.”

However, one theater in Massachusetts, Barrington Stage Company, is planning to keep performances running this summer. With removing the majority of the theater’s seats and focusing on no-intermission small-cast performances sans staged intimacy or combat, the iconic theater in the summer-centric Berkshires region hopes to break even financially. Since the COVID-19 shutdowns, Barrington is the first theater in the country to outline such radical modifications to live performances.

With COVID-19 cases in major hot spots like New York City and New Orleans flattening or decreasing, many are beginning to consider how to rebuild and reopen. However, health experts stress, until there is a vaccine, COVID-19 is the constant—society the variable. A rush to resume normal life patterns could instigate a new wave of shutdown, illness, and death. Theaters, by the nature of mass public gathering, will have a leading role to play in preventing new health crises.