Why Repping Actors Is Always a Gamble 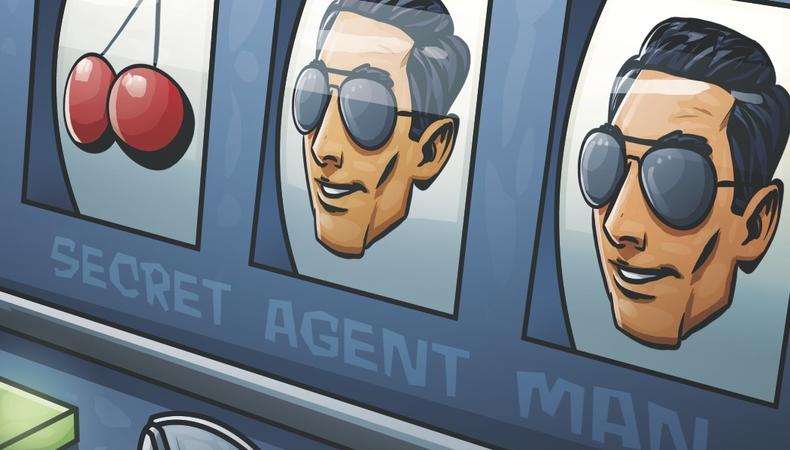 I had a moment of clarity in Vegas.

Yes, I know. That’s something you don’t hear very often. Guys go to Sin City so they can gamble and party. A lesson in self-awareness isn’t usually on the agenda.

I was there because an old friend was performing in the Vegas version of a Broadway musical. I’m not an Equity agent, but apparently this type of work pays very well. Who knew?

I had time to kill before the show, so I decided to visit the hotel’s casino. Blackjack is my favorite game, and I noticed one of the dealers was a cute redhead. Every gambler knows that redheads are lucky so I sat at her table, figuring I couldn’t lose. Well, I did—about $200 in less than an hour. Such is life.

As I headed out, I noticed the hordes of senior citizens feeding quarters into the slot machines. They looked like robots, programmed to repeat the same action over and over. Put money in, pull lever, repeat…

Slot machines are addictive because they operate on the principle of intermittent rewards. When you pull the handle, the odds are pretty high you’re going to lose. But every now and then, you win a few quarters. That makes you feel good, so you pour in more money, hoping to experience that feeling again.

Doctors have proved that this combination of losing with a few random wins has a powerful reinforcing influence on human behavior. And it’s the same for all forms of gambling. Players get caught up in the action. They think the next roll of the dice or the next turn of the card is going to be a big winner.

As I stood there watching the senior citizens play, I had my unexpected moment of clarity. It just hit me from out of the blue.

You see, agents are exposed to intermittent rewards all the time. We place bets on every actor we sign hoping they’ll pay off in a big way, but only a few generate any real money. The rest are wasted quarters.

Bookings work the same way. Most of the jobs my clients get only bring in small commissions. Others can lead to the down payment for a new home. And those are the deals that keep us in the game. One big win can make you forget all your losses.

I remember my first year as an agent. Talk about rough. I was barely covering my salary. But then I placed a bet on a long shot, a young actor with a lot of comedic energy and no résumé. The kid paid off by booking a series regular role on a network pilot that went to series for 22 episodes. He ended up making $20,000 per show for a total of $440,000 plus residuals. That commission was my first taste of heroin. It also paid for my first real car.

But don’t get me wrong. I don’t think agents are addicted to money. It’s more than that. I believe we’re hooked on the way we earn our money.

Look at it this way. My clients are just like the horses that run at Santa Anita. They’re all in the same race trying to make me some money, but the odds of each one winning are very different. That’s what makes the race so damn exciting. And don’t get me started on exactas and daily doubles!

All that action keeps our motor running. And just like any hard-core gambler, agents always think the next actor or the next audition is going to be the one that leads to a massive payday. So we stick around, just like those old people in Vegas, hoping against hope that the next quarter will make us rich.