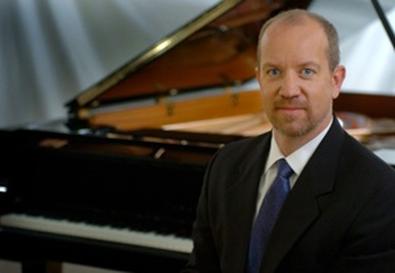 There is a lot of pressure for the artist on tour. Large amounts of money are made or lost based upon the singer's ability to perform. Cancellations quickly become logistical and financial nightmares. Dave Stroud is a Los Angeles–based voice teacher who has been called to rescue many a tour or recording session. He has worked with such stars as Adam Lambert, the Cheetah Girls, and Jordin Sparks. Stroud blends expert vocal technique with an uncanny ability to figure out the situation quickly and get the entire support staff working together.

Stroud believes there are three elements to getting a singer through a successful tour. The first is the idea that the team must work together. "When you have an artist out there struggling and possibly canceling shows," he says, "the first thing you have to realize is it takes a village. There's no way one person is the key to this."

Stroud has strict professional rules for working within the team: "Don't try and be something more than you are. Don't step in and make the musical director feel threatened, or the tour manager. Don't walk into a recording session and make the producer feel like you are now the vocal producer. You end up shutting down the people you need the most."

Once Stroud is working in harmony with the team, he goes to the next part of his three-step plan: strategy. "Without strategy, giving vocal exercises doesn't mean anything," he says.

He explains his approach with Adam Lambert's tour: "Adam can do extreme things with his voice that most singers will probably never be able to do, but he can't do it endlessly." Stroud started by going through Lambert's set list. "Adam's tour right now is around 14 songs, of which three are at 11 on the intensity scale," he says. "Going all out on those songs, it makes it more difficult to pull off the subsequent songs. The fact is Adam is so amazing that he doesn't have to overdo it. I work with the music director to look at the peaks, where they happen in the show, and where he can recover from that."

Sometimes Stroud will suggest changing the order of the songs or even making slight key changes. "Sometimes just dropping one song a half step or a whole step can change the whole dynamic of the night," he says. "The artist is no longer worried about that one note."

The final part of the puzzle for Stroud is form—working on the actual vocal technique. He is always careful to maintain an artist's signature sound while rebalancing the voice. "I can't always have someone sing completely technically correct, because sometimes their sound is more aggressive," he says. "Otherwise management will say, 'What have you done to our artist?' I work on getting better vocal balance while allowing the artist to feel like they're still selling their product, but it's not costing them vocal health."

Stroud has different ways of working the voice, depending on whether it's a show day. "It's the difference in working out when training for a marathon and then going in and warming up just before the marathon. That's how I approach the voice," he says. "I do a 20-to-30-minute warm-up, just easy cord closure exercises and transitions through their vocal registers. It's not a big workout. I just want them to feel ready and agile with their voice when they hit the stage."

Stroud changes the specific exercises he uses based upon the singer. "With Adam Lambert, I will work to get easy cord closure and I will vocalize him to G above high C. He has climax notes at E's above high C, so I need to give him that extra range," Stroud says. "Jordin Sparks has a really exceptional voice. I just want her to feel mentally that everything is in her comfort zone." He feels that half of the process is psychological: "I physically prepare the cords for singing, but I also want their minds to say, 'Okay, I'm good. I feel good.'"

Stroud says there are times when even the best singers may need medical help to get through a show, but this can have a downside. "Steroids are very much like shooting up a football player with anesthesia when they have a torn ligament or broken bone. They're able to go out and run, because they don't feel it, but they do more damage," he insists. "These medications need to be combined with good technique."

Stroud warns that singers can use these treatments as an easy out: "They think, 'Wow, I didn't have to do any work for that—give me some more of that.' You keep accumulating bad habits and damage that you don't really realize until after the tour has ended. It can end a career in the long run."