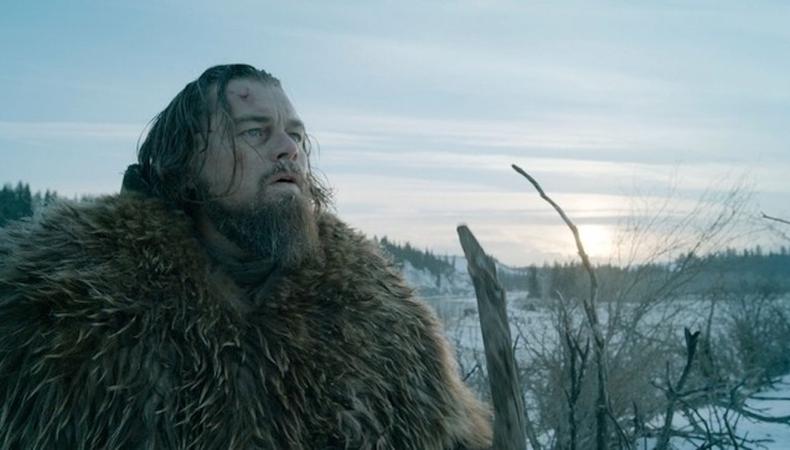 Alejandro G. Iñárritu’s “The Revenant” led the pack with 12 Oscar nominations Jan. 14, including picture and director, while star Leonardo DiCaprio earned his fifth acting Oscar nomination as lead actor and Tom Hardy received his first bid in supporting for the survival epic.

“The Revenant” faces off against last summer’s blockbuster “Mad Max: Fury Road,” which scored 10 nominations, including picture and director for George Miller.

Ridley Scott’s “The Martian” picked up seven nominations, including picture. Lead actor Matt Damon racked up the third acting nomination of his career for the sci-fi adventure film.

Bryan Cranston (“Trumbo”), Michael Fassbender (“Steve Jobs”), and last year’s Oscar winner for “The Theory of Everything” Eddie Redmayne (“The Danish Girl”), joined DiCaprio and Damon in the lead actor line-up. Fassbender and Redmayne return for the second time, while Cranston is a first-time nominee.

Five-time nominee “Star Wars: The Force Awakens” missed out on a picture nomination, along with the PGA- and SAG-nominated “Straight Outta Compton,” which did earn a nomination for original screenplay.

This is the first nomination for both Larson and Rampling, while Ronan received her first in almost a decade since her breakout performance in 2007’s “Atonement.”

McAdams’ “Spotlight” co-star Mark Ruffalo earned his second consecutive nomination and third career nod for the Boston-based drama. Three-time nominee and one-time winner Christian Bale (“The Big Short”) and first-time nominee Mark Rylance (“Bridge of Spies”) will have to take out Rocky himself, Sylvester Stallone, to win the Oscar. Stallone receives his first Oscar nomination in 39 years for portraying the iconic boxer in “Creed.”

The 88th Annual Academy Awards will announce its winners on Feb. 28.

Best Documentary Short Subject
“Body Team 12”
“Chau, Beyond the Lines”
“Claude Lanzmann: Spectres of the Shoah”
“A Girl in the River: The Price of Forgiveness”
“Last Day of Freedom”

Best Original Song
“Earned It” from “Fifty Shades of Grey”
“Manta Ray” from “Racing Extinction”
“Simple Song No. 3” from “Youth”
“Til It Happens To You” from “The Hunting Ground”
“Writing’s on the Wall” from “Spectre”

Achievement in Makeup and Hairstyling
“Mad Max: Fury Road”
“The 100-Year-Old Man Who Climbed out the Window and Disappeared”
“The Revenant”