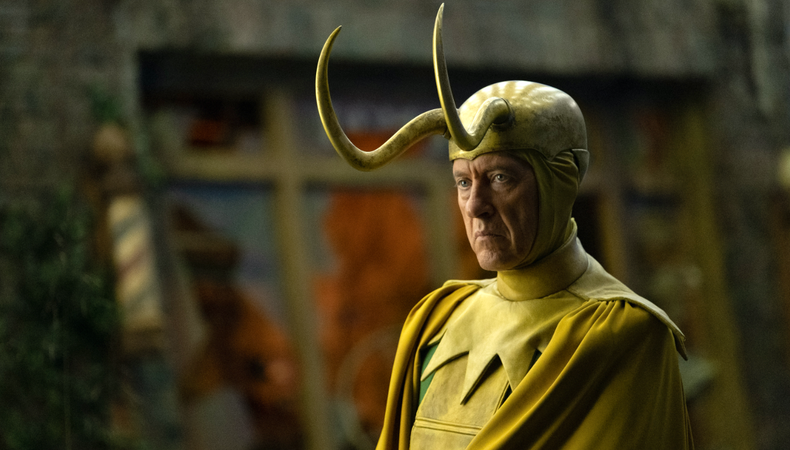 When Oscar-nominated actor Richard E. Grant first joined Disney+’s “Loki,” he thought his costume would be a muscle suit. After booking the show, Grant was sent the original Jack Kirby illustrations of his character, Classic Loki,  from the ’60s, wearing what he called a “fantastic muscle suit.”

In a recent interview, Grant reveals his disappointment when, upon arriving on set in Atlanta to shoot this new take on the superhero story, he was handed green tights—but no muscle suit. “They said, ‘No. We don't have one for you.’ And I said, ‘Well, I don't have any muscles to fill this out.’ And they said, ‘Ah, don't worry about that.’ And I said, ‘I do worry about that,’ ” Grant tells Collider. “And I'm still worrying about that and I'm still grouching about it because I wanted those muscles.”

Ready For ‘Loki’? Find Your Glorious Purpose by Applying to These Gigs

As such, Grant would be ready and willing to revisit the character—under one condition. “Classic old Loki with muscles and Alligator-dot-com,” he says. “The subseries of the sub-sub-sub series. That's what I want.”

Apart from his wardrobe grievances, Grant says he was pleasantly surprised by the outpour of support and praise after the release of his character’s big episode, “Journey Into Mystery.” Though Tom Hiddleston, who has played Loki for over a decade, told him this would happen, Grant was still taken aback by the attention his performance garnered.

Grant initially thought he was cast for the most part based on his resemblance to Hiddleston, who he had always joked with that they could play father and son. So when he learned that he was director Kate Herron’s first choice, he was touched.

Originally, Grant recalls, “I thought, Oh, I've been cast because I have a similar physique or look to Tom,” he says. “So that's what I thought, but I had no idea. Kate didn't tell me that I was her first choice. People never tell you this stuff. Maybe they think you're going to get too above yourself, but I don't know. I wish people would tell you.”