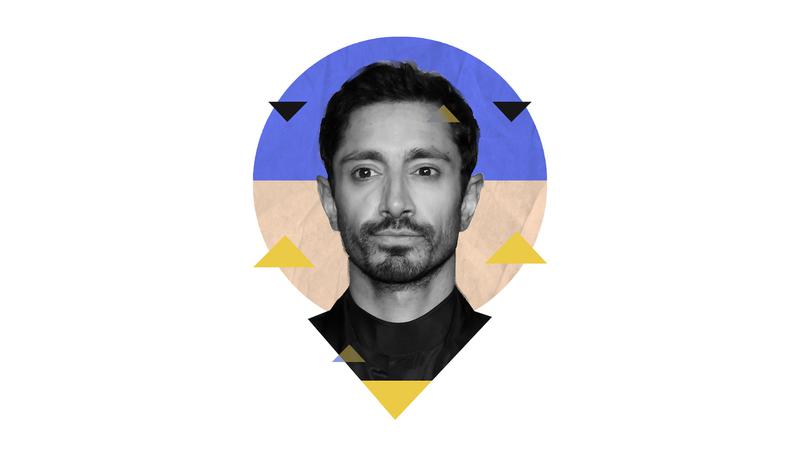 Since his star-making, Emmy-winning performance on HBO’s “The Night Of,” there’s been little doubt of Riz Ahmed’s staggering talent. (That he’s also an accomplished rapper via the Swet Shop Boys and a dedicated activist is all the more impressive.) Still, Darius Marder’s “Sound of Metal” may be his best work yet. He stars as Ruben, a recovering addict and heavy metal drummer who loses his hearing, a role that had him learning American Sign Language, diving into Deaf culture, and mining new emotional depths.

How did this film’s challenges, like learning ASL, make you a better actor?
Well, I guess the challenges were also part of the appeals of this project for me. I just wanted to try and find something that would be really immersive and overwhelming, as the best kind of indie filmmaking is. It’s often a high wire act that is really invigorating because of that. And so when I met Darius Marder, he told me that he wanted it all to be for real. He wanted the drumming to be real drumming; whenever I’m onscreen playing the drums I really would be. And he also said there’s sign language to learn because this character becomes fluent at some point, and I loved his style of thinking. And then I thought: Let me go on this journey. Of course, at the start of it I realized what I signed up for and it was pretty daunting and it was very challenging at times, but it ended up being really enriching and opening me up in new ways as an actor and as a person.

I think a big challenge for both of them for me was that I’m a very wordy guy in the sense that I play with spoken word and rap and I’m a verbal communicator, and both drumming and sign language is nonverbal communication. So having my kind of wordy crutches taken away from me took me out of my comfort zone, put me off balance, but also opened me up in a set of new ways, put me out of my head with the drums. The way of playing the drums; you kind of have to let the drums play you, you have to surrender to the rhythm, and that opened me up in how I approach life. To get taught that lesson three hours a day every day for seven months, that’s going to stay with you. And similarly with American Sign Language, my amazing teacher Jeremy Stone, and my friend, he’s really welcomed me into that community and invited me to his wedding and made friends and just immersed myself socially for several months in the Deaf community. And I was really fluent and that was challenging emotionally in the sense that I realized I was getting really emotionally triggered talking about things in sign language that I could just gloss over with words. Jeremy was saying to me that when you communicate with sign language, you’re communicating with your whole body, you’re inhabiting what you’re saying differently, it’s a deeper connection. And that’s why he said to me, “Look, hearing people are emotionally repressed, man; they hide behind words. We’re expressing our full feelings in our faces, our body. It’s a body-to-body connection.” 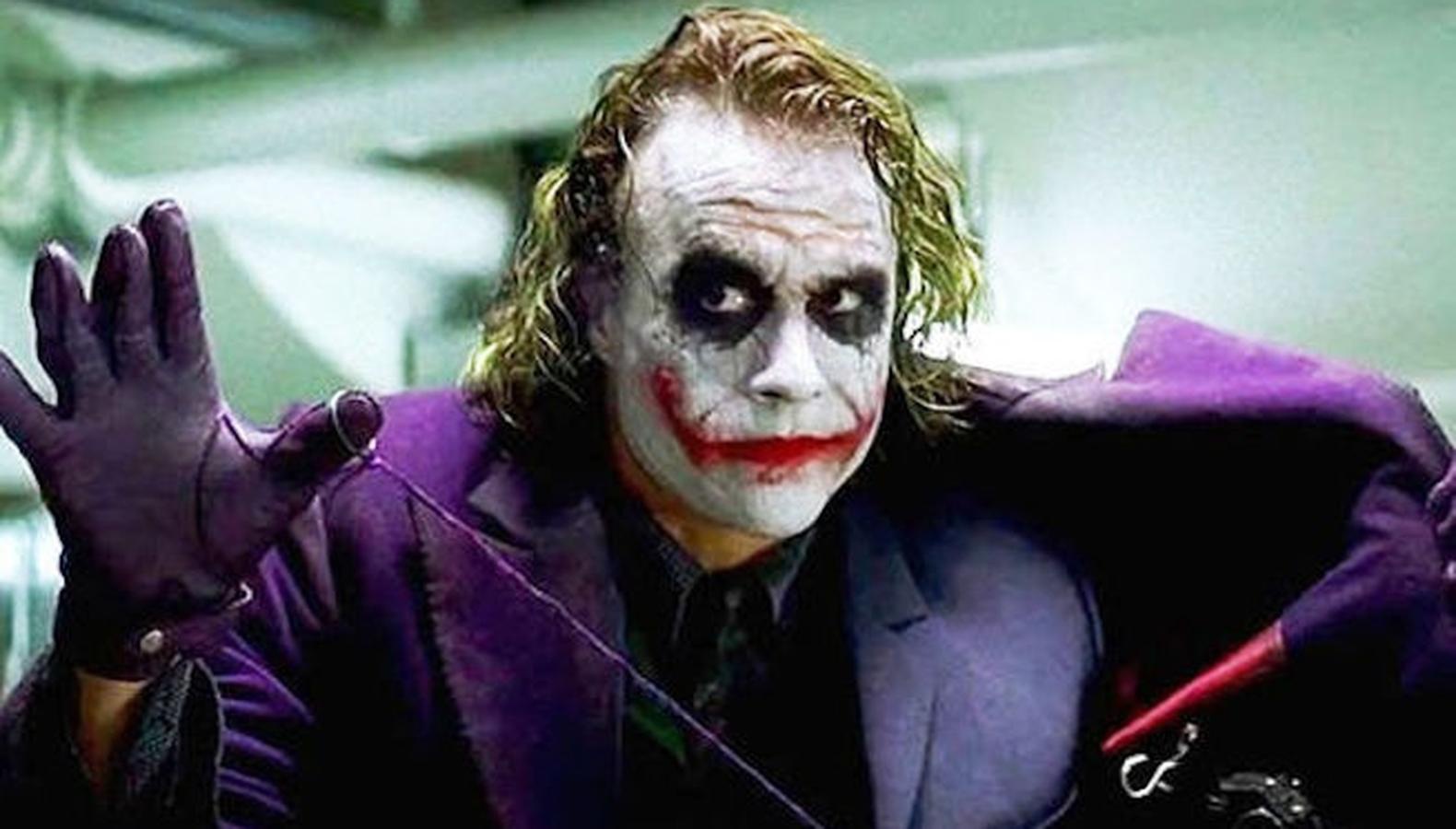 The Art of Building a Believable Character

Learning these new skills aside, how would you describe your character-building process?
It’s always a work in progress; you always walk away from a day, a scene, a shoot thinking about what else you could have brought to the table. Ultimately, it’s a leap of faith. You do a lot of homework. I think of it as kind of training your creative animal. You, the thinking mind, is kind of training your animal to be sensitive to this kind of thing or to think more about this kind of thing and to maybe engage in this kind of pastime more—so you end up in a process of osmosis kind of shaping the way you carry yourself, the way you see the world. And of course you work with a script, and of course you find your different ways into putting that script into into your body. And then when it comes the day of performance, you can take your animal off the leash and you surrender to it. You cannot control it with your thinking mind, otherwise you’ll be doing something maybe precise, maybe shaped and crafted and varnished, but you’re not giving something spontaneous and more truly honest. And to do that, you have to kind of, yeah, unleash and hand over the reins to the animal itself and not the animal trainer, which is a thinking mind. So [in terms of] feeling ready on the day, what you can do is try and encourage and love your animal and make sure it’s in good shape, but then you’ve got to let go and see what happens.

What makes a great scene partner in your book?
What I think makes an amazing scene partner, man, is generosity. And what I mean by that is like, what makes a good scene for you or for anyone acting in a scene is really putting attention in the other person. Really listening to the other person, listening with their whole body, breathing in what they’re saying. That sounds simple, but it’s the hardest thing to just have faith and do that and do that alone while you put all these handrails around what you’re doing for your own safety or for your own acrobatics. I think that’s what makes a tremendous scene partner, and I was blessed to have so many tremendous scene partners in this film.

What’s one screen performance every actor should see and why?
There’s really so many I could mention. One actor that we all lost this year is Irrfan Khan. I think of Irrfan Khan in “The Lunch Box.” The depth and sensitivity and nuance and weight of every moment that he can bring to the screen. He has this quote that I hold onto which is tips for acting but also tips for living. I often find that the two are really interchangeable; they’re both about going with the flow and letting go and surrendering. He says, “You have to surrender to the dance of uncertainty.” That’s everything. Surrender, don’t control the dance, find the movement, the push and pull in it, let it find you, the uncertainty. Don’t make too many decisions going into the scene and discover it as it’s rolling. “Surrender to the dance of uncertainty” is something to tattoo on the inside of your brain as an actor.

Since tapping into that spontaneity is so important, how do you bring that into the audition room? Do you have any good pieces of audition advice?
Tell yourself you’ve already got the job. Not going in there trying to please someone or have that thing on your shoulder monitoring your performance. You’re in there, you’ve got a job, now let’s play, let’s be loose. I’d say another thing for auditions is try and, the same as you would on set, ideally try and not make too many decisions. Just be aware of all the possibilities. Think of it like boxing—you’re on the punch bag, and you really know the different combinations you could throw in the ring, but you don’t know you’re going to do until you get in there with the partner. Don’t go in [the audition room] with a performance in your head so you’re just kind of projecting onto the person reading opposite you to show what you can do. Try and really listen to the person talking to you no matter what; really be in the room and really talk to them. It’s going to feel real, and that’s what people are looking for.

Do you have an audition horror story you could share with us?
Oh, so many audition horror stories, man. I mean, I auditioned for “Slumdog Millionaire” and accidentally ripped Danny Boyle’s shirt open. He [said to] me, “Don't be worried about being rough with me,” [while auditioning to play Dev Patel’s older brother]. So he was like, “Yeah, come and do that,” and then I just got carried away, threw him up against the wall, ripped all the buttons off his nice expensive shirt. We just kind of awkwardly stood there staring at each other. He’s like, “OK, thank you for coming in.”

You have these horror stories along the way and I guess what you realize more than anything is just try and be there in the room. Something about auditions feels so fake because we kind of get ourselves up into [thinking] we have to present a finished, shaped, and crafted performance. And then we go in there with that in our head…. Unearth all possibilities, run the lines, learn the lines, understand what's going on in the scene, understand what the dance of uncertainty is in the scene, but then surrender to it in the room. The dance going on in the room may be very different to the one you prepared in your head. Respond to that. Otherwise you’re manufacturing a performance that’s disconnected from the reality of the room.

What’s one piece of advice that you would give your younger self?
Trust yourself, breathe, and surrender. I think I spent too long trying to drive scenes, trying to hold tension, trying to get to a place I had in my head for a scene or for a character, as opposed to kind of just letting go and leaving it all in. When you open yourself up like that and you breathe, you find it’s all there, all right there if you can just ride the wave as opposed to try and make the wave.

Benjamin Lindsay
Benjamin Lindsay is managing editor at Backstage, where if you’re reading it in our magazine, he’s written or edited it first. He’s also producer and host of a number of our digital interview series, including our inaugural on-camera segment, Backstage Live.
END_OF_DOCUMENT_TOKEN_TO_BE_REPLACED