“My only technique is sprinting up to a cliff and just jumping off it.”

“If you’re about to do a scene and you get hit by a car, you’re gonna play it in a totally different way,” Robert Pattinson says between sips of coffee and discreet puffs on an electronic cigarette. The Midtown photo studio where we’ve met has been cleared; he wasn’t especially psyched about doing an interview while people, even his own people, buzzed about, chatting and listening in on what he had to say.

We’re talking about acting this November afternoon, which is apparently one of the many topics the 33-year-old feels he has to be careful about when speaking to a journalist. “My experience with press for many years was, like, a three-minute sound bite. So, if you try and talk about acting in a serious way, you sound like such a moron,” he explains. “Also, you never know; if someone’s going to be reading it and they didn’t like your work, you can suddenly look like an idiot. ‘I was doing this and I was thinking about this at the time.’ And they’re like, ‘Well, whatever you’re doing, it’s still shit!’ ” 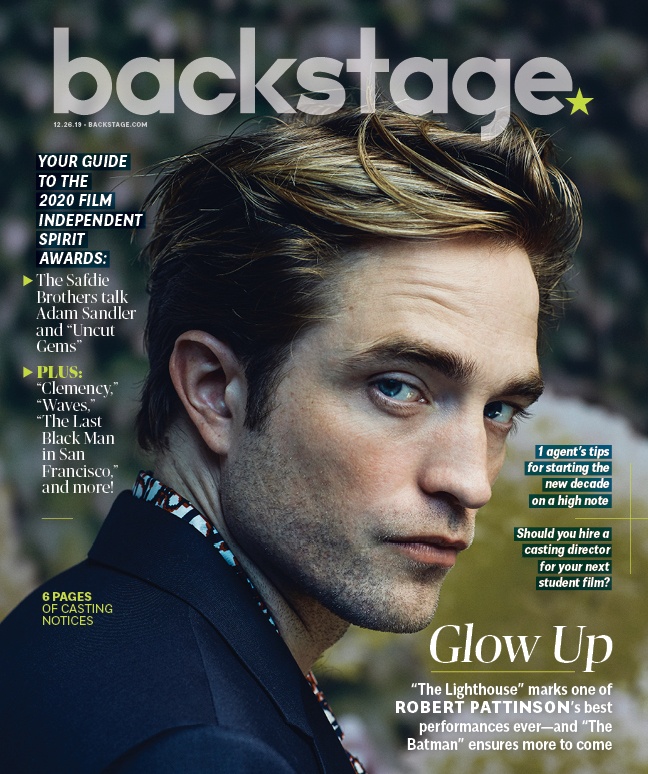 As far as I can tell, Pattinson has never been hit by a car—not in his everyday life and certainly not just before playing a scene in any of the 28 films he’s appeared in since 2004. He did, however, reportedly go to other extreme lengths to get into character on the set of director Robert Eggers’ “The Lighthouse.” In the black-and-white psychological horror film, Pattinson stars alongside Willem Dafoe as a 19th-century lighthouse keeper who seems to be slowly losing his mind. A recent piece in the New York Times mentioned that Pattinson would gag himself and hit himself in the face before cameras rolled. He doesn’t deny this. “I think Willem said in this interview that I just try and drown myself in every scene,” he adds. “But I kinda like that!”

The point, he says, is to shock your body into a reactive state—acting being, as the cliché goes, reacting. “My only technique is sprinting up to a cliff and just jumping off it,” Pattinson says. “Sometimes it doesn’t even work at all and it just looks like you’re a lunatic. But then sometimes it stops your thinking, which is my favorite place to be.”

READ: Willem Dafoe: The Art of Painting the Light

“The Lighthouse” is an instance in which this unconventional method did the trick. Pattinson’s performance has already earned him an Independent Spirit Award nomination for lead actor, which in turn brought its share of additional buzz—even the prospect of a dark-horse Oscar nod. And Pattinson has gamely committed to the awards season gauntlet of profiles, media appearances, actor-on-actor interviews, and screening receptions—which is what brings us to this New York studio today.

The actor admits that he’s never had any formal training in the craft. Growing up in London’s wealthy Barnes neighborhood, his interest in theater was prematurely discouraged. “My drama teacher said, ‘Don’t do it. It’s not for you.’ I didn’t audition for any school plays because I was so embarrassed.” But as a teenager, he discovered the local Barnes Theatre Company, where he worked backstage before being cast as a Cuban dancer in a production of “Guys and Dolls.” As the older members of the 18-and-under company aged out, Pattinson managed to land a lead role in “Our Town.” “I was just the person who happened to be tall enough to play George Gibbs.”

Later, as a young actor struggling to make it in London, Pattinson got his hands on a copy of acting coach Harold Guskin’s “How to Stop Acting”—“The only acting book I’ve ever read.” He became obsessed with Guskin’s philosophy that “the actor’s work is not to create a character but to be continually, personally responsive to the text.” 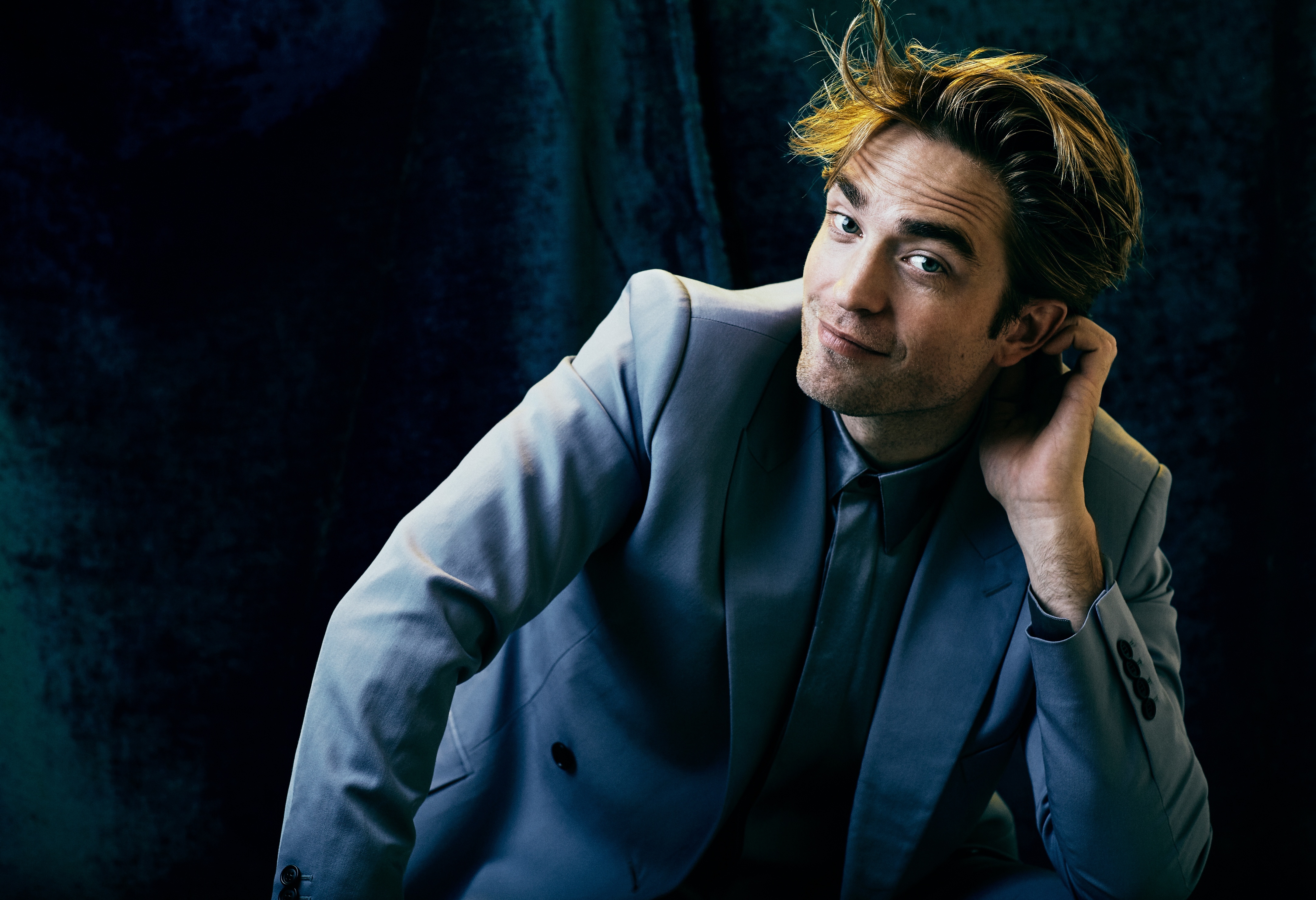 Guskin, who counted Glenn Close and James Gandolfini among his students, rejected the more rigid, cerebral aspects of Stanislavsky’s system, favoring a more instinctual method: “Character is not some painted-on picture of what the actor or director thinks the character should be,” he writes in the book’s introduction. “The character is a real person. And so I as an actor must be real—I must be completely personal, so that the audience sees a real, breathing human in front of them. My personal response to the text may be called an interpretation by critics and the audience after they see it. But for me, it is simply my response to the dialogue and action. That’s why it is believable as well as creative.”

In those days, Pattinson lived with fellow actor Tom Sturridge—the son of English television director Charles Sturridge and actor Phoebe Nicholls—and palled around with Eddie Redmayne. “We all wanted to help each other be good,” Pattinson recalls. “So, you spend three days working on an audition tape with another actor. Everybody has a lot of patience with each other. I guess that’s in some way going to drama school.”

Falling in with a community of actors was essential to getting through those brutal early days. “As much as you can encourage that aspect of it when you’re failing auditions a million times—it doesn’t hurt that much, because you can hang out with your friends afterward,” Pattinson says. “We’d all go to the pub and be like, ‘Ugh, it was a disaster!’ It just makes the blows a little bit softer.”

The three remain friends to this day; Sturridge and Redmayne were both on hand the night before our interview for a special screening of “The Lighthouse” at New York’s Crosby Street Hotel. Redmayne introduced the film, mentioning that Pattinson is one of the biggest cinéastes he’s ever known. “When I first met Eddie, that’s what me and Tom used to do all day,” Pattinson confirms. “It was just when Criterion was expanding. We would just spend all our money on DVDs and we would go and watch movies all day for years.” 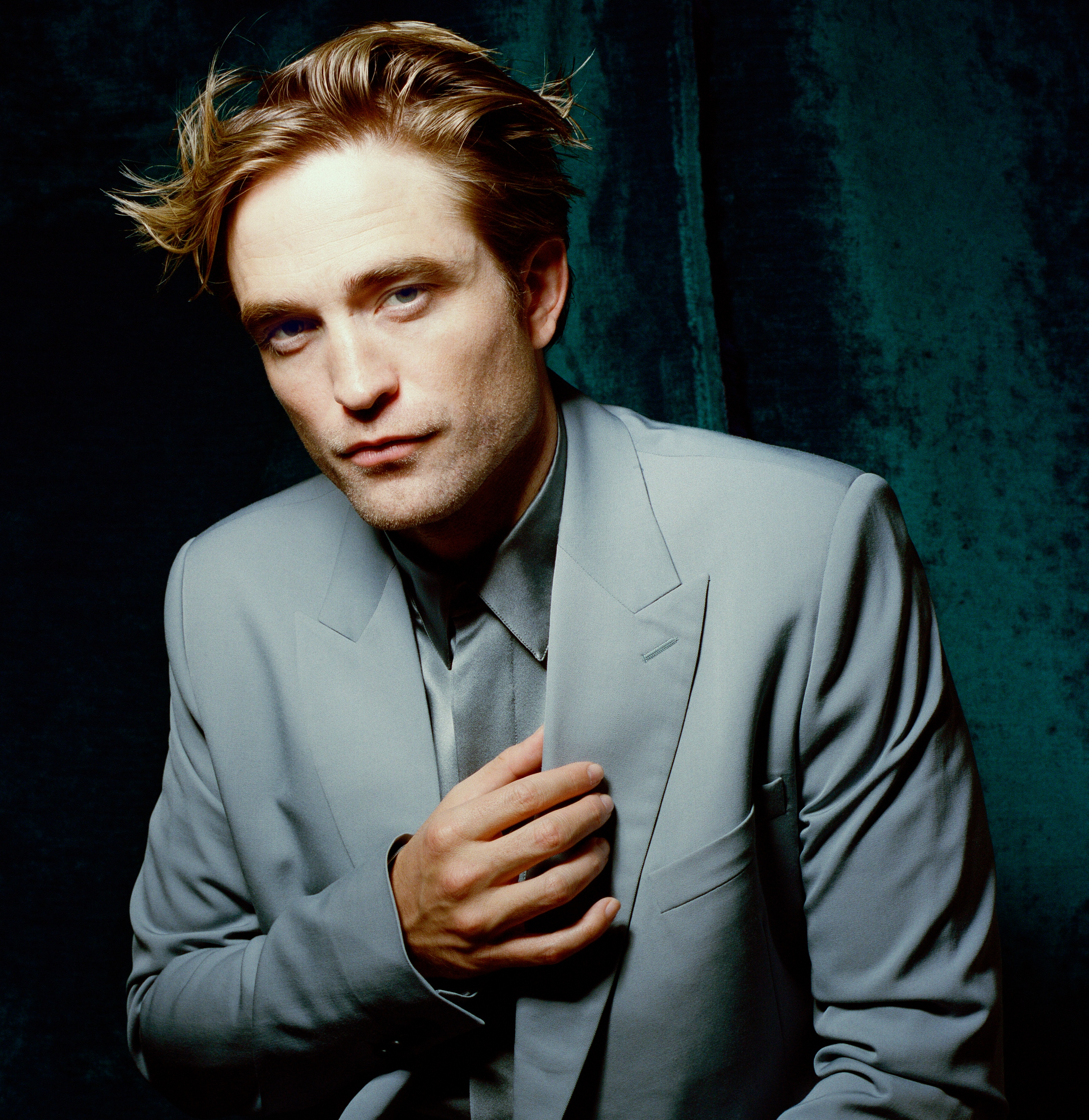 What he gleaned from all those classic films, it seems, was less about acting and more about taste. It is essential, Pattinson has found, to work with people whose tastes align with yours, and the only way to refine your taste, to discover what you like and what you don’t, is to absorb others’ work. “You can be amazing in something, and if a director, editor, [and] everyone else is shit, you’re just gonna look terrible anyway,” he explains. “If you don’t innately trust the director’s vision, you’re subconsciously trying to wrangle control away from them and you’re just sabotaging the movie. But if you sign up to something [thinking], I know I believe in this guy, then you can commit to a performance. And it’s way easier to commit to stuff when you trust. That’s the only way: to really know what you like. Now, I’ll only work with people who I’ve seen something [from] and it’s really affected me.”

Of course, Pattinson has that luxury now. Playing moody teen vampire Edward Cullen in the “Twilight” franchise made him into a movie star, a teen heartthrob, an object of fascination for the tabloids, and the face of Dior Homme; in other words, a celebrity. The kind of actor who, say, gets cast as Batman. (Fittingly enough, he’s leaving after this New York trip for preproduction on director Matt Reeves’ spin on the caped crusader due in 2021.)

But a funny thing happened between “Twilight” and “The Batman”: Pattinson made a hard pivot toward smaller roles in arthouse indies since landing movie-star status. He’s taken calculated risks; even when the films themselves haven’t made much of an impact, Pattinson’s performances stand out.

Here’s the thing, though: He doesn’t really differentiate between his take on a lovelorn teen vampire, a psychotic lighthouse keeper, and, in the case of this year’s “The King,” an
almost cartoonishly foppish 15th-century French prince.

“I approach them exactly the same way in my head,” he insists. He caught one of the “Twilight” films on TV not long ago—chances are one of them is airing on a cable channel right now—and was struck by a scene in which his character proposes to Kristen Stewart’s. “I was like, That was pretty good! I mean, the amount of thought I put into this movie—I put a ton of thought into it.”

When preparing for a role, he looks for the line or moment or scene that really hooks him. Generally, it will be something that makes him laugh or something that seems audacious, or, because he self-identifies as still a bit immature, something that feels a bit naughty. Then he builds the character from there, from that energy.

“As far as I can tell, it seems like the times when you’re kind of good in something are when you can make yourself interested in what you’re doing between ‘action’ and ‘cut.’ There’s something going on in your eyes,” he says. “If you’re just trying to play the scene, it looks like there’s nothing going on. And so, if you’re trying to pull from everything in your life that you’re genuinely interested in at that time, and trying to figure out ways that that connects to that character, I think it makes it a little more alive.”

Outside, the sky is overcast, the afternoon fading into a premature twilight. The light in the studio is diminishing, too, but neither of us bothers to look for a light switch; our time together is running out. Finishing up, I ask Pattinson about the most common question he gets from aspiring actors. “A lot of people ask about how to get an agent,” he says.

But that’s not what they should be looking for, he says. They should instead be looking for other up-and-comers like themselves, especially new directors who are making exciting work. “You can find someone making things on YouTube, and you go like, ‘They’re making performances look really good!’ And if you find that person just before anybody else does, you’re gonna be that person with that up-and-coming director. And [then] you’ve got a career afterward,” Pattinson insists. “Looking for unusual stuff, you suddenly realize what you can do. If you’re trying to figure out how to act by just going to auditions and stuff or trying to get an agent, everyone’s just gonna constantly be telling you ‘no’ about everything. And the thing that is going to work will be a thing everyone has said no to a thousand times.”

Photographed by Stephanie Diani on Nov. 18th in NYC 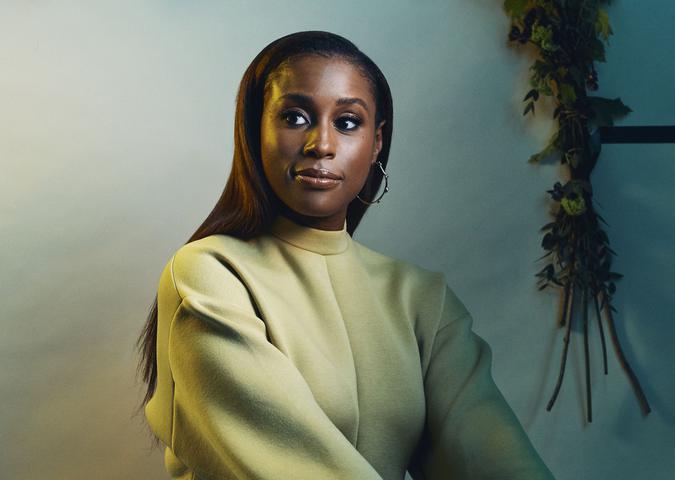 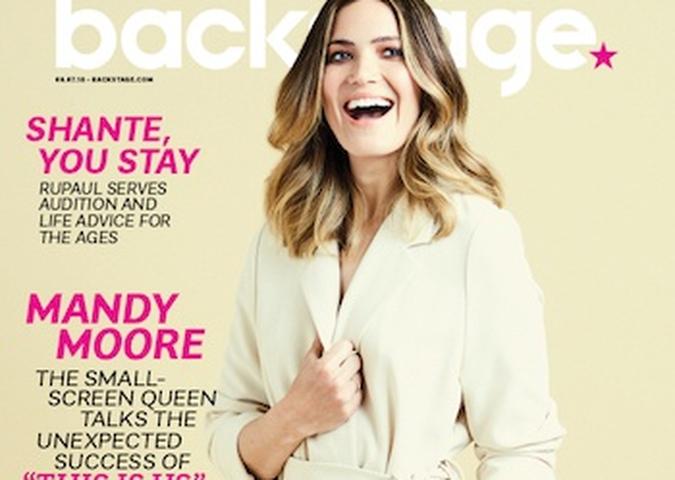 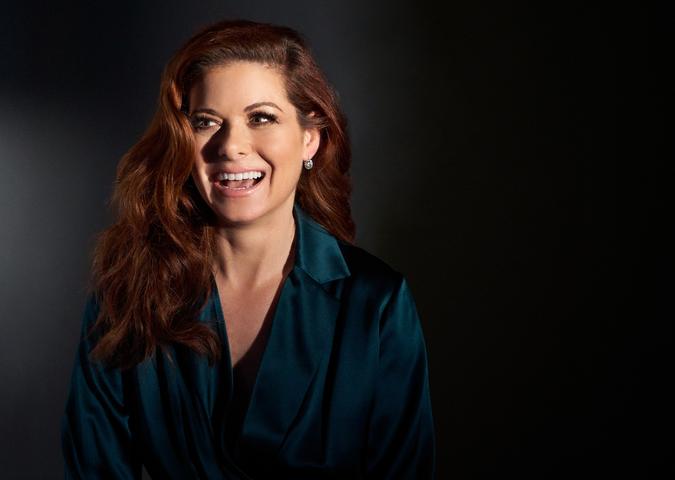 Debra Messing on Finding ‘Grace’ a Decade Later: ‘She Has to Be Different’ 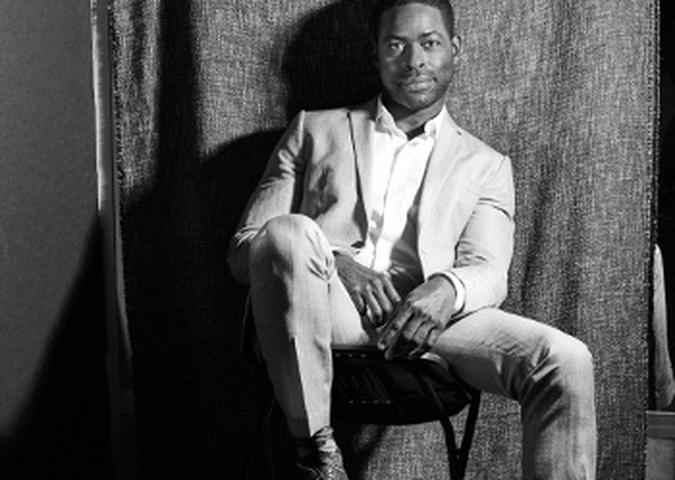 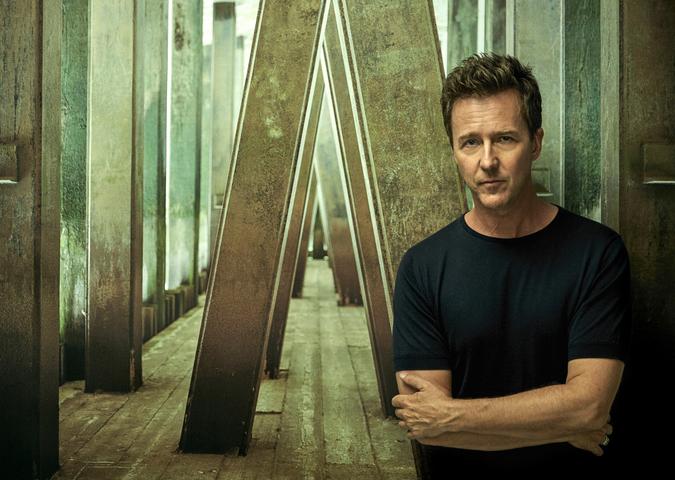 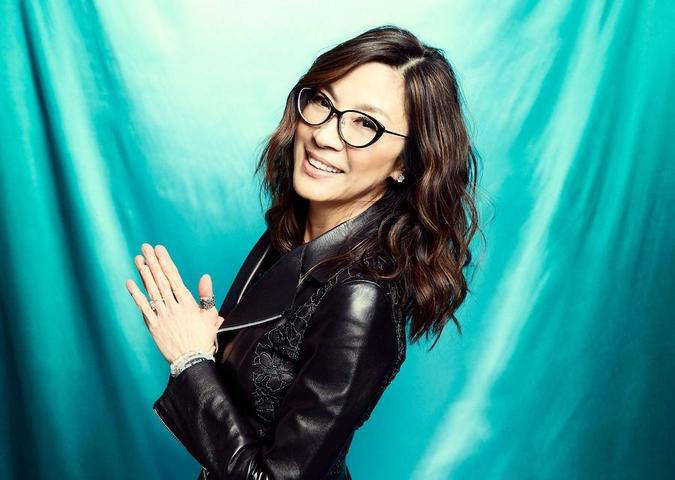 Changing Tides: Michelle Yeoh on 30 Years in the Business 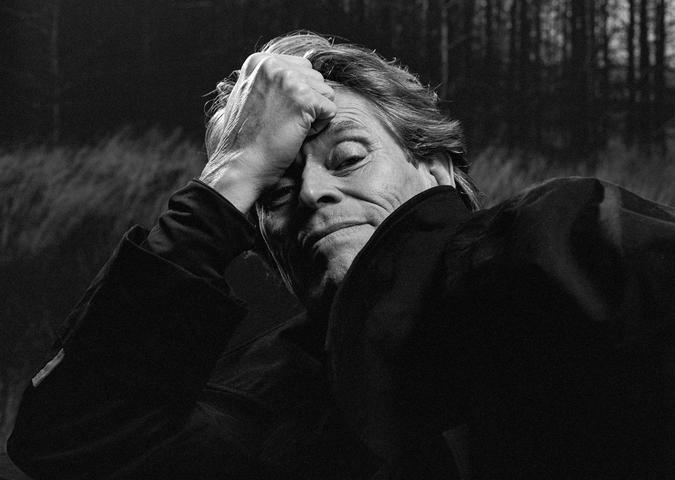 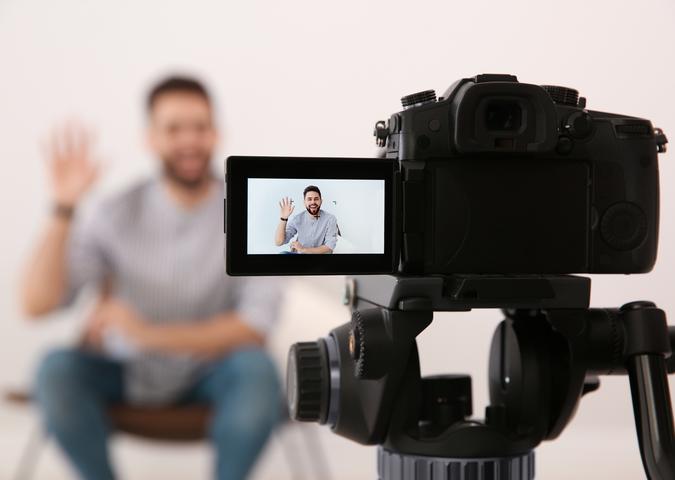