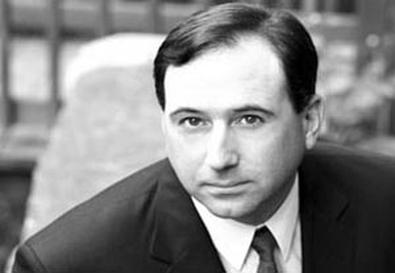 When Robert Sciglimpaglia walked into the courtroom at New York's John Jay College of Criminal Justice to film a mock death-penalty trial for a set of research videos, he felt right at home. That's because he's not only an actor but an attorney too. Sciglimpaglia worked as a lawyer for 15 years before he started pursuing an acting career. Since 2005, he has split his time among the courtroom, the voiceover recording studio, and the film set."All of my lawyer friends know me as the voiceover actor–lawyer," Sciglimpaglia says. "And all of my acting and voiceover friends know me as the lawyer who does voiceovers and acting. The fact that I do acting and voiceovers makes me stand out from the rest of my peers." These days he is focusing more on acting than on the law, but he admits that the money he earns as an attorney makes it more difficult to quit his day job."The roles that I play the most are the professional-type roles," Sciglimpaglia says. "Accountants, stockbrokers, attorneys. But then I play the dad and the husband, detectives and cops. It's kind of typecasting, but I wouldn't say I'm pigeonholed as a lawyer. It gives me an edge." So when he saw the John Jay College casting notice in Back Stage in January, he leapt at another chance to play a lawyer.Casting director Jennifer Tallon called him in to audition because of his courtroom experience, which she said could add an air of legitimacy and professionalism to the video. Sciglimpaglia asked to be cast as the defense attorney rather than the prosecutor, as Tallon had intended, because it better fit his expertise. While a prosecutor bears the burden of proof, he explains, a defense attorney can rely more on emotional cues: "This guy's a person, he's got a family -- that kind of stuff. That's just easier for me to connect with."The most difficult part for Sciglimpaglia was shooting his scenes out of order and without a judge, jury, or anyone else in the room. When he questioned his client's mother, for example, there was no one at the witness stand. In addition, he delivered several versions of his opening and closing statements, so researchers can measure the different responses of students or jurors watching the trial. Sciglimpaglia's experience as an actor and a lawyer combined to create a more natural performance and allowed for improvisation on set.

But what of his "client," on trial for his life? "Well, he was guilty," Sciglimpaglia says. "But he was already found guilty; this was the penalty part of the trial. I don't think he was going to be put to death. We did enough to save his life."Has Back Stage helped you get cast in the past year? We'd love to tell your story. Be in the weekly column by emailing [email protected] for New York or [email protected] for Los Angeles with "I Got the Part" in the subject line