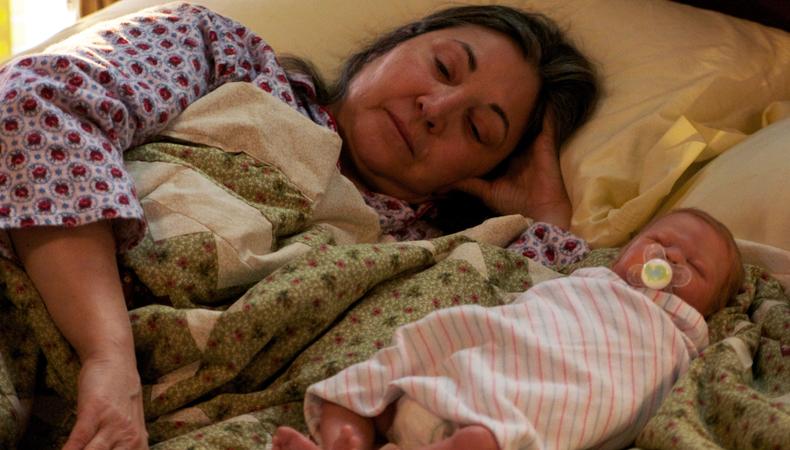 Rania Attieh and Daniel Garcia, recently named “Someone to Watch” by the 2015 Film Independent Spirit Awards, are prepared to take Sundance by storm with their new film. “H.” is an exercise in darkly atmospheric filmmaking, an ancient Greek tragedy twisted into a foreboding modern-day myth. No one captures its ambiguous sense of horror more than Robin Bartlett, whose breakout performance as one of two unraveling women named Helen is generating anticipatory buzz.

Reading the script for “H.,” Bartlett says, “I thought it was quite unique and wonderful but I had no idea who these people were. So I downloaded two shorts they had made and said, ‘Ah, these people know what they’re doing.’ ” She was offered the lead after using a technique more and more actors are finding useful: the cell phone audition. “My husband just held the camera and I read from the script.”

Working with the writer-director team of Attieh and Garcia proved eye-opening in several ways for an actor who has worked with the Coen Brothers (“Inside Llewyn Davis”) and Ryan Murphy (“American Horror Story: Coven”). “It’s a very loose process; there’s a script but you don’t have to stick to it,” says Bartlett. “If you forget a line, you forget the line. As long as the purpose of the scene is reached.” The filmmakers’ style of shooting fit Bartlett’s theatrical training, enriching her ability to act naturalistically amidst unsettling circumstances. “If something doesn’t come naturally I don’t go for it,” she explains. “I think acting is acting whether you’re onstage or in a horror movie or for Woody Allen or whatever.”

When asked about advice for early-career actors, Bartlett recommends “using every opportunity to find out how you work, as opposed to figuring out what they want from you.” It’s a lesson she learned upon graduating from Boston University and realizing she had no practical performance experience. The only way to establish preferences and personal techniques, she says, is to get out of your own way and figure out what works—that and use the right resources, of course. As a postgrad stage actor, Bartlett remembers, Backstage listings provided opportunities to work without necessitating an agent. “I would never have had a job at all if it weren’t for Backstage.”

Jack Smart
Jack Smart is the awards editor at Backstage, where he covers all things Emmy, SAG, Oscar, and Tony Awards. He also produces and hosts Backstage’s awards podcast “In the Envelope” and has interviewed some of the biggest stars of stage and screen.
END_OF_DOCUMENT_TOKEN_TO_BE_REPLACED