How ‘The Room’ Turned Me Into a Cult Movie ‘Star’ 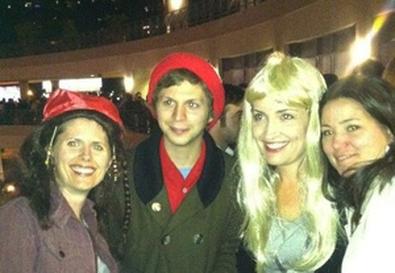 I’m an actress in the worst movie ever made. And now it has a cult following. If you haven’t heard yet of the so-bad-it’s-good dramedy, “The Room,” maybe you’ve been living under a rock? Or maybe you are one of those people with better things to do? I’ve heard of those people. “The Room,” officially recognized by numerous sources as “the Citizen Kane of bad movies,” shows at midnight on Friday and Saturday nights at movie theatres around the world. In fact, “The Room” shows regularly in my hometown of Greensboro, NC. My parents are proud. The plot boils down to this: A devious girl cheats on her saintly-yet-freakish husband with his hot best friend; husband finds out and goes ballistic.

How did this midnight movie crazy train begin? I did what a struggling actor in L.A. typically does. I auditioned – for everything. Urban legend suggests that with a little luck, a part in an independent film can be the Holy Grail for an aspiring actor. With examples like “The Blair Witch Project” and “Paranormal Activity,” the mantra of struggling actors is universal: Audition a lot, accept any part, you never know where, when or how your break will come.

So it was that fate laughed (or spit) in my face the day I spotted the casting call in Back Stage West for the part of “Michelle” in “The Room.” I showed up early for the audition because I was in a play later that night. This decision sealed the deal. In writer/director Tommy Wiseau’s book, being the first one there meant that I had the part. His primary mode of auditioning was telling the actors, “Your best friend just died. Go!” Five seconds later, “You just won the lottery. Go!” In my memory, he even said, “You are a chicken. Go!” But I might have made that part up.

After the audition, he told me, “I like you. I’ll call soon.” I left the audition expecting never to hear from him again. A week went by. Then out of the blue, I got the call. “How fast can you get to the set?” Embarrassingly, I had nothing going on. I also was fully dressed and had taken a shower that day, which is always a feat for a struggling actor.

As soon as I got there, Tommy handed me five pages and said, “We are shooting this in twenty minutes.” Sure enough, a few moments later, I was on the set wearing the same clothes in which I had arrived and we were shooting the infamous “chocolate is the symbol of love” scene. I never saw a script, never knew the context of the scene we were shooting, and never even knew who the characters were. (None of the actors ever saw a script for “The Room.” Tommy was worried that we would steal it.)

I spent several weeks on set, which was a comedy of errors. Three different crews quit. The movie burned through three Lisa’s (the lead) and a few Michelle’s. The crew was forced to scrap footage of the old Lisa and reshoot scenes with the new Lisa and the new Michelle (me). When Kyle Vogt, the guy playing the psychiatrist quit because of another (better) job, Tommy replaced him with Greg Ellery and instead of reshooting Kyle’s scenes, he incorporated the new guy into the film with no explanation.

When the movie premiered in 2003, Tommy ordered a spotlight to project from the Laemmle Fairfax theatre to mark the occasion and hired a PR firm to solicit the actors’ autographs. The theatre was packed with press, crew, friends, and family. I sat behind Tommy which was a bad move because it made stifling laughter difficult. Tommy’s goal was for the audience to be sobbing with grief by the end. We were sobbing, but it was with laughter.

After “The Room’s” reputation spread via word of mouth, a tipping point occurred. In 2008, stories about “The Room” popped up, first on NPR, then in Entertainment Weekly. Celebrities like Paul Rudd, Kristen Bell, and Alec Baldwin became fans, touting the unintentional hilarity of “The Room.” People started contacting me– childhood friends, reporters, strangers – and I got recognized around town. Friends from graduate film school at UCLA with studio jobs called me saying, “I saw a screening of ‘The Room’ on the studio lot. I had no idea you were in it!”

When I go to see “The Room” now, I wear a wig and ask my friends to sport wigs, beanie hats, or facial hair. It’s part of the fun. Last May, a group of us donned our crazy wigs and headed to a screening. We found ourselves in the back of a sprawling line. I struck up a conversation with a fan in front of me, only to discover it was Michael Cera (“Juno,” “Superbad,” “Arrested Development”). He told me, “Coming to ‘The Room’ is one of the most fun things you can do in LA. Look at all these people. It’s a phenomenon.” I agreed, but then asked him, “What do you do when the movie you are in is known as being the ‘Citizen Kane’ of bad movies?” He smiled. “You should embrace it.”

Was he right? Can appearing in a bad movie help your career? Is it true what they say – “Any publicity is good publicity?” My spoof interview about “The Room” has a few hits on YouTube and my Facebook fan page has a few hundred likes. (I set up the page to accommodate fans of “The Room” who friend me.) It’s not much, but it’s something. Since shooting “The Room,” I received an MFA in screenwriting, and when I go on pitch meetings with producers, “The Room” is certainly an interesting topic of conversation. But is it actively helping my screenwriting career? The jury is still out on that one. I’ve considered penning a comedy script based on my experiences with “The Room.” Perhaps that will win me my Oscar.

People often ask me, “Would you appear in ‘The Room’ again if you had to do it all over?” My sincere answer is: Yes. I don’t regret it, and I’m not embarrassed by it. To be embarrassed, I would have to have had a conviction that the film had merit. I realized it was bad at the time, and I always considered myself to be in on the joke. It’s a great life experience for me. I imagine myself in a retirement home telling the other old geezers, “Guess what? I was in a cult movie! Heard of the ‘The Room’?”

That said, here is my advice to actors regarding bad movies: Do only films that you wouldn’t mind talking about for the next 20 years. Because you never know what kind of longevity your projects will have, particularly with clips being available indefinitely online. An independent movie - good or bad - could take you anywhere. It could make you famous. It could make you notorious. It could be a worldwide phenomenon, or it could be “The Room.” So, I say to all aspiring actors: Sidle up to the poker table of Hollywood, play your cards and see what you get. I did. Did I get a full house? More like two-of-a-kind with a wild card. But I’ll take it. ‘Cause at least it’s funny. And I really like to laugh.

Robyn Paris studied acting at Duke University, where she received her BA. Since then, she has appeared in numerous independent films, commercials, and theatrical productions, many of which were actually decent! She studied improv at IO Chicago, The Second City, and The Groundlings and performed on numerous improv and sketch comedy teams. In 2008, Robyn received her MFA in Screenwriting from UCLA, where she won the Samuel Goldwyn Screenwriting award. Robyn works as a screenwriter and lives with her family in Los Angeles.