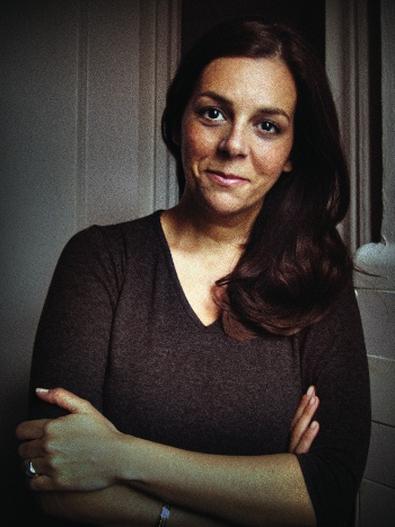 An actor for 18 years, currently at Repertorio Español, Rosie Berrido has been coaching for 15. She’s recently worked with John Leguizamo and on set for Starz’s new show “Power.”

How did you get started?

Coaching, I just sort of fell into; people said, “You’re good at the craft, I like what I see, will you help me?” And that’s how I started. I coach people that have an intermediate level of either [Spanish or English], and I coach them for the acting. So I prepare them for auditions, I help them work on monologues in both languages, etc.

What should actors look for in a language coach?

Someone bilingual, someone who knows the craft, and why not bicultural? How they talk and how they are—it’s part of it, it’s where the actor is at a total advantage. I think we might fall a little short if we want to brush up on our language skills as actors and just go to someone who’s only helping the mouth.

I’d like to be able to contribute to an effort that’s going to create the bilingual modern actor—sort of the actor for the new era. All things Latino are in vogue, so if we really want to expand we need to step it up and embrace that—embrace the culture, embrace the language, and bring the two together.

What advice do you have for both Latino and non-Latino actors?

It’s really important to become whole as a human being—spiritually, ethically, and responsibly. What I’ve done is come up with nearly 100 rules that, if you follow them, there are a lot of areas connected to the craft of acting in the life of an actor that you can use. Stuff like showing up early, falling in line with your ensemble. Also, if you are somehow connected to Spanish roots, if your name is José Martinez, I think you should be able to speak Spanish—it would only increase your opportunities as an actor. [When looking for a coach for your Spanish], find an actor who has good diction, not just someone to show you where to put your tongue. It’s like learning cooking from a professional chef and learning from your grandma.

What were some techniques you used on John Leguizamo’s “Ghetto Klown”?

We worked on the “trabalenguas,” the tongue twisters, techniques, and tongue placement—really traditional speech techniques, accent reduction. He’s Latino, so after a few months of working, it really started coming up for him. The basic difference between English and Spanish is that English is supported by the consonants and Spanish is supported by the vowels; you have to first become aware of that.

Briana Rodriguez
Briana is the Editor-in-Chief at Backstage. She oversees editorial operations and covers all things film and television. She's interested in stories about the creative process as experienced by women, people of color, and other marginalized communities. You can find her on Twitter @brirodriguez and on Instagram @thebrianarodriguez
END_OF_DOCUMENT_TOKEN_TO_BE_REPLACED