Rumorville: ‘The Meg’ and ‘Pitch Perfect’ May Have Sequels on the Horizon + More Projects to Watch 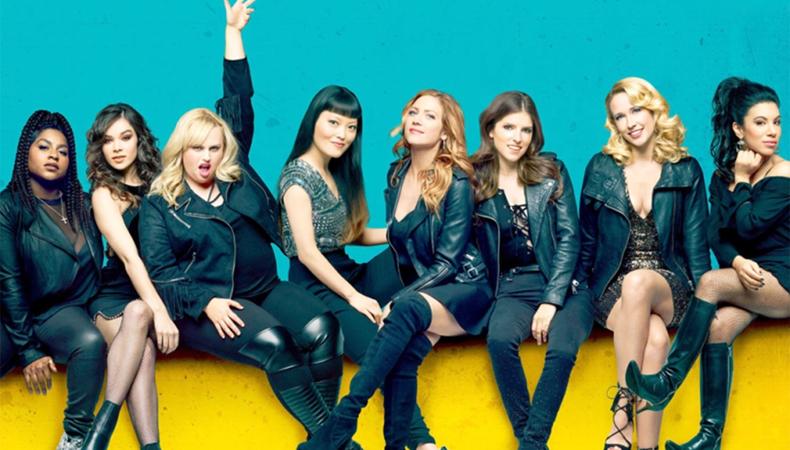 “Pitch Perfect 4”
When something is perfect, why not try to hit another high note? In a recent appearance on “The Ellen Show,” Rebel Wilson hinted at a fourth “Pitch Perfect” movie in development and announced she will be shooting another musical within the next year. While the Australian star, who is currently on a press tour for her latest film “Isn’t It Romantic,” refused to confirm or deny if the musical was a “Pitch Perfect” project, she added, “Us Pitch Perfect girls, we love each other and we always wanna work together.” A recent Instagram photo of Wilson and costars Anna Camp, Brittany Snow, and Chrissie Fit all holding up four fingers also added fuel to the fire. “Pitch Perfect 3” was released in theaters last year. Kerry Barden and Paul Schnee have been the casting directors on all three previous films, so keep an eye on their door for “4” if an official announcement is made.

“The Meg”
Somewhere beyond the sea, there is allegedly a sequel to this summer’s smash hit “The Meg.” According to executive producer Catherine Xujun Ying at the U.S.-China Entertainment Summit, creating another installment to the thriller is “definitely the plan.” The film is, as Ying said, still in its secretive early stages, but the sequel is very much in development. The first film recently became the highest-grossing Sino-American co-production in history, currently sitting at $528 million at the box office as of this past weekend. Not only does the film have the potential for a sequel, but maybe even four sequels considering the first film was adapted from the first book in a series by Steve Alten. Whether one sequel or four, expect casting directors PoPing AuYeung, Mindy Marin, and Liz Mullane to return.

“Birds of Prey”
Warner Bros. is getting a little closer to its wish to have Ewan McGregor play the Batman villain Black Mask in its upcoming Harley Quinn spinoff flick “Birds of Prey.” The studio has been eyeing McGregor for the role since Mary Elizabeth Winstead and Jurnee Smollett-Bell joined the cast, and now, since the start of their collaboration on their “The Shining” sequel, “Doctor Sleep,” they’ve pushed those desires into early talks to bring the star on board. Cathy Yan will direct “Birds of Prey,” which is expected to hit theaters on Feb. 7, 2020. If McGregor ends up in the cast, he’ll join Margot Robbie, Winstead, Smollett-Bell, and Rosie Perez. Rich Delia is in charge of casting the project.

“Trials of the Chicago 7”
The long-awaited political drama “The Trial of the Chicago 7” is finally getting off the ground. The Steven Spielberg-produced filmed will be based on the 1969 trial of seven defendants charged by the federal government for conspiracy following countercultural protests at the 1968 Democratic National Convention. At one point, Spielberg was intended to direct the flick, but now, the baton has been passed to writer Aaron Sorkin, who also penned the script. Next up will be the cast, and two big names are already in talks to star: Sasha Baron Cohen and Eddie Redmayne are both in early talks to play one of the seven leads. Francine Maisler is casting the drama.