How to Run Away and Join the Circus 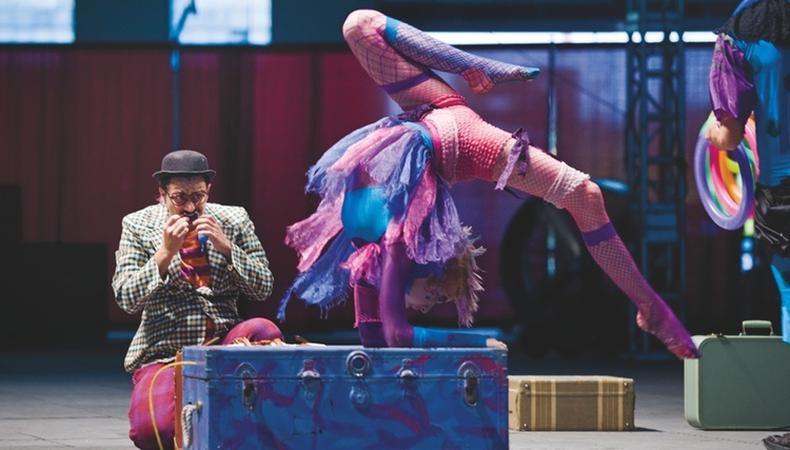 "Just join the circus like you wanted to when you were a kid,” goes the Coleman and Stewart tuner. This month, hundreds of kids will run away to the circus—but as a way of finding a community rather than a means of escape. The American Youth Circus Organization will hold its biennial Youth Circus Festival Aug. 14–18 at the School of Acrobatics and New Circus Arts in Seattle.

Over the course of five days and more than 150 skill- and discussion-based workshops, young circus aficionados from 30 states and three countries will flock to feed their hunger for an art that occupies a niche market. “You don’t always stumble on circus,” said Amy Cohen, executive director of AYCO. “It’s becoming more and more prevalent, but it’s still niche enough that you have to seek it out or create it.” Festivals like the one in Seattle grant circus lovers a place to convene to acquire inspiration, skills, and network connections in order to spark circus in their own communities.

After beginning at a small community circus in her hometown of Princeton, N.J., Natasha Shatzkin attended her first AYCO festival at age 10, hoping to find other kids who wouldn’t see circus as an anomaly. “If you tell people you’re in circus, they kind of look at you and say, ‘You’re in circus?!’ It’s not a normal thing.” Six years later, Shatzkin—now an AYCO Youth Leadership Scholar—still feels most at home in the AYCO world, where she can connect with peers who share her passion. She also loves attending bigger festivals so she can test skills only available at larger facilities.

With this knowledge Cohen and her team chose the location for the biennial festival. “In Seattle, SANCA has really been emerging as a leader in this field, and they have a really big space that’s growing,” Cohen said. The facility appealed to Cohen and her team because attendees would have the opportunity to experiment with tools often not available at smaller local circuses, such as the Cyr wheel, a metal apparatus that acrobats climb into and maneuver as part of performance.

While AYCO offers specialty workshops to match available equipment, circus staples include juggling, clowning, trapeze, aerial acrobatics, and equilibristics. Yet Cohen emphasized that offering workshops for performers of a wide range of skill levels is more important than offering workshops in as many topics as possible. Kids may walk away being able to pass clubs after a juggling lesson, but more important, students learn self-efficacy and teamwork.

Since the first festival back in 2001, the event has been a type of circus think tank where educators share their ideas and work through common challenges and where youths come together to build the future of circus culture. Some of the most in-demand sessions are such discussions as this year’s new “Creating Inclusive Circus: Celebrating Diverse Gender and Sexual Identities.”

“I think what makes circus different is that it’s a noncompetitive athletic art,” said Colleen McIntee, a teacher and performer with Aerial Angels and a work study participant at this year’s AYCO festival. McIntee thinks that her generation and the generation above her “have realized what amazing benefits circus has for young people and have combined to make it more accessible for younger people.” As circus becomes more popular, organizations such as AYCO will only need to increase their visibility—even if from the daring heights of the high wire.