Sacha Baron Cohen and his “Borat Subsequent Moviefilm” breakout co-star Maria Bakalova recently joined us for a deep-dive interview you don’t want to miss! One of the most dynamic performers working today, Baron Cohen digs deep into the mechanics of building a memorable character onscreen, the incredible challenges of getting some of the film’s biggest scenes to come together, the politics behind his work, and his advice for other artists looking to leave their mark. And in the case of Bakalova, the Bulgarian actor weighs in on the wild ride it’s been since blasting onto the scene as a major awards contender this year for playing Borat’s daughter, Tutar. In conversation with managing editor Benjamin Lindsay, this pre-recorded session is available in full below.

They were intent on getting the film out before Election Day 2020.
Baron Cohen: “We made the movie for it to be released prior to the election to make people laugh, but fundamentally to encourage people to vote for Biden (or to not vote for Donald Trump). It’s an emotional story, it’s a comedy, it’s a satire—but fundamentally, it’s a reminder of everything that was wrong with Trump and Trumpism in 90 minutes.”

The audition process for Tutar necessarily kept everything under wraps.
Bakalova: “The audition process, at the beginning, it was like, Is it possible for somebody to give that kind of a huge platform [to] an Eastern European, to be a big part of a big-budget Hollywood movie and to develop a multilayered character, Tutar? Because usually, for Eastern European actors, there’s going to be two lines here and there, and we are almost all the time portrayed as villains. I was like, Is it actually possible? And then, after I sent an audition without even thinking that I’m going to be traveling somewhere for auditions because I didn’t believe it was possible, they called me, and I jumped on a plane with my mom crying at home that she’s probably never going to see me again. And because the project was so confidential, they were basically like, ‘We are not going to give you the script, we cannot tell you the studio behind it, who is the star in this movie, where we’re going to shoot it, when we’re going to shoot it.’ Nothing. And I was like, ‘Sounds scary!’ My mom was like, ‘This is completely a kidnapping situation.’ And I was like, ‘No mom, I have to do it, I have only one life.’ So I went there and I met Sacha, and it was the best day in my life.”

“Borat Subsequent Moviefilm” showcases a different, more emotional Borat than what’s existed before.
Baron Cohen: “The aim here was to create a much more emotional story than had ever been done before in one of our movies. And the challenge there is, how do you do that in a movie that’s with real people but two actors? Because the audience [is] aware that me and Maria are acting. They’re aware [of] who’s real and who the actors are. So the challenge was: How do we get the audience to engage with the emotional journey here? And for me, that [answer] was that we had to play the emotions completely in a very, very true way, that this was the story of the first-ever Kazakh man who loved his daughter, and the first Kazakh daughter who ever stood up to her dad and became independent. And so there are about 12 scenes that we’re tracking those changes, and those had to be very exact. So obviously, there’s improvisation, but there has to be very precise character developments that are conveyed to the audience.” 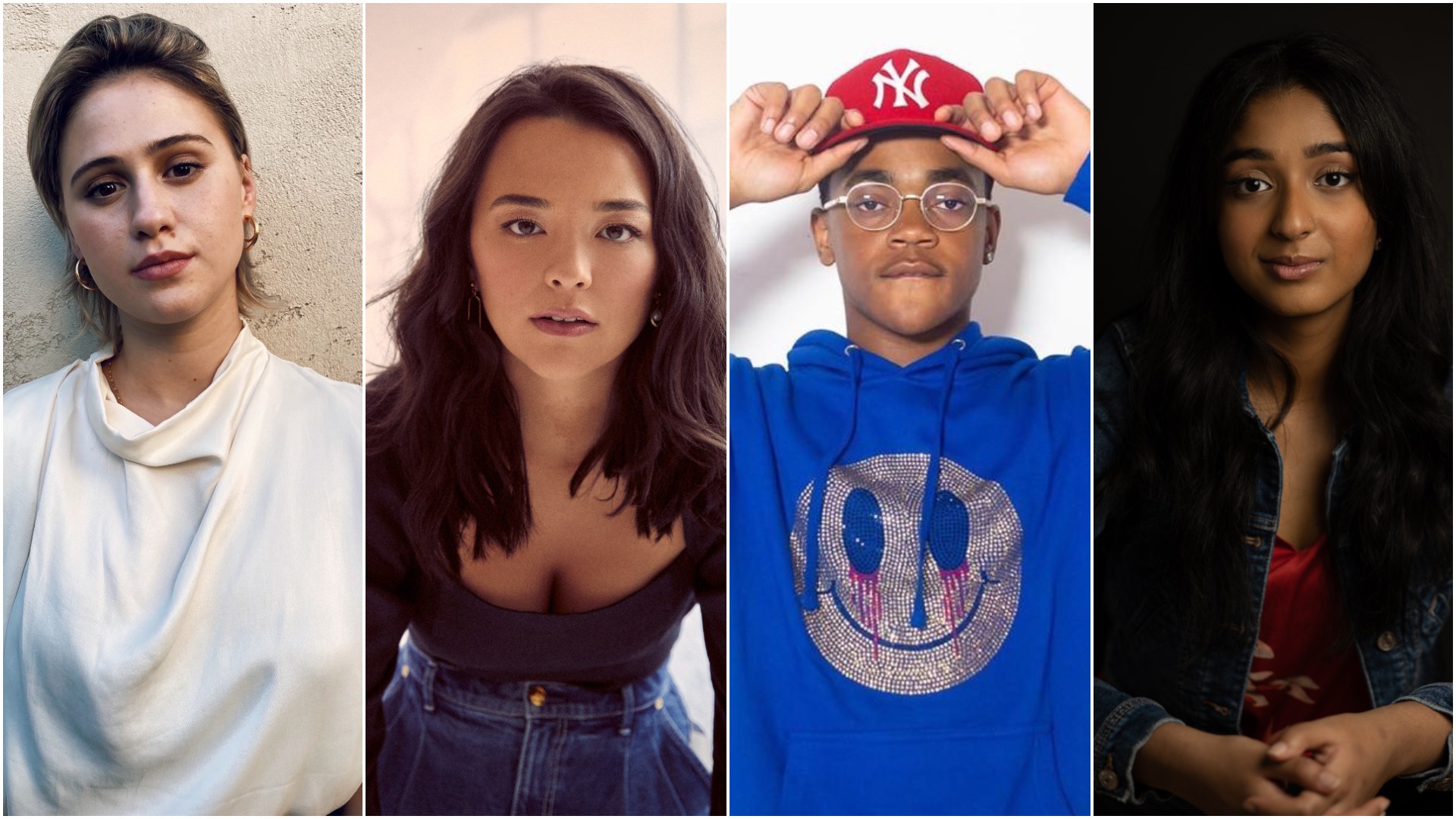 Bakalova’s dramatic training at the Krastyo Sarafov National Academy for Theatre and Film Arts dealt heavily with character psychology, which helped with the film’s unique style.
Bakalova: “The professor that has been training me, their training has been based on [psychiatrist] Carl Gustav Jung, and it’s been always about the thinking of the impossible in the logic of [the] possible. So I had to create a background of the things that I’d been imagining. If you develop a moment, you completely have to know the exposition of the things that were happening before and what’s going to happen after that. So you have to imagine those things, but of course, I’ve never faced [something like ‘Borat’] in a movie world because of course it’s something familiar for all of us that there’s a second take, there is a third take, there’s a fifth take. Here, with this beautiful rollercoaster, we had just one shot to do it. These are real people; they won’t repeat it again. It’s not quite nice to repeat the same joke more than once.”

Baron Cohen: “You can’t ask Rudy Giuliani to go back in the room and say, ‘Can we do that again?’ That’s the challenge here, and that’s why Maria is a one-off: Somebody who is that funny, that believable, that courageous, that emotional an actor, and that professional that you’ve got one take, and it’s gotta be perfect.”

Baron Cohen is re-retiring Borat after this film. What else is on his bucket list?
Baron Cohen: “There’s nothing, really! I mean, for me, taking on a role is so consuming that I try to do it is rarely as possible and when there’s no way for me to say no. So I’ve really only done a handful of other projects. ‘[The Trial of the] Chicago 7,’ I had to play Abbie Hoffman, I’d been obsessed with the character for over 27 years. When Martin Scorsese called for ‘Hugo,’ I had to say yes. ‘Les Misérables,’ that was my favorite musical, I had to do it. And with Tim Burton, I was a huge fan of his, and the same way with Adam McKay. So those have been the only experiences I’ve had. And then I did a TV show called ‘The Spy,’ and I felt I knew about that story, my dad, my late father told me about it, so it was something that I was compelled to do. If something comes along that compels me to perform, then I’m lucky enough that I can hold off until that happens.”

When your nerves are getting the best of you, the best thing to do is use them in the scene.
Baron Cohen: “Try and enjoy performing the scenes, even if they are tragic scenes where you’re crying, or it’s a troubling scene. Try and enjoy the fact that you are performing the scene. And also try and use your emotions that you have prior to the scene for the scene rather than overcoming them. This was something—Maria would call me up prior to scenes and be in tears: ‘I can’t do it, I’m terrified!’ And I’m like, ‘That’s great, use that. Use that fear for this scene and use that adrenaline and energy that it’s going to give you.’ ”

Benjamin Lindsay
Benjamin Lindsay is managing editor at Backstage, where if you’re reading it in our magazine, he’s written or edited it first. He’s also producer and host of a number of our digital interview series, including our inaugural on-camera segment, Backstage Live.
END_OF_DOCUMENT_TOKEN_TO_BE_REPLACED