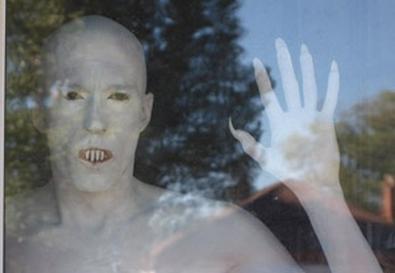 Until he moved to the States last January, Napoleon Ryan had never heard the term "self-starter." "Once you come out of university or drama school, you kind of assume somebody will wave a magical wand over you and you'll have a career," said the English actor, who is now living in North Hollywood, Calif. "I've had to become much more proactive."

Frustrated that he couldn't get to the better auditions because he was not in the Screen Actors Guild, Ryan did what many nonunion actors are now doing: He created a Web series ("Crowded House"), made sure to cast himself alongside at least one SAG actor, and started production. A few months later, he became SAG-eligible, a status that allows him to audition for guild-covered work; he will join the union as soon as he gets cast in something.

In the past few years, the performers' unions and the Alliance of Motion Picture and Television Producers have adopted many new rules governing work made directly for new media. One of the byproducts of those changes has been a new shortcut for nonunion actors who want to join SAG. In the process, actors in the early stages of their careers are becoming producers and discovering a greater sense of empowerment than perhaps they have ever had before.

"I discovered I really do like the process of filmmaking, even the paperwork," said Tanya Giang, who writes, produces, and stars in the Web series "Busted," whose pilot she shot this year. "When you do your own Web short… it's definitely a lot more hands-on, in your control, as opposed to, say, trying to get a small role on a TV show."

In the past, actors such as Ryan and Giang might have been kept on the periphery of show business for a long time by what Giang calls "the vicious cycle": Many agents and casting directors won't see actors without substantial credits; actors can't get those credits unless they're in a union; and they can't get into a union without first booking a union role, which often requires going through an agent or a casting director.

Unions, of course, sustain themselves by bringing in new members, but the usual ways for actors to break through can take a long time and a significant amount of luck: obtaining three vouchers for doing background work, joining another performers' union and waiting a year, or somehow convincing a casting director or producer to cast a nonunion actor in a union production.

Perhaps recognizing the need for younger members (and more income through dues and initiation fees), SAG, the American Federation of Television and Radio Artists, the Writers Guild of America, and the Directors Guild of America now have provisions in their contracts that allow nonunion talent to join the union through independent new-media projects. In fact, in June the WGA East trumpeted its gain of 28 new members this way.

Neither SAG nor AFTRA is nearly as eager to talk about the issue, however. Representatives of each union declined to comment, citing their ongoing negotiations with the AMPTP on a new TV-theatrical contract, of which new-media provisions are a part.

Still, anecdotal evidence suggests that many actors are taking advantage of the changes. Nick Ortiz-Trammell, an actor from Denver, is the driving force behind the Web series "Misanthropicon" and has hired 20 actors so far, 12 of whom are now eligible to join SAG (so far he is the only one who has joined). Brandi Ford ("Diary of a Wedding Planner") has hired 35 actors; she and 13 others are now SAG-eligible. Dan Amos and Elizabeth Pennington ("Secret Millionaires"), a husband-and-wife team in Los Angeles, have hired 12 actors, putting themselves and four others in a position to join the guild.

However, Amos said, "It's not as simple as grabbing a camera."

Before actor-producers can apply to become signatories to SAG's new-media agreement, thereby making themselves eligible to join the union, they need three things: a script, a budget, and at least one cast member who is a "covered performer." That term encompasses many definitions, including current members of SAG or AFTRA—if they have appeared in at least two films, two television shows, or one national commercial.

The first step is to fill out a preliminary information form, found at www.sag.org. If that is accepted, a guild representative will contact the applicant and then send more forms. Among them is a Station 12 form, on which all of the project's performers need to be listed. A guild staffer will then clear the talent—that is, state whether the SAG actors are in good standing, which of any SAG-eligible actors must now join the guild, and which of the nonunion actors need a Taft-Hartley waiver.

A Taft-Hartley waiver, named for the Taft-Hartley Labor Act of 1947, gives nonunion employees a 30-day period in which to join a union after working a union job. For actors seeking SAG eligibility through a new-media production, it means the following: Once they have one waiver for work in a principal (i.e., speaking) role, they can join the union at any time, provided they pay about $2,300 in initiation fees and dues (the total is lower for regional branches such as Denver). If actors don't have the money, they can wait to join and may continue working in nonunion productions until they do. But they cannot work in another SAG project, including new media, until they join.

In these projects, pay is usually deferred, but Ortiz-Trammell and Ryan have spent a lot of time searching for video hosting sites where they can generate income, and several of the actor-producers are devising marketing strategies to drum up viewers. Ortiz-Trammell is confident that the "Misanthropicon" actors will get paid eventually.

"You've seen these awful shows that are getting 4 million hits, and that's tens of thousands of dollars sometimes to the producer," he said. "With the contracts I've set up, everybody owns this; they stand to make several thousand dollars if that were the case. Worst-case scenario, they'll get a check for five bucks." And, of course, their SAG eligibility.

As for out-of-pocket expenses, the actor-producers who spoke to Back Stage have had budgets ranging from $200 to $3,500. The biggest line item is food for the cast and crew. Other expenses include props, costumes, and occasionally lighting. (Most have gotten by with directors or cinematographers who have their own cameras and are looking for work.)

For actors in the earlier stages of their careers, joining SAG or becoming SAG-eligible gives them, ostensibly, more opportunities to audition for union projects or interview with agents than they would get as nonunion actors. However, none of the actors interviewed has noticed a significant difference in the number of auditions or meetings they have obtained since their change in status, and none has yet landed a job. The benefit, for now, is psychological, they say.

"Becoming SAG-eligible was a really big deal for me," said Rayshell Curtiss of Sherman Oaks, Calif., who got her eligibility working in Ford's "Diary of a Wedding Planner." "It sets apart being a professional actor from one who just enjoys acting."

Ryan agreed. "I think it makes people take you a bit more seriously. I know people who have been here five or six years, and they're flabbergasted that I came here in January and in three months I already had SAG eligibility," he said. "I'm very keen to tell them they can become members of the union by doing a Web series and taking control of their careers."