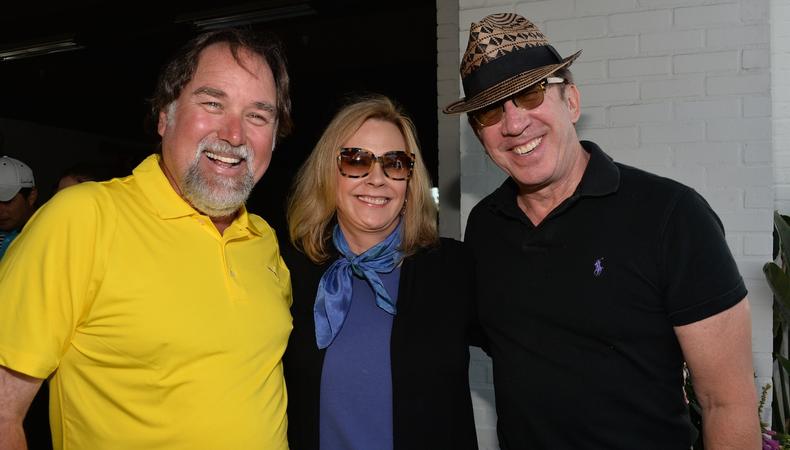 A “Home Improvement” reunion of sorts is set for next month.

Tim Allen, who played Tim “The Tool Man” Taylor on the 1990s sitcom, and Richard Karn, who was his sidekick on the fictional show-within-a-show “Tool Time,” are teaming up to host the Screen Actors Guild Foundation's annual Golf Classic, which “has become the biggest celebrity golf tournament in the country,” according to JoBeth Williams, president of the SAG Foundation.

“We have more celebrity golfers playing in our charity fundraiser than any other, which makes us feel tremendously proud because it’s all about actors helping their fellow actors,” she stated.

Allen said he and his co-star have played in the tournament since its inception, “so it’s about time the SAG Foundation asked us to host.”

He added, “All kidding aside, it’s a great cause. We help raise money for the Foundation’s assistance programs which help our fellow actors. We also spend the day golfing with friends which does wonders for our games. It’s a win-win.”

Karn, tongue firmly in cheek, said the duo, who have also appeared together on ABC’s “Last Man Standing,” have ulterior motives for their participation. “We’re hoping if we step up our participation as hosts, it might karmically translate to our scorecards,” said Karn.