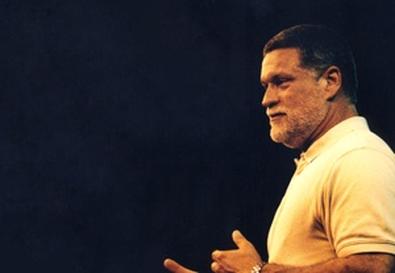 It's a given that as an artist who assumes responsibility for truthfully interpreting the human condition, you'd want to know yourself on the deepest possible level. How else can you expect to understand the characters you play?

Sam Christensen, a Los Angeles teacher who has studied the theories of psychologist Carl Jung, uses a unique approach to helping actors understand themselves. He says that by identifying their "mythic assignment"—a particular behavior that nature has emphasized in their lives—actors can better personalize and enrich the characters they play. At various times in a 30-year professional career, Christensen has been a company manager in New York theater and a Los Angeles casting director. He teaches ongoing acting classes as well as workshops in myths and archetypes.

All human behaviors, a hundred or so, are available to us, says Christensen. The hypothesis, however, is that nature randomly installs dominant traits in the DNA of each individual to balance out the needs of the tribe at large. Each of us "demonstrates" a personal dominant behavior; thus we learn from one another about the spectrum of human characteristics and emotions. "It's not something you use; actually, nature is using you," Christensen says. "It's like your gender—nature is using your body to be male or female; it's just a part of who you are. But the awareness of it means it flows into your work easily and provides an open invitation for others to identify with you."

Christensen points out an example of a "mythic assignment": Jack Nicholson's volatility. "When Nicholson has that going-crazy scene, it's like he's going crazy for all of us. We sort of understand our own volatility a little more." Other core behaviors might be satisfaction, or candor, or jealousy, or curiosity. Jealousy normally has more emotion attached to it, curiosity less, but every behavior pattern evokes feelings, Christensen says.

By the end of a weekend intensive, Christensen learns enough about his students to identify their mythic assignment; several students told me that he's intuitive and charismatic. How do they react to his pronouncement? Usually with resigned recognition; they're likely to say, "Oh shit, not that—that's something I'm always negotiating with. That's the thing that seems to be a larger part in my life than in others."

Putting On Your Own Spin

Once they own the concept, they can begin to put their own spin on their roles. For example, when an actor plays Hamlet, his understanding of his own mythic assignment would give him a natural and personal way to wrap his mind around the Danish prince's decision-making dilemma. Or "if you have the 'satisfaction' myth, you know you can't make a decision because you're never satisfied with any decision you make," says Christensen. "Or if you have the 'conformity' myth: 'I don't fit in; how can I possibly make a decision that will impact a country?' " Christensen also points out that our mythic assignment contains within its perimeters an entire spectrum associated with that behavior, from positive to negative.

For example, among Christensen's longtime students, Charleene Closshey latched on to "cannon." "On one side, it's all about harmony, equalization, balance," she says. But it's also about chaos and anarchy. Closshey at first didn't get it; now she does and can use that knowledge to commit more fully, on a moment-to-moment basis, to the characters she creates. "I try to see where the character would fall on the spectrum of rule, of law, of equilibrium in the universe," she says.

Another student, William C. Albert, always perceived himself as a salt-of-the-earth, blue-collar type, but now he can see more facets of himself. He realizes he's also guarded, reliable, proud, and dependable and can amplify all those qualities as needed. These days, if he's asked to audition for a bubbly guy, he knows it's the wrong role for him. "I can fake it," he says—but if you're looking for a guarded loner, he's your man. "It gives you absolute control over your acting career," he says.

David Fraioli didn't at first understand the assignment Christensen identified for him: "savvy." But he eventually realized most of his life choices come from the clueless end of the savvy spectrum. "There's a whole range," he says, "all the great things about being savvy, and where it gets twisted." Carrie Madsen, given "worry," realized she'd been in denial about that huge part of herself. "The opposite of worry is joy, or freedom," she muses. "My perspective will always have a bit of worry in all its colors and oppositions."

Can you find your mythic assignment autonomously? It isn't always easy, like trying to see the famous forest for the trees, but here are Christensen's suggestions:

List common behaviors and observe yourself: Do some of those behaviors seem more present in you than in others?

Look for your overriding, ruling behavior in conflict situations and negotiations; that will provide a clue—we usually begin those types of discussions by conveying our myth as a way to define how we wish to proceed.

What do others criticize or praise you for? That's another clue.

Which roles have been especially easy to memorize; for which roles did you get especially good reviews? Often that character shares your mythic assignment.

If the actor's job is storytelling, then part of that job is to imbue your characters with your own deepest and truest understanding of human behavior. Actor, know thyself.