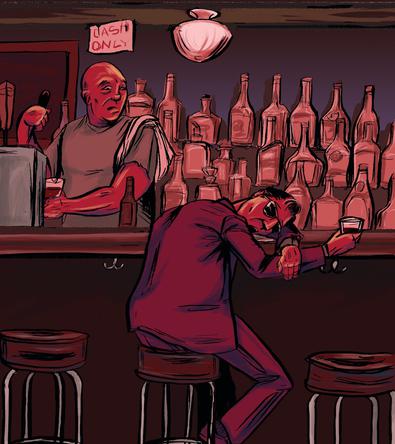 The other night, I was hanging out at my favorite L.A. spot. It’s an underground bar where agents go to drink without having to worry about actors. Trust me, there’s nothing worse than having a good buzz ruined by someone looking for representation.

(And don’t even think about finding this place. You have to know the right street and the right door and the right password and all three change on a daily basis.)

Naturally, every time I’m there I run into the competition, but this bar is a safe place. There are no fights. We all know each other and we have too much in common to argue over nothing. So instead, we enjoy several rounds of tequila and complaints. Our tequila of choice? Don Julio. Our complaint of choice? SAG-AFTRA.

You see, dealing with your union is a major pain in the ass. I would rather have a root canal than call SAG-AFTRA, because I know exactly what’s going to happen when I do. First, I’ll be on hold forever. Then, I’ll be transferred several times because no one ever has the information I need. And when I finally get the right person on the line, their response will be a befuddled “Gee, I don’t know. Can I get back to you?”

That’s just general incompetence. Now let’s discuss a specific issue (and there are many) that affects all working actors.

When I started, production would give actors their per diem in cash at the start of each day. But now production is allowed to give actors their per diem at a future date, after they’ve wrapped. So if you’re shooting a film in the middle of nowhere for five days, you’ll receive a check for $300 when you get home, as opposed to when you need it most. A successful actor can just front the money, but what happens if you’re young and you’re broke and your credit cards are maxed out? How are you supposed to cover your expenses? Isn’t that the whole point of a per diem?