How to Sing in the Studio 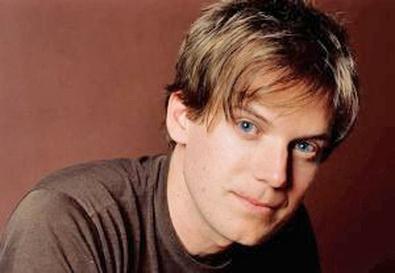 The record producer is often compared to the film director: It is their job to mold and shape a work of art. But record producers and film directors have another role in common, which is to get the best performance possible out of their artists. The relationship between the singer and the producer is critically important if a recorded performance is going to have that magic. Multiplatinum songwriter and producer Xandy Barry has worked with Miley Cyrus, Puddle of Mudd, Britney Spears, Jessica Simpson, Norah Jones, and Interscope Records' newest discovery, Tamar Kaprelian. Barry's production company and record label, Wax Ltd., is based in Los Angeles.

Barry has a simple definition of his responsibility to the singer: "My role is to encourage and acquire the absolute best performance possible from the artist. I do whatever it takes to make sure the best performance gets recorded."

This is not always easy to achieve. The exacting and often sterile environment of the recording studio can be intimidating for singers, especially those without a great deal of recording experience. "When people get in a recording studio, it's often the same sensation they get when someone puts a camera in front of them: Human nature is to tense up," Barry says. "They become self-conscious about the fact that they're being recorded…. The more you can make that sensation evaporate, the better the performance."

Barry takes the time to evaluate each artist. "Every singer is different, and you need to adjust to his or her needs and strengths," he says. "In general, your job is to make them comfortable and, when necessary, to push them. I want to get them to sing as naturally and inspired as possible."

Singers with a great deal of live performance experience can often have difficulty bringing the same level of performance to the studio. They may feel they have to tone down their performance, like an actor going from stage to film, but Barry insists this is not the case. "In certain quiet passages you may need to bring it down, because in the studio a whisper can be clearly heard," he says, "but in recording, you don't want more subtlety, as you would in film acting, because there is no visual element…. You have to become more inspired, because you're just dealing with sound."

Barry believes that preparation is key for the singer. "Practice your songs so you're not singing them for the first time," he suggests. "Get your muscle memory done, so that singing is natural, fun, and easy."

Even veteran performers can benefit from spending time with the material. "When they've just gotten off the road and they record something they've already been singing for a while, it can make a huge difference," he says, "as opposed to people who come in and really don't know the song."

Barry believes that getting to the emotional side of the performance is more important than technical considerations. "I find when you try and mingle with technique, it becomes counterproductive. Besides, there are vocal coaches who are far better skilled at it than I am," he says. "It's really about the emotions and the performance, and singers don't tend to do as well when they're fiddling with their technique."

This brings up the question of Auto-Tune, a device used later in production to correct the pitch in a singer's performance. "I'm not against it per se, but I prefer not to use it," Barry says. He points out that the effect has become so popular, people expect to hear it. "If you turn on popular radio, that's kind of what's going on right now," he says. "I hear singers I've worked with, who have great pitch, singing with pitch correction all over their voice, for effect."

What You Should Know

There are some key things that Barry feels a singer should know about working in the studio: "Singers should know how they like to hear themselves in front of a microphone. Some singers like a bit of reverb, while some singers like their voice very dry." He also suggests that singers not be afraid to ask for adjustments in the mix or their headphones: "Singers should know the relative volume that they like to hear themselves between their own voice and the recorded music."

Barry wants to keep the recording experience as positive as possible. "Sometimes singers think of this as a confrontational relationship, but that's not the case at all," he says. "The whole point of making music is to enjoy oneself, and for others to enjoy it. The more you enjoy it, that's the first thing people hear in a singer's voice." He's even willing to stop a day's work in order to keep the energy positive: "Some days you've got to just throw the towel in, because you're just not going to get anything better than what you already have. Rather than drag everyone through the awful process of diminishing returns, it's better to just come back and try it again when everyone's fresh."

Barry has a clear goal for the finished recording. "A great recorded performance," he says, "is one that has the ability to transport people and move them, to shift their emotions and inspire them to action, to take them out of their moment and capture them."