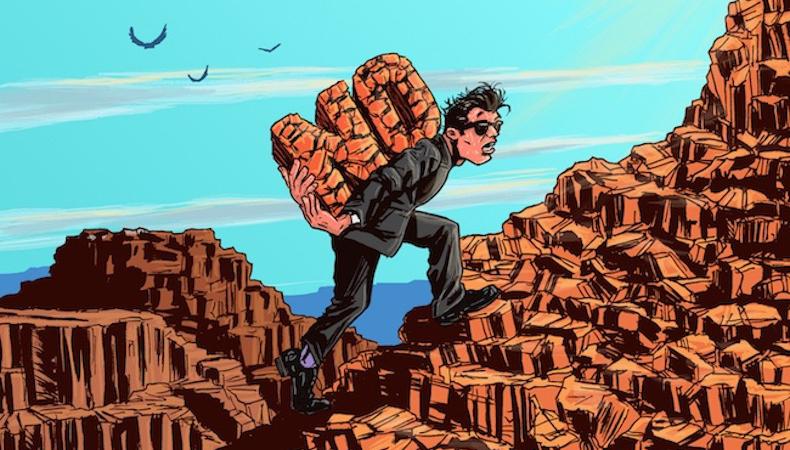 Despite what you’ve heard, agents are not magicians. There are limits to our power. No matter how hard we try, there are times when we cannot turn a bad deal into a good one. That’s when we’re left with no choice other than advising our clients to pass, and that never goes well.

I have a theory that actors are born without the ability to say no. Maybe it’s a genetic thing. It’s been my experience that most performers would rather endure a root canal that goes on for hours than pass on a bad offer. Or maybe there’s a psychological component at work. After all, most actors spend a large part of their lives being rejected. No one will sign you. No one will hire you. No one will admit you exist. And then when someone finally presents you with a “Yes,” some idiot agent wants you to turn it down?!

Now here’s the thing you need to understand: Saying no is a power, just like the one that allows David Banner to transform into the Hulk. It’s not something you want to do every day, but it’s nice to know you can if you need to.

READ: Why All Rookie Mistakes Aren’t Easily Forgiven in Hollywood

I recently had an offer for a client to do a one-day part on a cable drama. I’m talking about the kind of actor who has a substantial résumé and rarely works on anything smaller than big guest star roles. In this particular case, the casting director had made me a straight offer, hoping my client would be flattered enough to accept it if he didn’t have to audition.

That was a nice gesture, but there was still no reason to say yes. The part was too small and the money was crap. So I told my client to pass. He was actually in the office that day, so I got to see his reaction in person. At first, he just stood there, frozen in place. Then he started to tremble. His face turned red. And suddenly, his entire body exploded like a bomb had gone off inside his guts and I was showered with gore.

All right, that last part didn’t actually happen—but he definitely didn’t take my advice well. My client was afraid the casting director would be upset. I countered that she was a fan and would totally understand. Long story short, we did indeed say no and about a month later, he booked a two-episode arc on the same show.

This kind of reasoning applies at every point in your career. Let’s say you’re just starting out. Signing with your first agent is a big step. It’s hard to find anyone who will take you. But that doesn’t mean you have to say yes to the first offer that comes in. Sometimes, you’re better off passing on the wrong agent and waiting for the right one.

Saying no is even more important these days when so many actors are getting hurt on set. Never, ever say yes to a request that might cause you harm. That’s what stunt people are for. They like having their bodies destroyed. That’s their thing.

“No” is just a single-syllable word with two letters, but it carries a lot of weight. So don’t be afraid to use it. God knows casting directors aren’t shy about saying no when yours truly is calling to pitch.

Ready to book work in the City of Angels? Check out Backstage’s Los Angeles audition listings!