How Do Scares Fare During Awards Season? 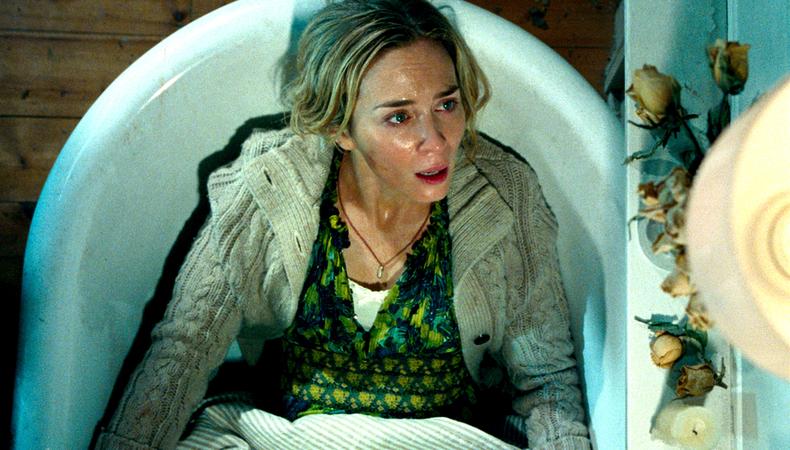 Films that terrify the masses have—until recently—scared away the serious accolades.

Yet during March’s 90th Academy Awards ceremony, the horror genre emerged from out of the shadows and crept its way under the mainstream spotlight, garnering rare recognition in major categories. Guillermo del Toro’s “The Shape of Water,” a love letter to the Universal Monster movies of the 1930s and ’40s, took home Best Picture, plus several acting and technical nominations. Meanwhile, “Get Out,” Jordan Peele’s haunting social commentary about systemic racism, with its share of jump scares and atmospheric dread throughout, earned the first-time filmmaker a statue for Best Original Screenplay, and was a contender for the evening’s top prize.

On top of that, “Get Out” became the second horror film to win Best Feature at the 33rd Film Independent Spirit Awards, after “Black Swan” in 2010, and won Peele a Writers Guild of America Award. For “The Shape of Water,” del Toro won the Golden Globe for Best Director. Not even Alfred Hitchcock, the master of suspense himself, ever received a major award for directing. Hitchcock was nominated for five directing Oscars over the course of his career, but never won. Steven Spielberg, too, was snubbed by the Academy for “Jaws” in 1976, although the monster movie was up for Best Picture.

Between both of last year’s horror-inspired films, too, four nominations were announced at the 24th Screen Actors Guild Awards, including for leading actor (Daniel Kaluuya in “Get Out”) and leading actress (Sally Hawkins in “The Shape of Water”). Both actors went on to receive Oscar nods.

Such acclaim for these genre titles was and is a big deal; crowd favorites “The Shape of Water” and “Get Out” have joined a very exclusive club of scary flicks—albeit complex, smart, and superbly acted ones—in the running for the Academy’s biggest prize. The others are “The Exorcist,” “Jaws,” “The Sixth Sense,” “Black Swan” and “The Silence of the Lambs,” the latter of which, in 1992, became the first and only horror genre film in the six-decade history of the ceremony to win Best Picture. It also nabbed the gold for directing (Jonathan Demme), actor (Anthony Hopkins), actress (Jodie Foster), and Best Adapted Screenplay.

Even hugely influential horror films like “Bride of Frankenstein,” “King Kong,” “The Shining,” “Halloween,” and “Alien” were ignored by Oscar voters upon release, based on what could be construed as a longstanding genre bias. The same goes for recent, critically acclaimed works by exciting new filmmakers and performers, including “It Follows,” “The Babadook,” “Raw,” and “The Witch.” However, these fright flicks were recognized at various indie, genre, and foreign film ceremonies, like the Austin Fantastic Fest, New York Film Critics Circle, the Louis Delluc Prize, and the Spirit Awards.

Looking ahead at this year’s awards season, it seems possible that at least one horror film might carry the torch that “Get Out” helped light. Writer-director Ari Aster’s feature debut “Hereditary” screened at Sundance in January and appeared in theaters June 8, a harrowing, relentless, and delirious look at grief and family, anchored by a powerhouse performance by Toni Collette and a strong ensemble cast. It’s a much more traditional horror film than “The Shape of Water” and “Get Out,” with haunted house elements and demonic possessions, but the A24 hit could serve as the perfect litmus test for whether or not Academy voters will grant this genre a seat at the table. Just this month, Aster and Collette were among the Independent Filmmaker Project’s Gotham Independent Film Award nominees, for the Bingham Ray Breakthrough Director award and Best Actress award, respectively. Collette, who was Oscar-nominated for Best Supporting Actress in 1999’s paranormal horror hit “The Sixth Sense,” has already made early awards predictions lists for “Hereditary,” a recognition that wouldn’t be too out-of-left-field for a female horror star of her caliber.

In fact, the Oscars and other major award ceremonies have not shied away from recognizing the women who either take down the monsters or are the monsters themselves. Back in 1968, actor Ruth Gordon won Best Supporting Actress for her sinister role in Roman Polanski’s “Rosemary’s Baby.” Also that year, Audrey Hepburn was nominated for Best Actress for the horror-thriller “Wait Until Dark.” At the 1974 Oscars, a then-15-year-old Linda Blair was nominated for Best Supporting Actress for her captivating dual role as the demonically possessed Regan in “The Exorcist” (and won a Golden Globe), while her onscreen mother Ellen Burstyn was nominated for Best Actress. Other Oscar winners within the genre include Kathy Bates in “Misery” and Natalie Portman in “Black Swan.”

Speaking of Portman, her performance in this year’s Paramount feature “Annihilation,” a bleak and trippy sci-fi-horror story about scientists exploring uncharted territory co-starring Jennifer Jason Leigh, Gina Rodriguez, and Tessa Thompson, received plenty of critical attention when the film opened in February (usually a graveyard slot for film releases, but that is the month that gave us “Get Out”!). The film was also written and directed by Alex Garland, whose hypnotically creepy “Ex Machina” was nominated for the original screenplay Oscar in 2016 and star Alicia Vikander was up for supporting actress at the Golden Globes that year.

John Krasinski’s commercially and critically successful monster movie “A Quiet Place” also distributed by Paramount, raised a lot of eyebrows this year with its masterful buildup of tension, impressive visual storytelling, and gut-wrenchingly real performances, especially from Emily Blunt. Could the film tiptoe its way into the awards circuit? “It’s certainly deserving,” wrote Adam Chitwood in his Collider review of the film. “And as ‘Get Out’ and ‘The Shape of Water’ prove, the definition of an Oscar movie has shifted, hopefully permanently, to include all kinds of films. With any luck, ‘A Quiet Place’ won’t be forgotten.”

And who knows? Maybe this is a year that sees the coveted “scream queen” Jamie Lee Curtis of box office hit “Halloween” in the running...and not from Michael Myers.