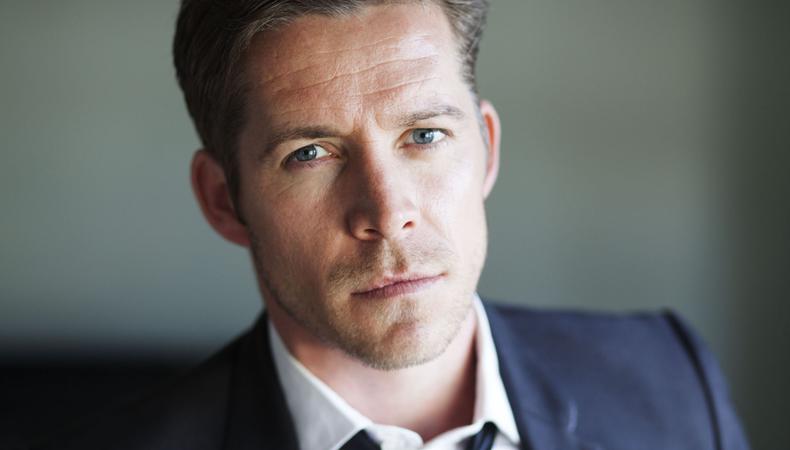 Story time is back in session, and Sean Maguire is at it again. As the iconic Robin Hood in Season 5 of “Once Upon a Time,” the English talent does much more than take from the rich and give to the poor.

On Season 5.
“At the end of Season 4, Emma had sacrificed herself to become the Dark One so that she could save the others, and that’s exactly where we pick it up. We’re trying to figure out what happened and how we can save Emma.”

On the series’ international fan base.
“It’s just amazing to me how big a following the show has overseas. I’ve been on lots of television shows over the course of my life, and I don’t really ever recall seeing a fandom that is as passionate about a show as they are about this. It’s a little overwhelming at times, but it’s a lovely honor for it to mean something to people.”

On portraying the iconic Robin Hood.
“There are certain famous roles to take on, you know, whether it’s James Bond or Batman—things where you say the name and people go, ‘Oh, yeah, I know exactly who you’re talking about.’ On the one hand, it’s a challenge to be given the hood for a period of time, but it’s also a little daunting. The most important thing is to know that first and foremost, he’s a human, not a legend and an icon. He’s just a father and a leader. That’s what I try to focus on.”

On his decade-spanning career.
“The first film I made was ‘A Voyage Round My Father’ when I was 5 years old. I wasn’t desperate to become an actor at 5, but I got this job, and then I realized that being on a set and being part of a unit and making a show or a movie just really excites me. My passion for it has never waned. I feel incredibly lucky that I’ve managed to have a career that’s lasted this long. A lot of the people that I started out with when I was very young no longer do it because it’s a challenging occupation.”

On his musical past.
“When I was young, I kind of fell into pop music, and it wasn’t really what I naturally wanted to do. It was just a series of events that led me to it. I was just sort of a pop factory product, if you will. There wasn’t passion and guts in there, and if I don’t have that, it doesn’t tend to feel very valid for me. I just play now for my son, really. He can’t tell me, ‘Dad, stop it! You’re rubbish.’ ”

Benjamin Lindsay
Benjamin Lindsay is managing editor at Backstage, where if you’re reading it in our magazine, he’s written or edited it first. He’s also producer and host of a number of our digital interview series, including our inaugural on-camera segment, Backstage Live.
END_OF_DOCUMENT_TOKEN_TO_BE_REPLACED