Is Seattle Really the ‘Actors’ Paradise’? 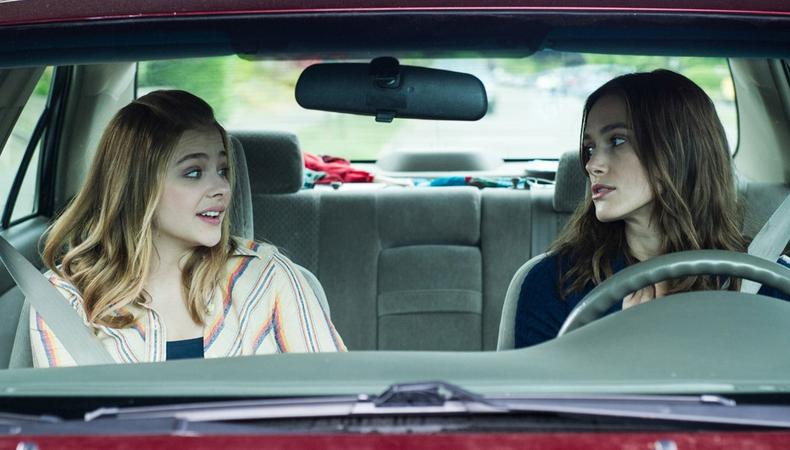 If the Seattle film scene burst into the national consciousness in 2009 with Lynn Shelton’s “Humpday,” it’s the rest of the vibrant community that has given it longevity.

“One filmmaker coming out of Seattle is like, ‘Oh look!’ ” says Alycia Delmore, a Seattle actor who starred in “Humpday.” “But now that it’s more people and it’s this heavy base of female directors and producers, I think that now we’re a community as opposed to a band of people who work with Lynn Shelton.”

Among them are director Megan Griffiths (“The Off Hours”)—recently represented at Tribeca Film Festival with “Lucky Them,” starring Toni Collette—and producer Mel Eslyn, who continues to advocate for Seattle even as she finds success elsewhere, most recently with the festival circuit favorite “The One I Love,” starring Mark Duplass and Elisabeth Moss.

“The heart of it comes from a personal preference, but from a professional standpoint there is this amazing feeling and vibe from the filmmaking community and the artists there,” Eslyn says. “Not only is there a pool of talented people there, they’re all these warm, wonderful human beings. Now that we have it, I don’t want to let go of it!”

That pool is such a part of the city that it even has a name: Crewtopia. “It’s become somewhat controversial,” Eslyn says, “because people think we’re saying that Seattle is the perfect center for how things are done right, but that’s not what we’re saying. We’re saying there’s a feeling on set that we strive for, that we’re all in it for the same goal and to be successful together.”

Shelton, who just completed her largest film to date with “Laggies,” starring Keira Knightley and coming to theaters Sept. 26, insisted that the movie shoot in Seattle. “One of the ways I was able to convince my producers to shoot in Seattle was my crew are all here,” she says. “An entire camera department, grip and lighting, entire art department—everybody is here!”

Likewise, the deep pool of acting talent also provides filmmakers with plenty of choices. “There were a number of smaller but really key roles that I and my producers kind of assumed we’d have to fly people in from New York or L.A. for,” Shelton says of casting “Laggies.” “But I remember this one day, six out of eight supporting roles I was so sure we’d have to go out of town for, people came in and just nailed these parts. I was floored. Just amazing, amazing talent. So great, so funny. Everything I needed them to be.”

Eslyn agrees, saying that if “The One I Love” had had a larger cast, she would have hired Seattle actors for the Ojai shoot. But she’s also quick to encourage additional faces to head to the Northwest. “It is such an actors’ paradise and yet we need more actors,” she says. “There are so many great actors in Seattle, but the hard reality is the pool isn’t as big as New York or L.A., so you can’t always pull from the same pool. But I would love to have more, just as far as diversity. You might ask an actor and they’d say something different, but there are a lot of jobs around. You’ve got Amazon, Microsoft—everyone is trying to find what is the new media. I think Seattle’s the perfect place for an actor.”

For Delmore, the smaller Seattle scene suits her just fine. “Everybody I knew in Los Angeles who had moved to try to be an actor was deeply unhappy,” she says of staying in Seattle after college. “And Seattle has afforded me the luxury of being able to choose really wonderful projects.”